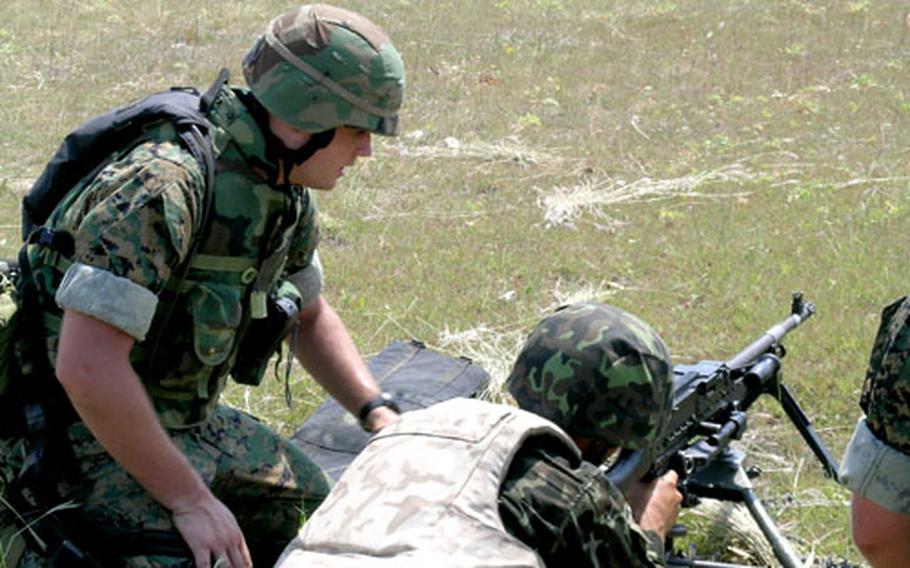 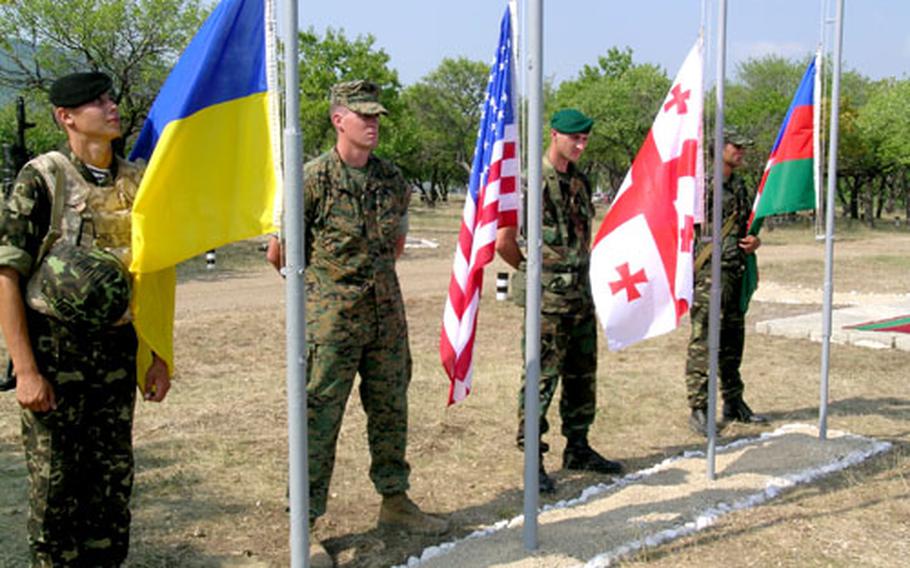 A company of Marine reservists arrived last week in Ukraine for a two-week mission designed to train troops from three Black Sea nations to perform peacekeeping in their at-times volatile region.

The 200 Marines, from Company F, 2nd Battalion, 23rd Marine Regiment of Nevada and Utah, will train with 250 troops from Ukraine, Georgia and Azerbaijan on the Crimean peninsula.

There also will be some live-fire exercises, and the exercise will culminate with a two-day amphibious operation that moves into a peacekeeping scenario.

&#8220;More than anything, we&#8217;ve got Marine Corps martial arts training on the schedule,&#8221; said Lance Cpl. Robert McCook, also on the phone from Ukraine.

Ukraine, Georgia and Azerbaijan have all experienced political strife in recent years.

The three nations also border the volatile Chechnya region of Russia as well as other potential hot spots.

The exercise is being performed as part of NATO&#8217;s Partnership for Peace program.

Training will not be just for the grunts and their comrades.

Officers from the four nations also will practice command and control techniques.

Training is scheduled to run through Aug. 15.

Safety is the first goal, according to Maj. Ben O&#8217;Rourke, the Company F commander.

Troops will be firing AK-47 and M-16 rifles and M-240 ground-mounted machine guns during live-fire exercises, and possibly mounted guns as well from the Ukrainians&#8217; armored vehicles.

But ultimately, the Marines hope to help troops from the other three nations work together to keep peace in the region if necessary.

&#8220;We convey to the Marines that they have to have a sense of courtesy and respect as guests in Ukraine. They should be inquisitive, eager to speak and learn from the Ukrainians and (troops) from the other countries and tap into the resources they have here.&#8221;

For many of the young Marines, it will be their first experience like this.

&#8220;Communication is kind of awkward, but we&#8217;ve got some really good translators here. Being military men, both sides can pretty easily get the same points across.&#8221;