Marines to place Europe-Africa command under 2-star in Germany 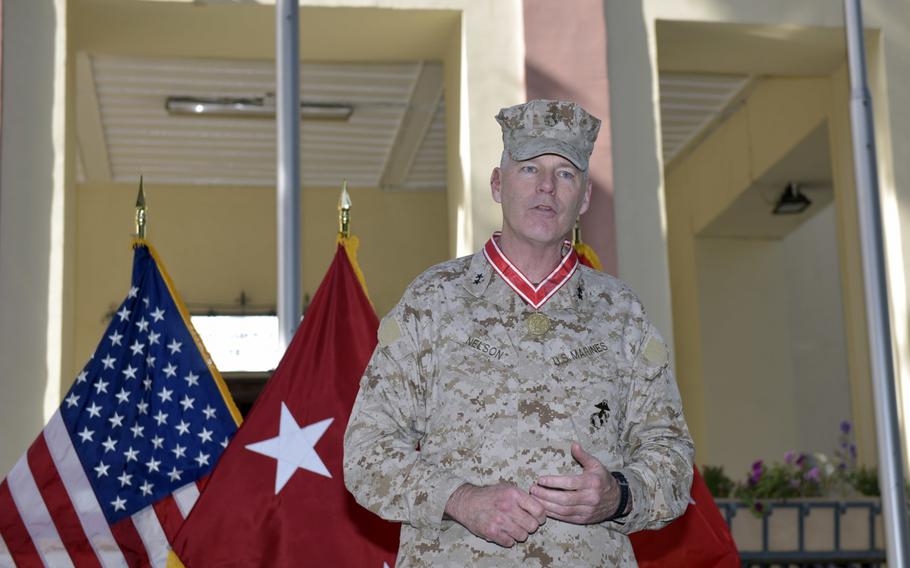 NAPLES, Italy — Command of Marine forces in Europe and Africa will fall under a two-star general stationed in Germany beginning Wednesday, a milestone in the command’s 35-year history and a reflection of the Corps’ growing role in both theaters.

The incoming commander, Maj. Gen. Niel Nelson, said Tuesday that the streamlined force and his presence overseas will improve the Corps’ ability to work with U.S. commanders and allies alike.

“I think it sends a definite signal that we are serious about our commitment out here to our (combatant commanders) and our partners,” he said.

The two men shared a common staff in the Stuttgart garrison, which will continue to work with Nelson.

The change is the latest in the evolution of a command that until six years ago existed largely to support Marines transiting to the Middle East.

Marines began working with Georgia’s armed forces in 2009, training troops from the Caucasus nation for regular deployments to Afghanistan. The next year saw the beginning of the Black Sea Rotational Force, a regional training program based in Romania.

Both relationships have acquired greater significance with Russia’s annexation of Ukraine’s Crimea Peninsula in early 2014. Marines continue to train Georgians and they are currently bolstering the Black Sea force with an armor and artillery company in Bulgaria.

In 2011, the Corps created a rotational task force at the U.S. Navy base in Sigonella, Sicily, to consolidate training efforts in Africa. The task force sends small teams of Marines to train with African armed forces in everything from infantry and small boat tactics to logistics and it played a role in moving equipment for last year’s operation in west Africa to help combat the spread of the deadly Ebola virus.

The growth of the Corps’ training role in Europe and Africa has been accompanied by a new emphasis on crisis response across the region, the result of the 2012 terrorist attack on a U.S. diplomatic facility in Benghazi, Libya.

The Corps formed a crisis-response task force in Moron, Spain, in 2013, which has since grown from roughly 500 Marines and a temporary mandate to a permanent force with a cap of 3,000 Marines. Task force members have deployed several times to aid American diplomats in Africa, including to South Sudan in 2013 and Libya last year.

“My vision out here as a new commander is to continue to be that crisis-response force of choice for both EUCOM and AFRICOM,” Nelson said, referring to U.S. European Command and U.S. Africa Command.

The emphasis on crisis response has also pushed Marines to confront their lack of sealift in the region. With American amphibious vessels a rare presence in the Atlantic and Mediterranean, the command has looked at using allied warships as a jumping-off point for MV-22 tilt-rotor Ospreys in the event of a crisis.

That effort, called the Allied Maritime Basing Initiative, will be explored further during several exercises and trials this fall.

Nelson assumes command from Neller and Beydler during a Wednesday ceremony at command headquarters in U.S. Army Garrison Stuttgart.