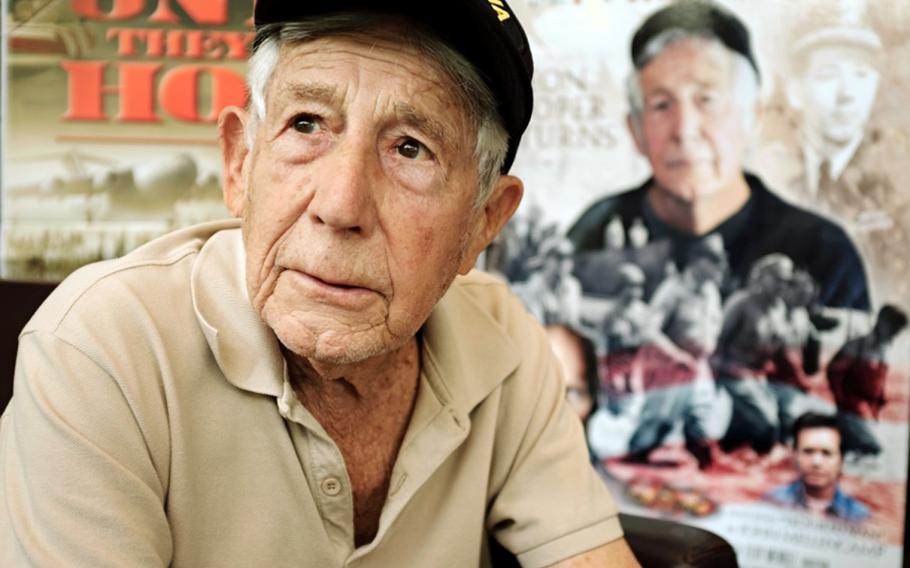 Buy Photo
The Marine Corps will present a flag to the family of World War II veteran Leon Cooper, who dedicated his final years to repatriating the remains of his fallen comrades. (James Kimber/Stars and Stripes)

The Marine Corps will present a flag Saturday to the family of a Navy landing craft commander who ferried troops to Tarawa and dedicated his final years to repatriating the remains of fallen comrades.

Memories of Tarawa and other Pacific World War II battlegrounds haunted Leon Cooper, 98, who died after a fall on Nov. 16 in Malibu, Calif., said his daughter, Jeanie Cooper, 57, of San Jose.

A group of Marines will present an American flag to the fallen sailor’s youngest son, Bill Cooper, 47, during a “celebration of life” ceremony at Calamigos Ranch in Malibu, she said.

The former Navy lieutenant and Higgins boat commander brought Marines ashore during a November 1943 assault on Tarawa and returned to collect the dead and wounded after the three-day battle.

“He took a lot of [young Marines] to their deaths,” Jeanie Cooper said. “He spent the last 25 years of his life trying to repatriate them. He felt like he owed it to them.”

More than 1,000 Marines were killed fighting on the atoll 2,400 miles southwest of Hawaii, and hundreds were still missing in action decades after the war ended.

Cooper went back there in 2008 and was featured in a documentary called “Return to Tarawa: The Leon Cooper Story.”

“It tears me up because I saw so many of these kids die,” he said at the time. “And they deserve to be brought home.”

The documentary led to legislation aimed at getting the Pentagon to prioritize the return of remains from Tarawa.

In 2015, after dozens of sets of remains were recovered from the atoll, Cooper, who participated in six battles including the battle of Iwo Jima, began advocating for the return of all servicemembers lost in the Pacific during the war.

“More of our guys lie in unmarked graves in the Pacific than in Europe, where battles were in areas with urban populations,” he told Stars and Stripes during a visit to Tokyo in 2015.

Jeanie Cooper, mother of a present-day Marine, said her father remained a “tough old bird” and a joker to the end. A month before he died he passed a test to renew his driver’s license, she said.