Marines take on the unfamiliar in Japan exercise 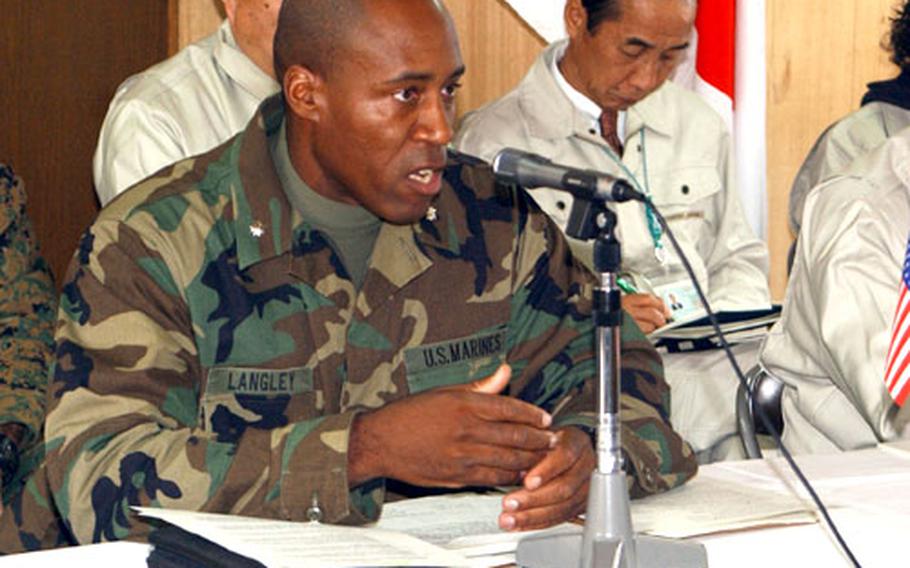 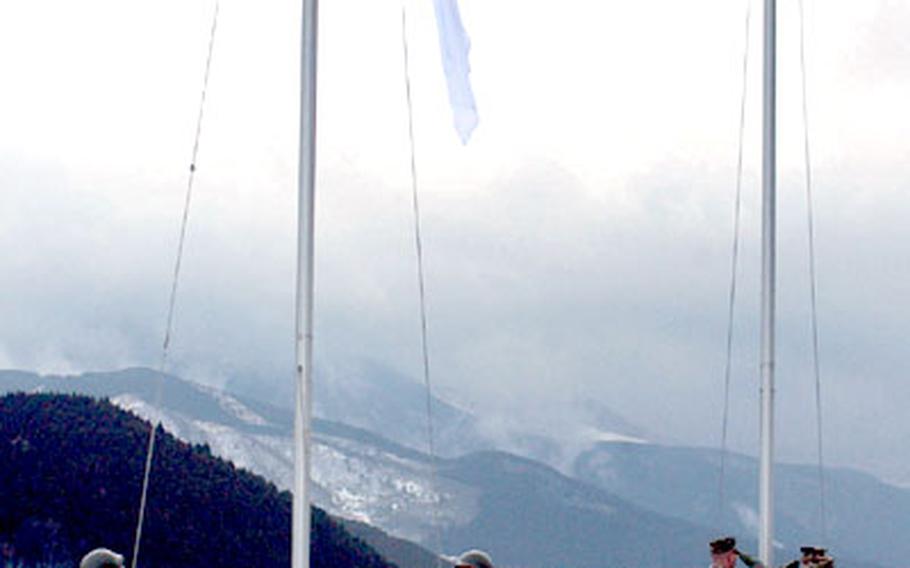 Marines render salutes after raising the colors while Japan Ground Self-Defense Force servicemembers raise the flag of their country at the Hijudai flagpole Jan. 21. The colors ceremony marked the beginning of the Hijudai artillery relocation exercise, which runs until Feb. 6. (Adaecus Brooks / Courtesy of U.S. Marine Corps)

As far as the commanding officer of the 200 Marines training here is concerned, that&#8217;s the good news.

&#8220;Because this is an unfamiliar training area, the Marines will be pushed out of their comfort level,&#8221; Capt. David Everly, commanding officer of Battery B, 1st Battalion, 12th Marine Regiment, stated in a news release. &#8220;The environment will be a great challenge, but that is why we are here: We want challenging training.&#8221;

More than 200 Marines, deployed to Okinawa from Hawaii, have converged on the maneuver area here for a live-fire battery-level artillery exercise that began Monday.

The Marines will take part in day- and night-fire training during the exercise, which lasts until Feb. 6. The Hawaii unit is attached to the 3rd Battalion, 12th Marines, 3rd Marine Division, as part of the Unit Deployment Program.

&#8220;This exercise will give our Marines the opportunity to practice and fine-tune their skills,&#8221; he stated in the release, &#8220;to effectively complete our mission:&#8221; helping defend Japan and responding to any regional strife where artillery is needed.

One Marine taking part in the exercise said he expects the training also will build teamwork.

&#8220;Because the atmosphere is so different, it will emphasize the need to focus and work together to get the job done,&#8221; Sgt. Michael Elkins, guns platoon section chief, stated in the release.

Langley also said safety, as always, will be a priority. &#8220;The harsh conditions of the environment only highlight our need to keep safety in the forefront of our daily operations.&#8221;