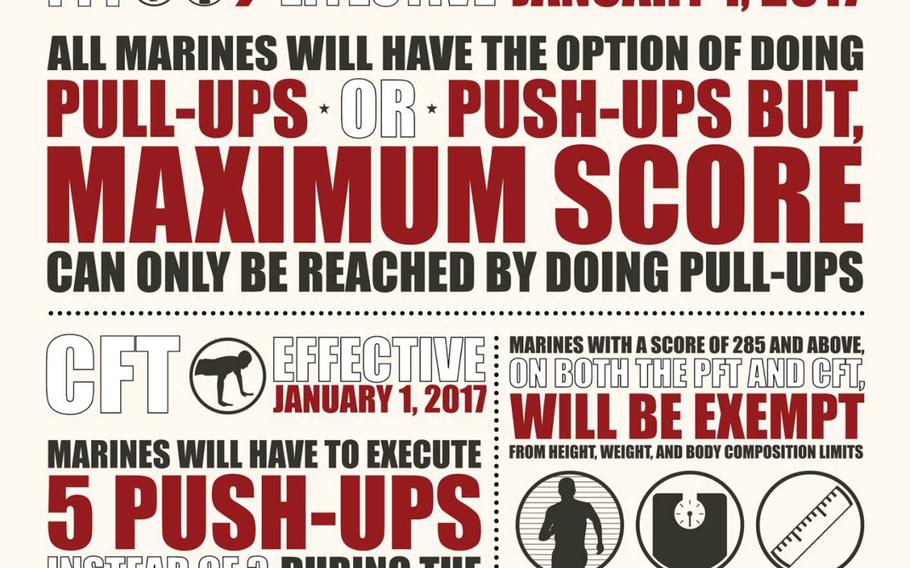 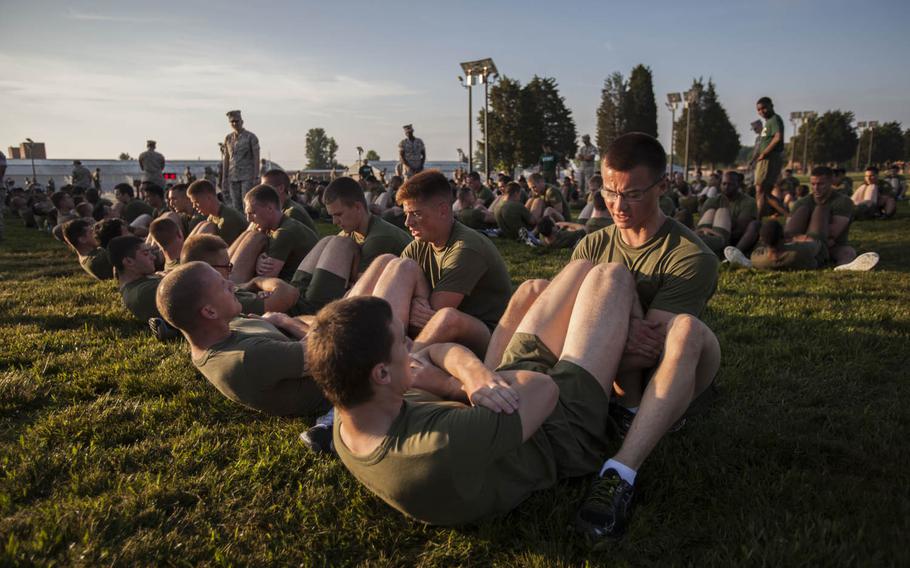 Major changes are in store for the Marine Corps’ physical and combat fitness tests, while tweaks to the body composition program are already in place.

The changes are being implemented to “ensure standards are relevant, challenging and also allow for greater distinction between Marines of different fitness levels and age groups,” said a Marine Corps statement issued Friday and signed by Gen. Robert Neller, the service’s commandant.

Effective Jan. 1, 2017, all Marines will have the option of doing pull-ups or push-ups; however, only those who choose pull-ups will be able to earn maximum points on the PFT, the physical fitness test. The flexed arm hang for women will be eliminated.

“Push-ups become an option on the PFT, but Marines are incentivized toward pull-ups, as these are a better test of functional, dynamic upper body strength and correlate stronger to the physically demanding tasks,” the statement said.

Also taking effect Jan. 1, Marines taking the combat fitness test will have to complete five push-ups instead of three during the maneuver under fire following the simulated grenade throw.

Marines who score 285 and above on both the PFT and CFT will be exempt from height, weight and body composition limits and will be allowed an additional 1 percent of body fat.

Other changes to the body composition program include relaxed weight limits for female Marines, the use of more precise tape-measuring devices and moving BCP waiver authority to the first general officer in a Marine’s chain of command. These changes take effect immediately.