Marines speak out on stop-loss orders 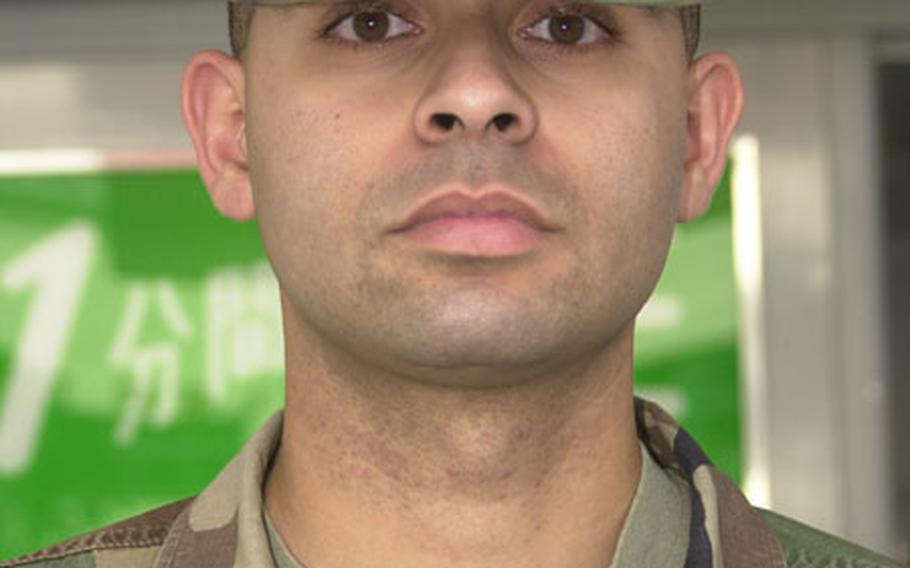 Marine Sgt. Juan Ramos said the stop-move policy won&#39;t affect him personally, but friends might have to put off college or wedding plans. (Mark Oliva / S&S) 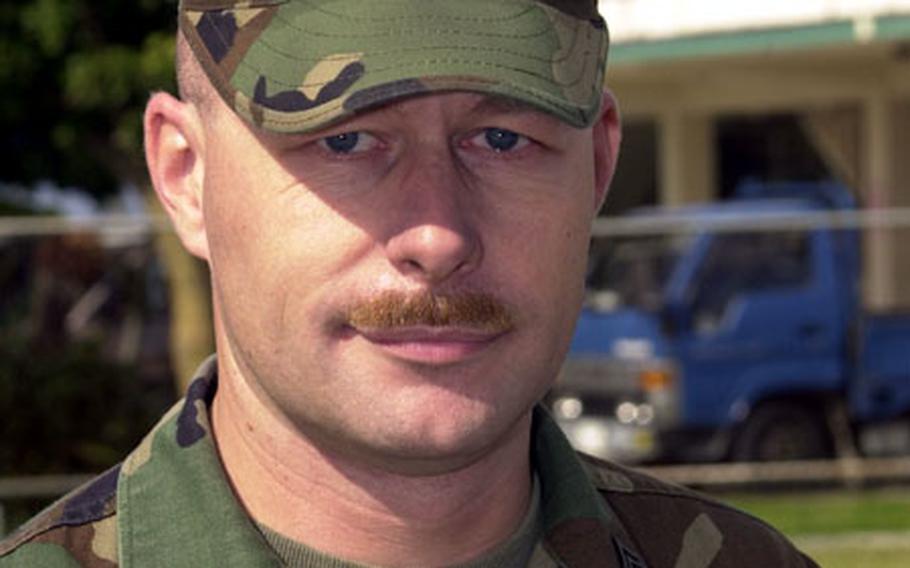 Marine Gunnery Sgt. Paul Meverden said he feels bad for the "poor souls" who are affected by the stop-move policy, keeping Marines from getting out of the Corps or transferring to new duty stations. (Mark Oliva / S&S) 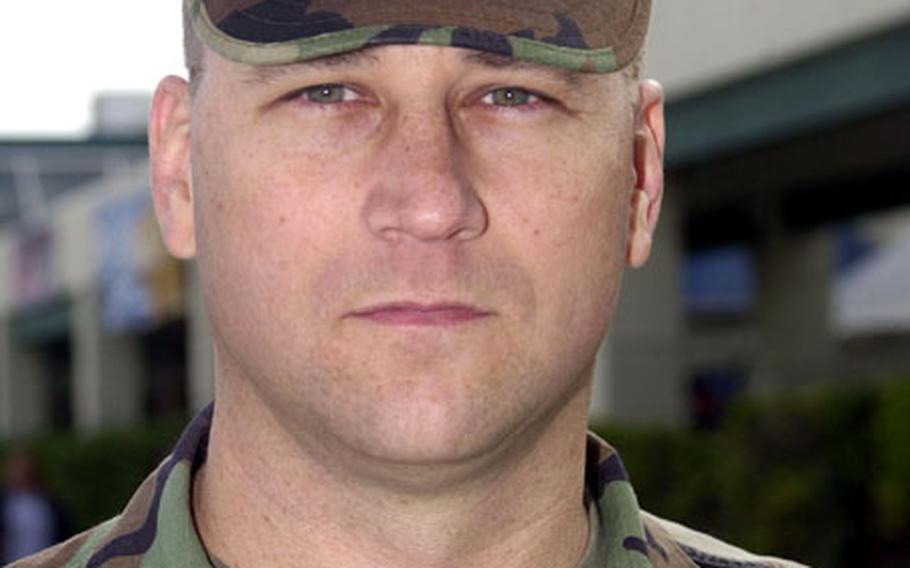 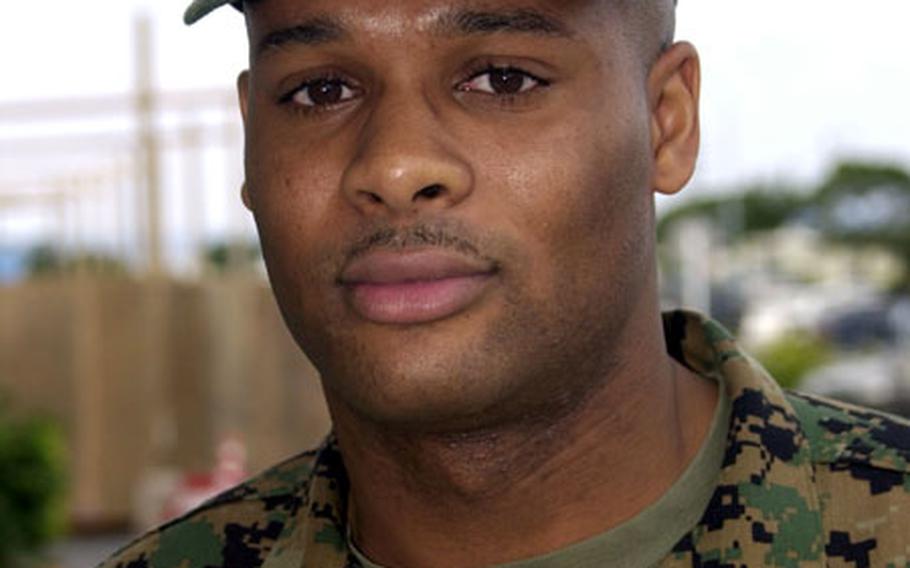 Marine Sgt. Neil McCrae, an administrative clerk, said the phones have been "off the hook" with questions since the Marine Corps announced a stop-loss/stop-move policy cancelling transfers, retirements and plans for life after the Marine Corps. (Mark Oliva / S&S)

Officials issued a Marine Corps bulletin on Wednesday, canceling almost all permanent-change-of-station orders and involuntarily extending service contracts for Marines throughout the Corps. The bulletin, called stop loss/stop move, essentially freezes almost every Marine at his or her current duty station.

It&#8217;s got some shrugging their shoulders in frustration and others saying that&#8217;s just part of being a Marine.

Croft has been on Okinawa for 30 months and was looking forward to the move. An avid outdoorsman, he wanted the orders to spend time hunting and fishing in eastern North Carolina&#8217;s coastal pine forests.

Marines on accompanied tours normally are handed three-year assignments. Unaccompanied Marines serve one year. Of the more than 17,500 Marines stationed on Okinawa, about a third transfer each year.

Now, the only ones leaving are those given selected duties, such as joint-service assignments or recruiting. Marines who planned to leave the Corps or retire also had their itineraries shelved by the order.

But Meverden&#8217;s seen this before. He was stationed on Okinawa when the Marine Corps instituted a similar policy during Operations Desert Shield and Desert Storm.

Marine Sgt. Juan Ramos still has two years left of his three-year Okinawa tour. Still, he&#8217;s got friends feeling the new policy&#8217;s pinch. One was planning to return to the States soon to get married. Another&#8217;s wife was planning to begin college in North Carolina.

Marine Gunnery Sgt. Jerry Herndon, also based on Camp Foster, said the policy likely wouldn&#8217;t affect him directly, either: Two years are left on his three-year tour. But he&#8217;s watched as some friends had to change their plans literally overnight.

Still, Herndon said, Marines should expect these things: It&#8217;s in the fine print of enlistment contracts.

The administrative clerk for 1st Marine Aircraft Wing on Okinawa said he worked until 12:30 a.m. Wednesday scrubbing lists of Marines who &#8212; until the new policy emerged &#8212; planned to transfer.

CAMP FOSTER, Okinawa &#8212; Marine Lance Cpl. Rachel Brady knew her half-year deployment to Okinawa would be difficult. She left behind her 13-month-old daughter with her husband, a civilian living in California.

In the six months she&#8217;s been on Okinawa, Brady missed her daughter crawling for the first time, the toddler&#8217;s first steps and first words.

Brady &#8212; like everyone else in her helicopter squadron, as well as others in infantry battalions and artillery batteries on Okinawa &#8212; recently learned her six-month tour was extended, possibly until 2004.

Marine officials announced that units deployed to the Far East are being &#8220;frozen in place.&#8221;

The order comes as Marine units from California are deploying to Southwest Asia and units from Camp Lejeune, N.C., are supporting missions in the Horn of Africa.

It also surfaces at a time when North Korea is ratcheting up rhetoric over its controversial announcement that it will pursue a nuclear program.

The freeze order for Marine units was issued &#8220;to give the Marine Corps the greatest possible flexibility to expeditiously respond to any contingency as the president may direct,&#8221; Marine Brig. Gen. Robert Neller said at Headquarters, Marine Corps.

&#8220;Those units scheduled to deploy to Okinawa are involved with contingency planning and available for worldwide deployment.&#8221;

Affected units include everyone from pilots to infantry, now set to remain on Okinawa indefinitely.

Still, Neller said, &#8220;Units remaining in Okinawa will continue to train and maintain readiness just as they have during the initial portions of their current deployment.&#8221;

Marine Cpl. Kweli Talbott, 22, an embarkation specialist with Marine Light Attack Helicopter Squadron 367, said he was &#8220;kind of stunned&#8221; after learning he wouldn&#8217;t be going home to California.

Despite the news, he remains upbeat.

The Marines announced that normal rotation of the Unit Deployment Program, which cycles helicopter squadrons, infantry battalions and artillery batteries through Okinawa, has been suspended.

According to the Marine Corps Public Affairs office, affected units include: