Marines, sailors learn how to save a life 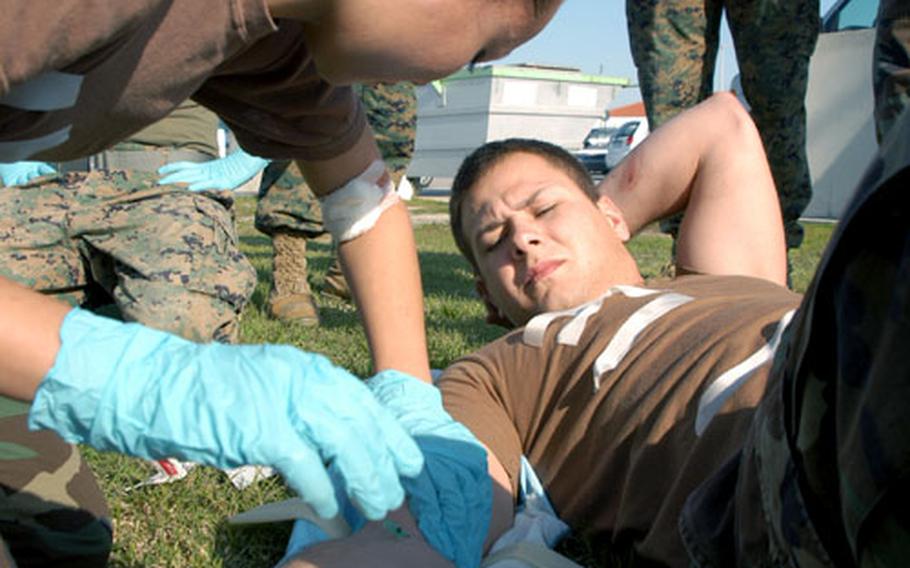 But, after a three-day training session last week at Naval Station Rota, Spain, if called on, they&#8217;ll be ready, officials said.

Six soldiers from the Medical Support Unit-Europe of the Germany-based 7th Army Reserve Command volunteered to teach the Combat Life Saver Course and train the group to handle combat casualties they might encounter when deployed downrange.

The training covered areas from emergency medical care to care under fire, tactical field care and prevention of shock, according to a news release.

With today&#8217;s improved protective gear, warfighters are surviving attacks that might have otherwise killed their predecessors, but increasingly suffer from wounds to their arms and legs.

Sailors from CTF-68 routinely provide security aboard Navy and merchant ships and aircraft throughout the Mediterranean. The Marines assigned to Marine Corps Security Force Company-Europe deploy to anywhere in the region. For example, Marines in Rota augmented those at the American Embassy in Beirut in August and September when warbroke out between Lebanon and Israel.