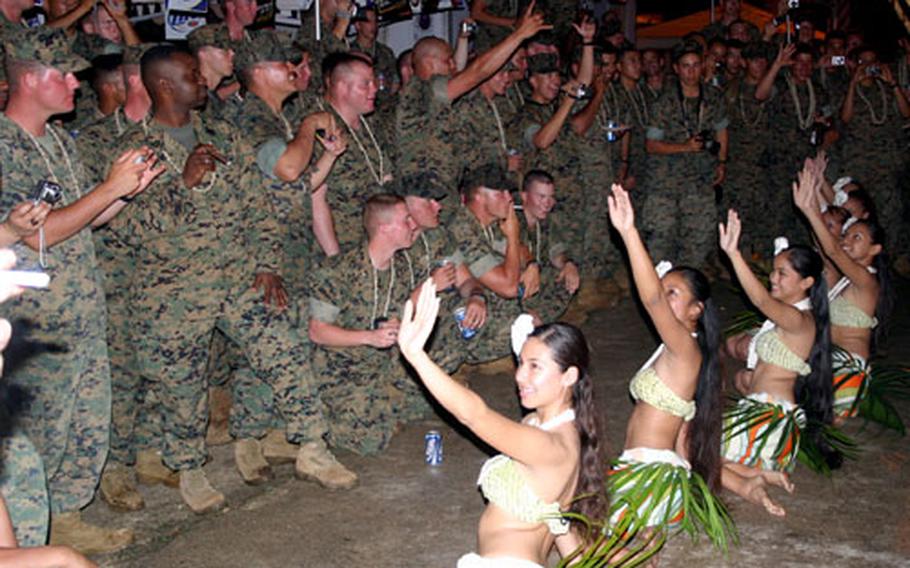 Dancers with the Natibu Dance Academy Chamorro dance troupe entertain Marines with the 31st MEU during an evening barbecue at the residence of John Gerber, a Marine Corps veteran. (Frank Whitman / Special to S&S)

Dancers with the Natibu Dance Academy Chamorro dance troupe entertain Marines with the 31st MEU during an evening barbecue at the residence of John Gerber, a Marine Corps veteran. (Frank Whitman / Special to S&S) 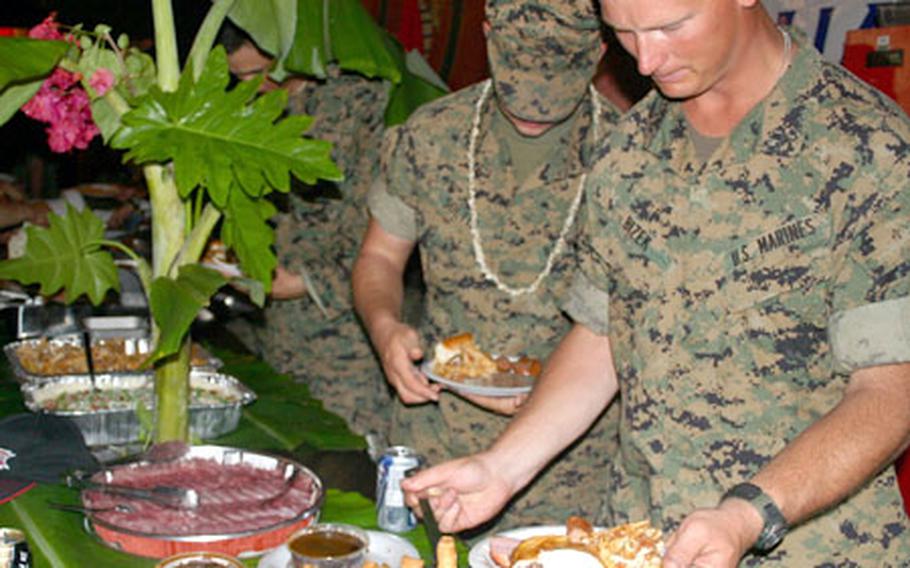 Marines with the 31st Marine Expeditionary Unit fill their plates during the barbecue party. (Frank Whitman / Special to S&S) 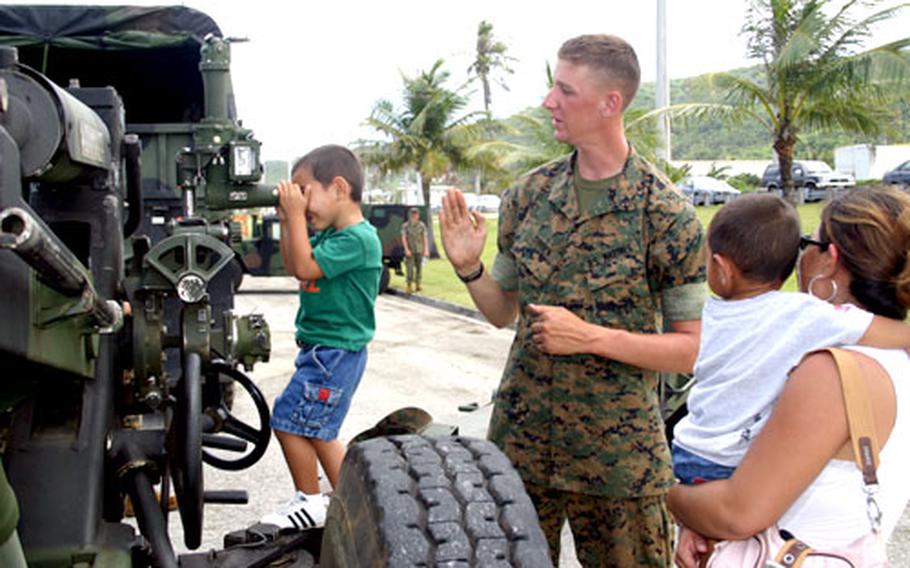 Pfc. Daniel O’Brien, of Kilo Battery 312, explains the workings of the unit’s M-198 medium towed howitzer to Guam resident Darla Flores as she holds son Tyler, 1, and her son Thaddeus, 4, looks through the weapon’s scope during Marine Day at Asan Beach Park, Guam, on Feb. 8. (Frank Whitman / Special to S&S)

The last of 2,000 Okinawa Marines and sailors left Guam on Monday after three weeks of training on the U.S. Pacific island.

&#8220;They came off the ship training right away,&#8221; said Marine Capt. Burrell Parmer, the 31st Marine Expeditionary Unit&#8217;s public affairs officer. The exercises began Jan. 23 and finished Feb. 8 and were part of a routine six-month training cycle for the 31st MEU, he said.

In addition, Parmer said, &#8220;Guam provided us with the opportunity for a lot of the jungle things that we have to do. Jungle training, convoy training, certain things that we can&#8217;t really get [on] Okinawa, we were able to do here.&#8221;

Parmer praised Naval Base Guam, Andersen officials and civilian authorities for their assistance.

During urban training, he said, &#8220;We actually go out into towns and do raids on buildings in the public eye. So there was a lot cooperation with the FBI &#8230; the village mayors and the Guam government.&#8221;

On Feb. 8, the Marines hosted a Marine Day for the community at Asan Beach Park, the site of the Marine landing in 1944 that began the liberation of Guam from Japanese forces.