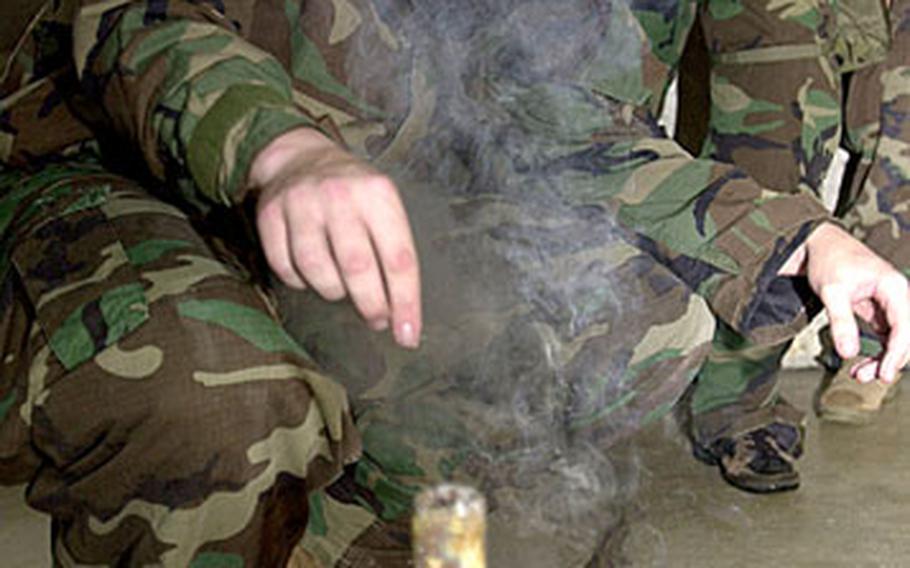 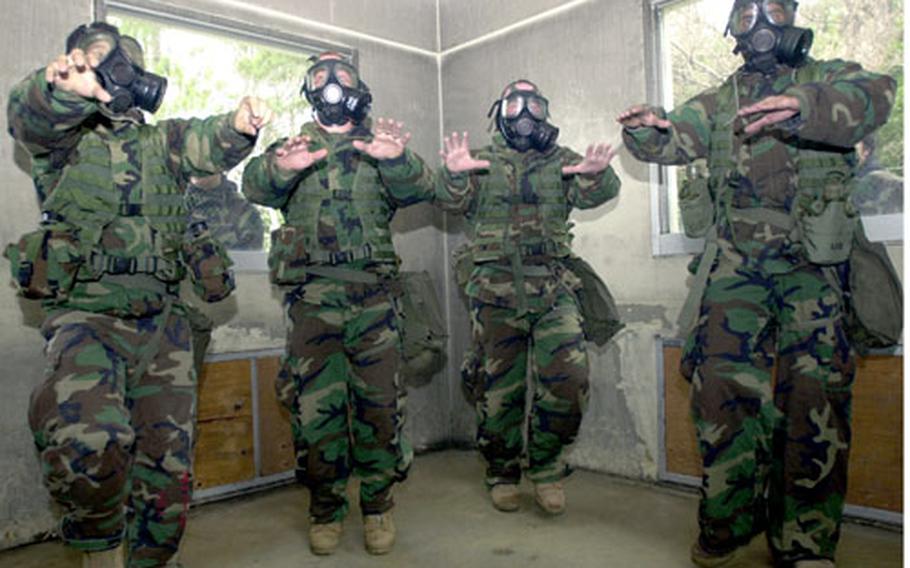 Marines and sailors with 3rd Medical Battalion perform calisthenics in the gas-filled environment of the CS chamber at Camp Hansen on Thursday. (Cindy Fisher / S&S) All Marines and sailors attached to Marine units are required to train annually with nuclear, biological and chemical protective gear and to use the equipment in a gas-filled environment.

The Marines and sailors learned to use chemical detection kits by testing them on brake fluid.

Gage said the kits contain strips of material that detect the presence of a chemical but don&#8217;t show what kind of chemical it is. Since brake fluid contains petroleum, it shows positive for a chemical presence on the detection strips.

Armed with knowledge and protective gear, the Marines and sailors then headed to the Hansen gas chamber.

Chlorobenzylidene malonitrile, commonly called CS gas, is the gas of choice in Marine gas chambers. It is a nonlethal substance used as a riot control agent by the military and police, according to Marine officials.

&#8220;It&#8217;s like having a whole bunch of ant bites, but it also irritates the eyes and makes the mucus flow in your nose,&#8221; said nuclear, biological and chemical specialist Cpl. Jared Barron.

In the chamber, Marines practiced removing and replacing their gas masks in a gas-filled environment.

The training aims to familiarize Marines with the protective equipment and to give them confidence that it works, said Gage.

One of those Marines was Cpl. Joshua Christian, who was deployed to Iraq for 14 months.