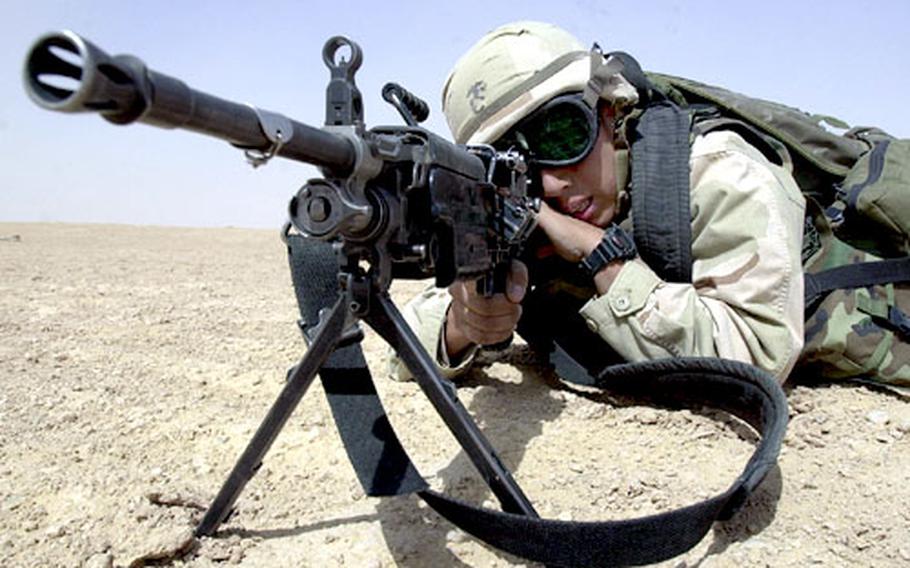 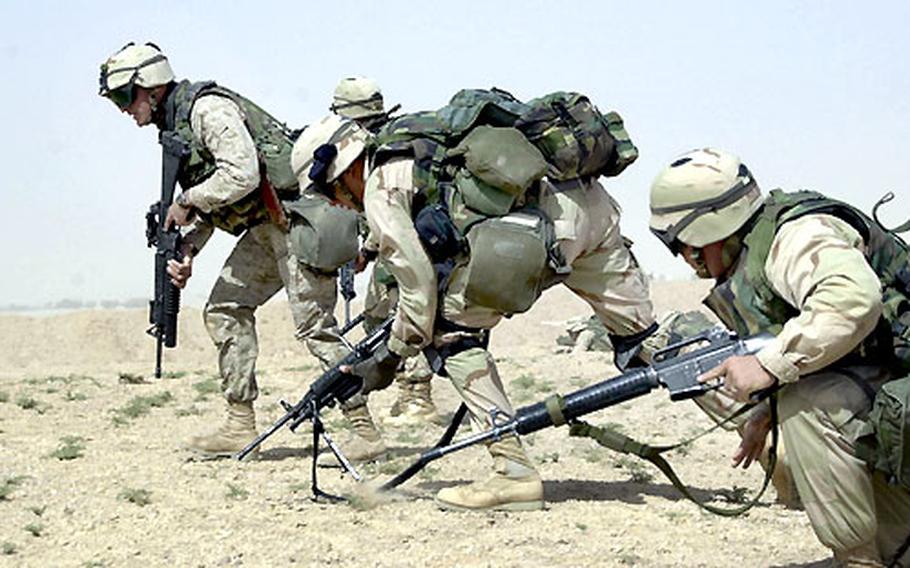 Marines jump up to rush forward during immediate-action drills. The Marines practice the basics, relying on their simple infantry skills to carry them if they get the order to go to war. (Mark Oliva / S&S) 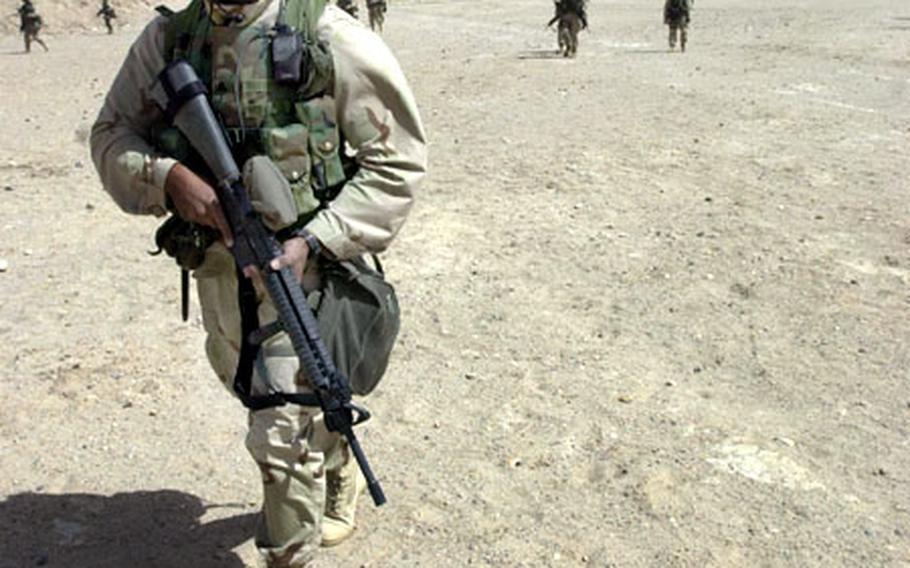 Sgt. Alfredo Botello keeps an eye out for the rest of his Marines as they spread out across the Kuwaiti desert near Camp Coyote. Botello’s unit practiced attack formations during day and night drills. (Mark Oliva / S&S) 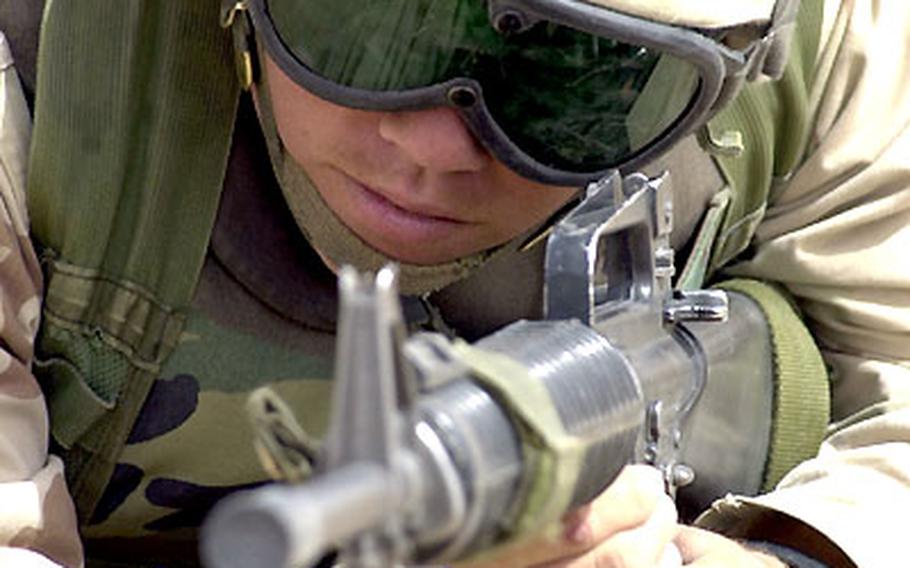 Lance Cpl. Timothy Mulhere hunkers down behind his rifle during the drills. The infantry Marines constantly rehearse simple formations and assault drills to keep skills sharp while they wait for an attack order. (Mark Oliva / S&S)

CAMP COYOTE, Kuwait &#8212; There is an easy rule to remember for staying alive in the infantry: Keep things simple.

For months, the Marines spread out across the Kuwaiti desert to practice the bread-and-butter of the infantry: shoot, move and communicate.

The idea is simple.

Platoons, or even companies, of Marines move across open terrain, changing formations and reacting to enemy contact. In practice, though, the shifting formations can be one of the times when the unit is most vulnerable.

A driving wind can drown out squad radios that allow the Marines to pass commands without shouting. Decisions are dictated by terrain and enemy forces.

The battlefield, especially one as wide open as the desert, makes mastering the basics essential.

Formations were just one part of the day&#8217;s drills. Llamas also tested his Marines&#8217; abilities to respond in an attack.

The busiest Marines are the young noncommissioned officers who jog back and forth between the troops, adjusting spacing and moving machine gunners.

In the attacks, they moved their Marines forward, always mindful of keeping their forces close enough together to support each other but far enough apart to keep them from becoming an easy target.

But it&#8217;s just this type of training Botello believes will keep his Marines alive.

Aside from building skills, the training also builds trust among the Marines, said Cpl. Jose Cervantes. Everyone is out in the open, watching what the other is doing. They get to a point, where one Marine anticipates the next move of the one on front of him.

Every day that goes by is another day to refine their skills. It&#8217;s one more day to make things better before they get an order to move. It&#8217;s another chance to make sure every Marine understand his role before the shooting starts.

Llamas has no plans to stop teaching, he said.

Every time he runs his platoon through the drills, it gets better. There is less confusion. Reactions are quicker and that&#8217;s got him believing that his Marines are ready to fight any time the order is passed.