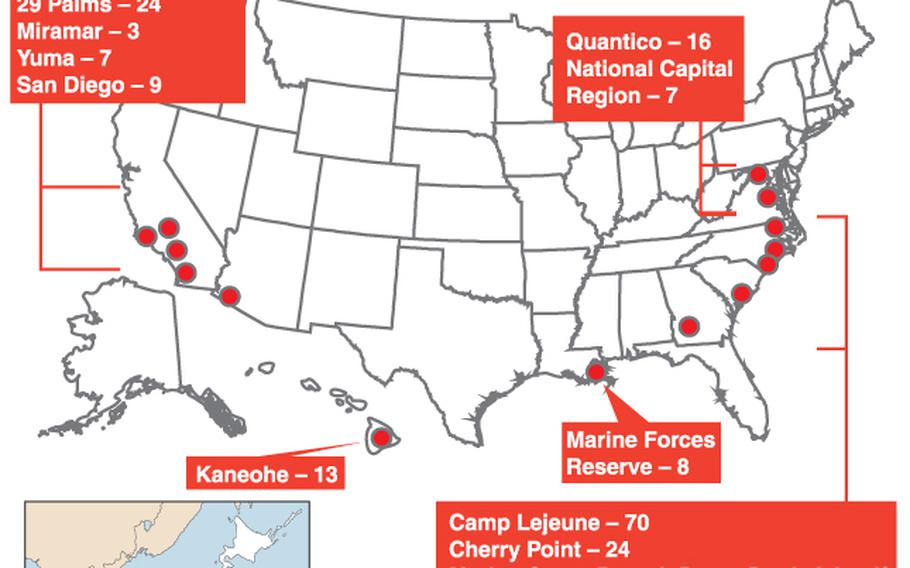 WASHINGTON &mdash; The Marine Corps on Monday released a plan aimed at preventing sexual assault and holding offenders and commanders accountable, noting that &ldquo;despite our efforts, we have been ineffective at addressing and eliminating sexual assault.&rdquo;

The plan, signed by Commandant Gen. James Amos, addresses many of the issues that victims and victim advocates frequently highlight &mdash; including an undue focus on victims&rsquo; personal life and command climates that foster sexual harassment and discourage reporting. It outlines a three-part campaign plan with a goal of &ldquo;true zero tolerance, effective sustainment, empowered reporting, effective deterrence, engaged leadership and evolved culture.&rdquo;

Anu Bhagwati, a former Marine officer and current executive director of Service Women&rsquo;s Action Network, said the plan shows that the Marine Corps &ldquo;has finally caught up to where the rest of the DOD leadership is, which isn&rsquo;t saying that much.&rdquo;

Bhagwati worries that language in the plan and training that focuses on alcohol and &ldquo;high-risk situations&rdquo; will only encourage more victim-blaming. To really end sexual assault and harassment, she said, commanders must take a fierce approach and &ldquo;crush&rdquo; offenders instead of ignoring reports and promoting alleged attackers.

Research shows that between 2 and 8 percent of sexual assaults reports are false reports, according to the report. Still, sexual assault reports in the Marine Corps &ldquo;are often immediately dismissed as false and focus on the victim&rsquo;s behavior and reputation rather than the conduct of the offender,&rdquo; the plan states.

Ariana Klay, a former Marine officer who said she was sexually harassed and raped in 2010 while serving at Marine Barracks Washington, said she&rsquo;s happy to see &ldquo;an acknowledgement of some of the circumstances that allow assaults to happen,&rdquo; but she&rsquo;s not sure the plan will affect drastic change.

&ldquo;My gut feeling is that it is just more lip service on the issue,&rdquo; Klay said. &ldquo;The Marines know when a senior [officer] is doing something because of political pressure or whether they really care about the issue.&rdquo;

Klay and three other Marines are involved in a lawsuit against the current and former secretaries of defense, secretaries of the Navy and commandants of the Marine Corps. The suit alleges Defense Secretary Leon Panetta, Navy Secretary Ray Mabus, Amos and their predecessors &ldquo;have a high tolerance for sexual predators in their ranks, and &lsquo;zero tolerance&rsquo; for those who report rape, sexual assault and harassment.&rdquo;

Klay is also one of several women featured in &ldquo;The Invisible War,&rdquo; a documentary released last week about sexual assault in the military.

&ldquo;This crime is not only completely incompatible with our core values of honor, courage and commitment, it is an affront to the basic American principles we so bravely defend,&rdquo; Amos said in the letter. &ldquo;I intend to shine a bright light on the crime of sexual assault. It is no longer acceptable to say &lsquo;we will do better.&rsquo;&rdquo;

In addition to training for all Marines, the plan includes developing a pre-enlistment waiver history that will be accessible to a Marine&rsquo;s commander and gender-integrating the drill instructor and school instructor teams &ldquo;to &lsquo;role model&rsquo; female Marine leaders.&rdquo;