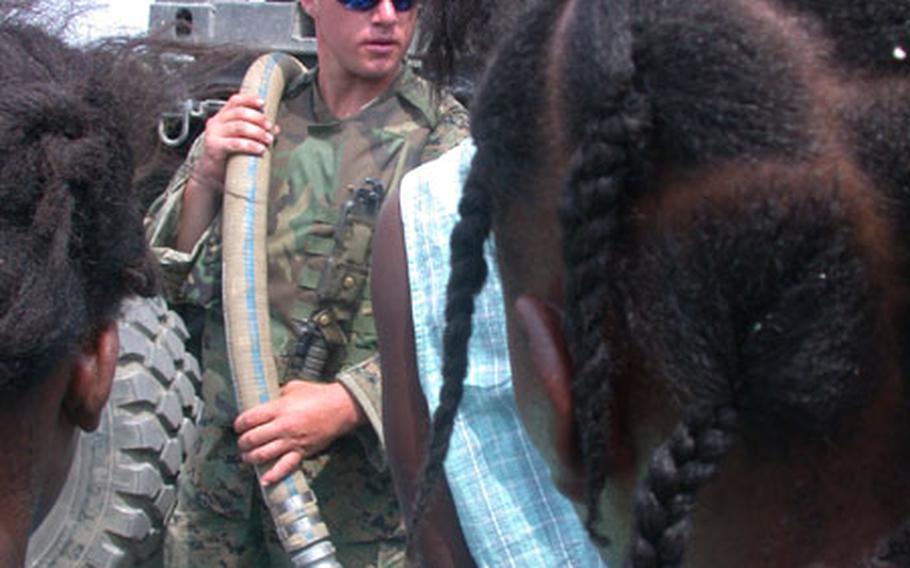 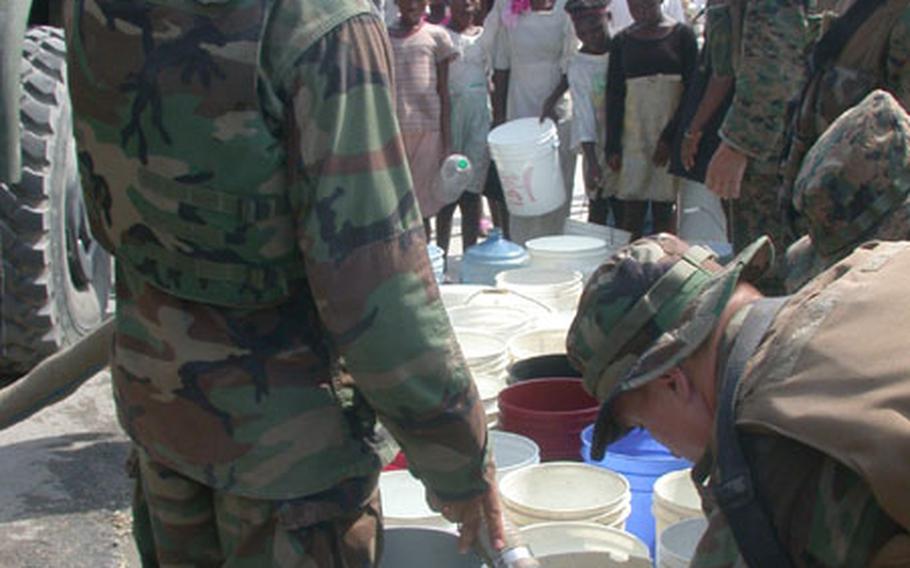 PORT-AU-PRINCE, Haiti &#8212; Staff Sgt. Robert Brumley shook his head in disbelief as he tried to establish some sense of order as several of his Marines tried to distribute fresh drinking water to residents of an impoverished section of Cite Soleil, Haiti.

Residents there have gone three days through intense heat with no drinking water.

As they rushed, buckets in hand, toward the 600-gallon water bull, Brumley shouted commands to get the swarm of people to line up, single file. Marines from Weapons Platoon, India Company, 3rd Battalion, 8th Marines followed suit.

Though no line ever formed, they managed to get some order amid the chaos.

A majority of the population in the northwestern section of the Haitian capital have no running water, said Capt. Roberto Martinez, India Company commanding officer.

A few weeks ago, the company began the water distribution program, making runs about five times a week to many of the cities&#8217; destitute areas. At two water points Sunday, they doled out 1,800 gallons.

It&#8217;s part of a larger effort to bring humanitarian assistance to the capital, he said.

&#8220;We&#8217;ve got a lot of different projects, from trash cleanup to visiting local health clinics and schools and [distributing] fuel.&#8221;