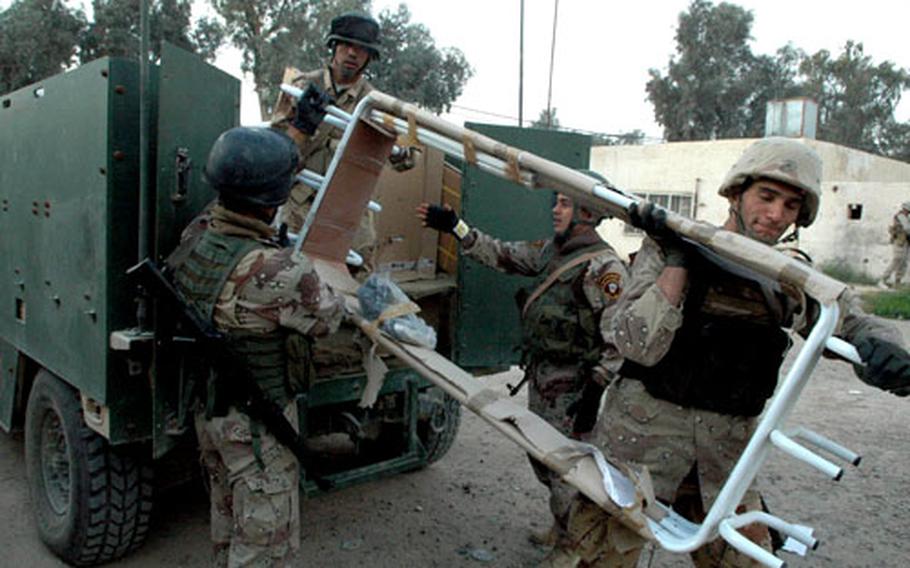 Iraqi army soldiers on Monday unload medical equipment and supplies at the Andalus Medical Clinic in downtown Ramadi. The unloading process was quick because the area remains a dangerous one for troops. (Monte Morin / S&S)

Iraqi army soldiers on Monday unload medical equipment and supplies at the Andalus Medical Clinic in downtown Ramadi. The unloading process was quick because the area remains a dangerous one for troops. (Monte Morin / S&S) 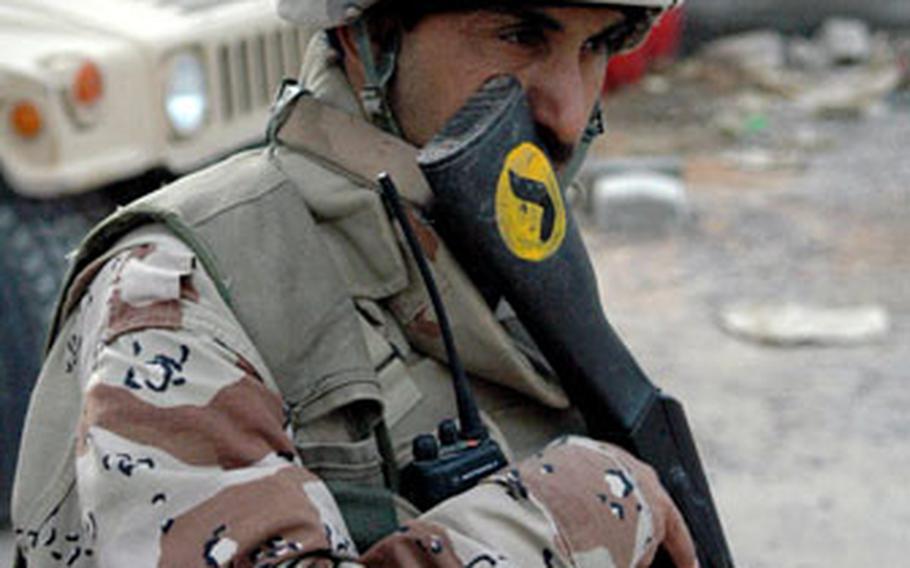 A delivery of much-needed medical supplies to Ramadi&#8217;s Andalus Medical Clinic occurred with little fanfare Monday as Iraqi soldiers hurriedly unloaded a high-back Humvee in the center&#8217;s parking lot as an escort of U.S. Marines kept their eyes peeled for trouble.

The medical clinic is located near downtown&#8217;s government center &#8212; an area that has experienced sporadic violence and roadside bomb attacks. Consequently, Marines from Company K, 3rd Battalion, 7th Marine Regiment and soldiers from the 3rd Battalion of the 2nd Brigade of the 1st Iraqi Army Division were in no mood to linger.

After unloading the supplies and obtaining the necessary signatures, the group piled into their vehicles and left.

&#8220;As far as I&#8217;m concerned, this is still the most dangerous area in the country,&#8221; said Marine Capt. Philip Ash, Company K commander. The officer said his men had been involved in a firefight the day earlier and he was not about to let his guard down.

The delivery was one of many humanitarian aid missions that have been organized jointly by the Marines, the U.S. Army and Iraqi security forces. The medical supplies had been provided by the U.S. Agency for International Development.

Items included a urine centrifuge, a pediatric scale, an instrument cabinet and physical rehabilitation equipment, among other medical equipment.

&#8220;These deliveries are essential to provide basic life sustaining medicines which assist with improving the medical infrastructure. It&#8217;s positive to see the locals, Iraqi security forces and coalition forces working together to make this event possible.&#8221;