Marines pitch in on cleanup at church camp on Okinawa 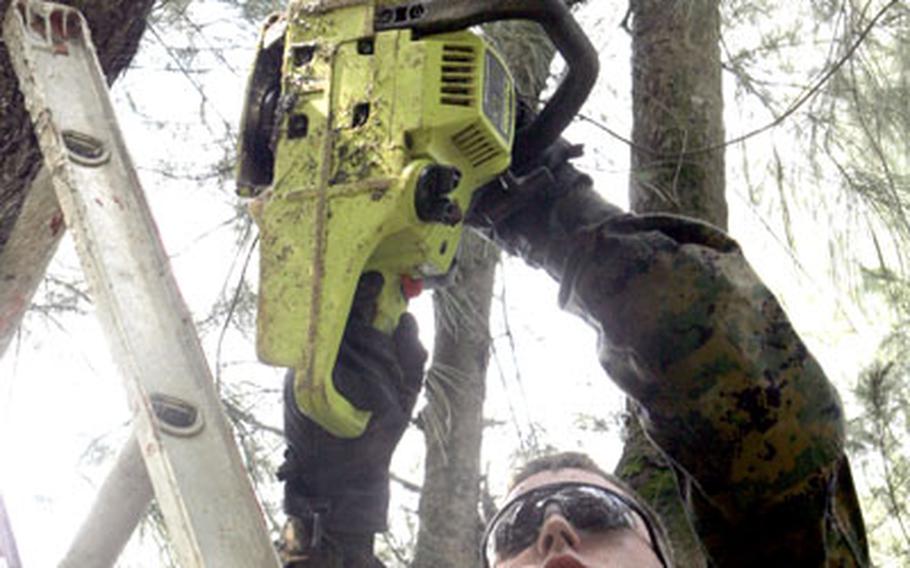 The Marines have been volunteering once or twice a year at the camp since 1997, Vaughan said. Every time a new battalion landing team comes to Okinawa, a cleanup is scheduled, he said.

Lance Cpl. Kevin Woods said that, for him, the day was more about getting back to his roots. The 19-year-old from Brownwood, Texas, grew up on a farm and got a sense of accomplishment from helping others at the camp through hard work, he said.

The day was more than a campground cleanup. It was part of the current 31st MEU Marine Expeditionary Unit exercise, Vaughan said.

&#8220;Including this &#8230; shows the importance the MEU commander places on the community relations aspect of the mission,&#8221; he said, especially given the nature of the war on terrorism, in which winning &#8220;the hearts and minds of a people&#8221; can be as important as seeking and killing an enemy.

Community relations projects also have a positive effect on the attitude of Marines, Vaughan said. The work &#8220;reminds Marines that these are people that they are trying to help.&#8221;