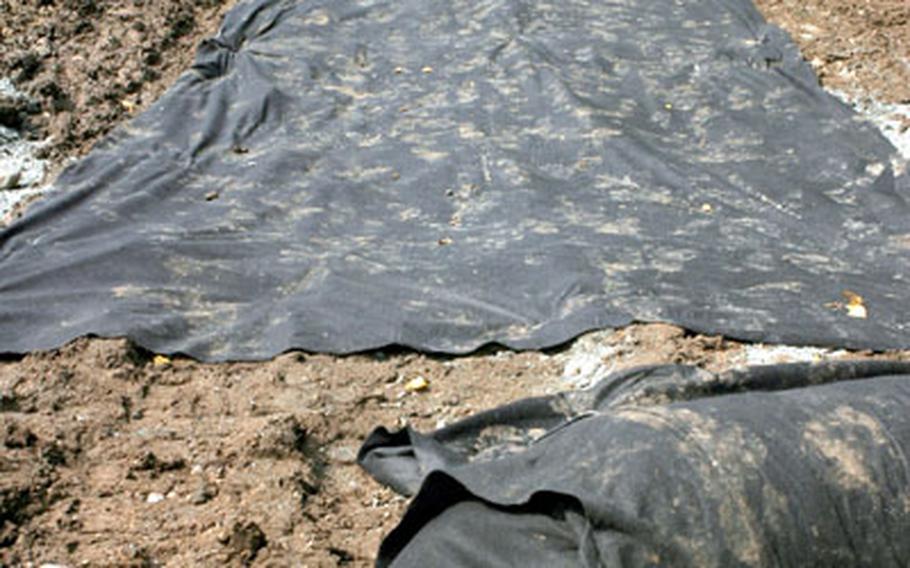 According to Marine Corps Public Affairs on Okinawa, some 50 Marines with the Engineer Support Company (reinforced), 3rd Force Service Support Group, turned the .62-mile-long dirt path into a gravel road that could be used come rain or shine.

&#8220;The previous road was basically a mud path,&#8221; said Sgt. Chris Eastman, the project senior combat engineer, according to a press release. &#8220;After it rained, the mud would sponge up the water, and the large military vehicles would impress tracks into the road that served as water pockets, which kept the road from ever drying up.&#8221;

The Marines worked on the road from June 28 to July 16, laying geotextile matting over the road before pouring gravel. The thick watertight compound is designed to keep mud from mulching with the gravel. It also helps disperse the weight of the vehicles on the road so the gravel does not shift easily after prolonged use, Eastman said.

Marine officials said more than 120 pounds of TNT were used to loosen the foundation of portions of the road.

&#8220;Using demolition as an aid to dig out the ditches provided a real-world opportunity for the combat engineers to perform an important part of their job,&#8221; Eastman said. &#8220;It gave them the means to do a full-on construction project that included digging, demolition, and other aspects of construction that they may not be able to do back home.&#8221;

Lance Cpl. Jason C. Other said the project was also a good chance to use, rather than merely maintain, heavy earth-moving equipment.

The Interoperability Exercise was held July 1 to 18 to improve operating capabilities between the militaries of the two nations.