Marines on Okinawa deliver holiday cheer with Toys for Tots 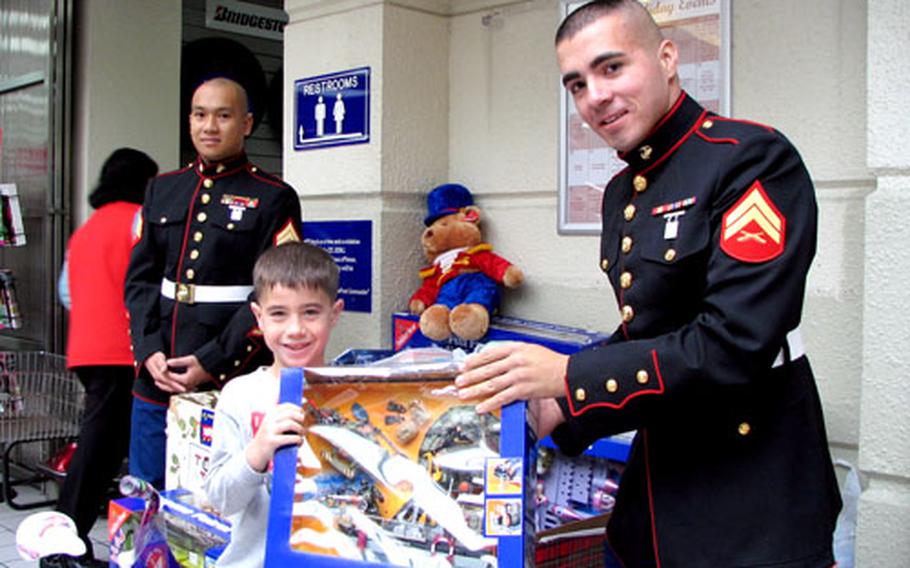 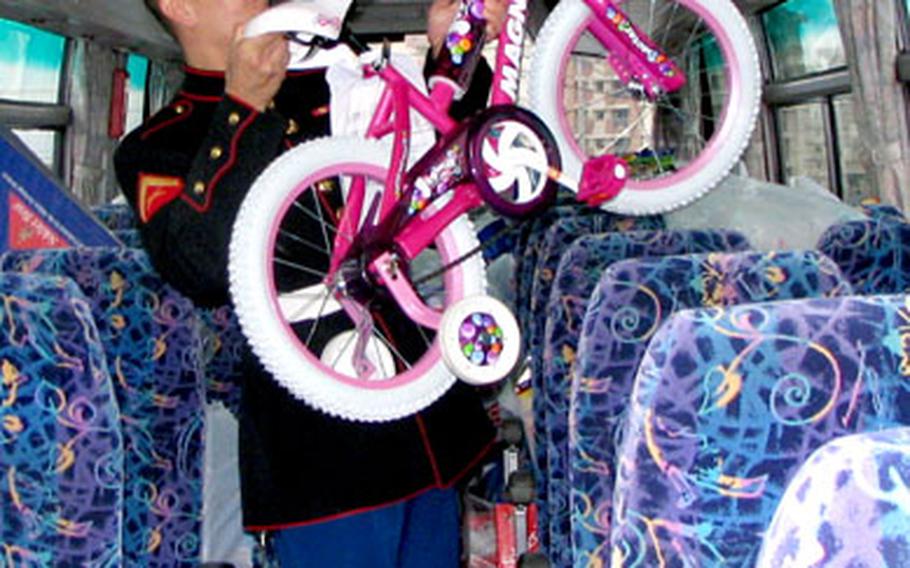 Marine Lance Cpl. Patrick McIntyre, 21, loads a child’s bicycle onto the “Ho Ho Express” Saturday during the final push for the Toys for Tots drive on Okinawa. (David Allen / S&S)

CAMP FOSTER, Okinawa &#8212; The holiday spirit definitely was in the air here Saturday as customers packed the exchange to shop for gifts &#8212; and most made sure they picked up a toy or two for the Toys for Tots boxes as they left.

The bus made the rounds of Okinawa military bases Saturday during the last weekend of the Marine Corps Reserve&#8217;s Toys for Tots drive, a program that began in 1947. The campaign on Okinawa was shooting for 15,000 donated toys for needy American and Okinawan children.

Some of the Marines collecting toys on Saturday, like McIntyre, volunteered what free time they had during the holiday season to make the drive a success.

Other Marines went the extra mile.

At the Camp Foster exchange, Cpl. Jason Areiza, 24, from Brooklyn, N.Y., took 15 days of leave to work full-time for the program.

&#8220;I wanted to give myself 100 percent to this cause,&#8221; he said, standing by the collection box and accepting the presents donated by shoppers.

&#8220;I do a lot of the driving, picking up toys around the island, delivering them to our warehouse and dividing them into the three groups &#8212; unisex, boys and girls &#8212; and then by ages. But the really good part is delivering the toys to the schools and hospitals and other organizations distributing them to the kids.&#8221;

The smiles on the children&#8217;s faces are what makes it all worthwhile, he said.

Nearby, Marine Sgt. Joshua Ricafrente, 24, took a toy from another shopper.