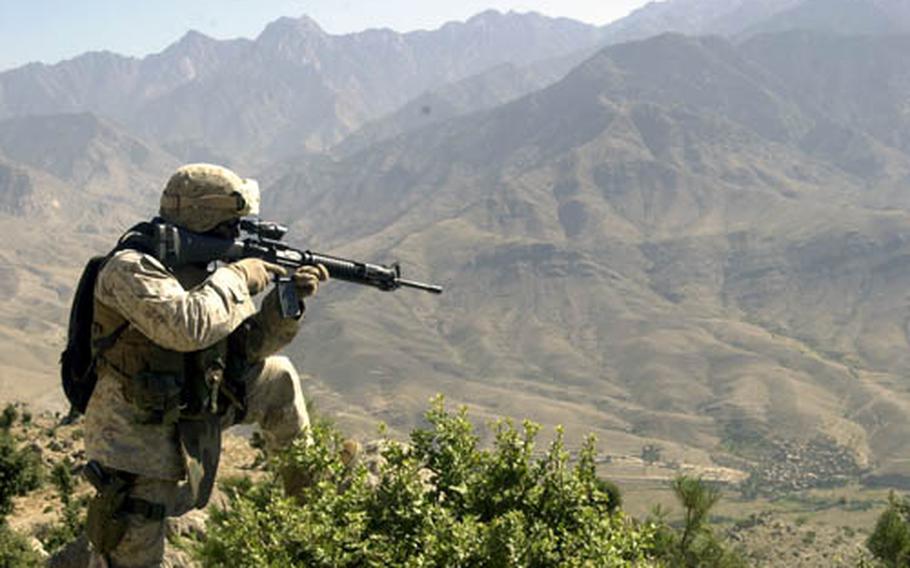 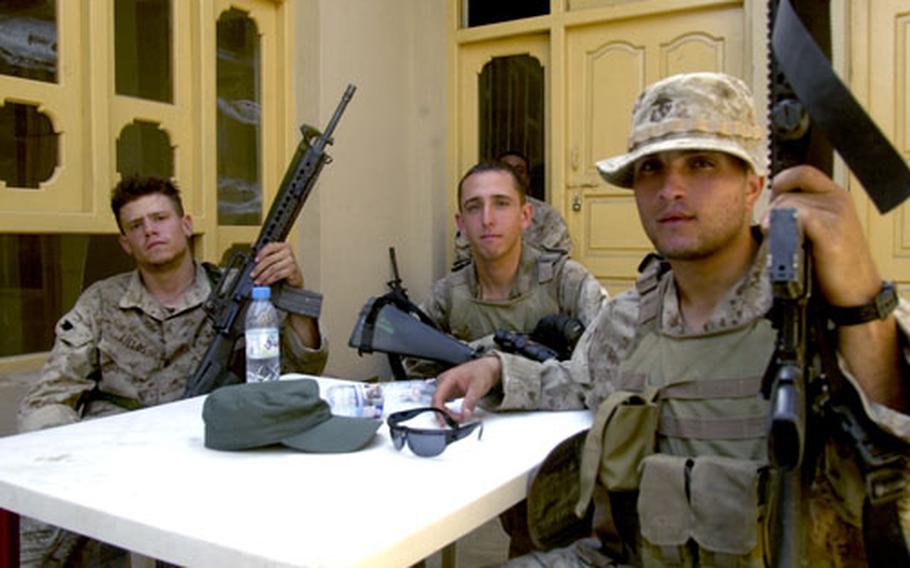 Company E Marines begin the long descent home after climbing the mountain. The Marines have become adept at operating in high altitudes and on mountainous terrain in Afghanistan. (Steve Mraz / S&S)

But in Afghanistan, the U.S. Marine Corps operates in a country without shores to perform its traditional mission. In landlocked Afghanistan, the Marines are more at home with boulders under their feet than sand.

&#8220;War is changing,&#8221; said Marine Cpl. Edilberto Fernandez, a squad leader with 3rd Platoon, Company E, 2nd Battalion, 3rd Marine Regiment, 3rd Marine Division, out of Kaneohe Bay, Hawaii. &#8220;Even though we are amphibious, and that&#8217;s how we got our name and made ourselves Marines, we are able to fight successfully in the mountains. Marines are fighting a different type of war now than we were in World War II or Vietnam.&#8221;

Adapting to the environment, Marines here are humping up massive mountains to chase down enemy forces who are normally unburdened by heavy packs. The &#8220;Devil Dogs&#8221; have become adept at operating on steep mountainsides in high altitudes around 10,000 feet.

They lug 80- to 100-pound packs, weapons, ammunition, body armor and helmets for days on end with no flat land in sight. And they do it every day, largely unbeknownst to the broader American public. Every time Company E Marines leave the wire at Forward Operating Base Asadabad, they know they&#8217;re going up a mountain.

So what does it take to be a mountain man?

Hiking up mountains in the hot sun under the strain of heavy packs does take endurance, but it&#8217;s not as physical as one may think, said Lance Cpl. Larry Gonzales.

Historical motivation also keeps the Marines taking one thigh-burning step after another.