Marines looking for 38,500 new recruits to fill gap in ranks 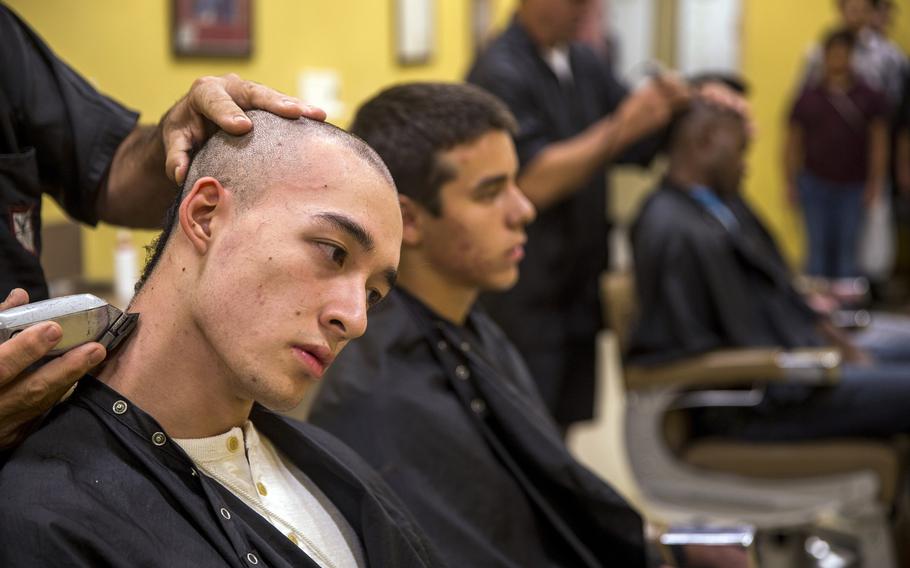 Marine recruiters are confident they can pick up their pace and meet demand for the highest number of new recruits in more than a decade, officials said Thursday.

The Corps needs to recruit 38,500 new Marines to fill the gap in the ranks caused by the large number of people getting out, Gen. Robert B. Neller, commandant of the Marine Corps, said in a letter last month.

The Corps has the youngest population but highest turnover of all the services, Neller said. Retention of experienced Marines is a key issue because nearly two-thirds of Marines are E-5 or below.

For Marine Corps recruiters, this means they will need to find qualified individuals more quickly than in the past.

“Higher numbers require our newest Marine recruiters to perform and get results potentially faster than before,” said Maj. Andrew Nicholson, commander of the Twin Cities recruiting station. “However ... I’m confident we’ll meet and even exceed our quantity and quality standards this (fiscal year).”

One hurdle in the Corps’ race to recruit more Marines is a lack of volunteers in special duty assignments, like recruiters or drill instructors, Neller said.

“We must re-double our efforts to encourage, screen, and assign the highest quality Marines to (special duty assignments),” he said.

If a qualified Marine is selected for special duty and rejects those orders, they are generally unable to gain rank or re-enlist.

Further complicating the recruiting effort is the relatively small number of people qualified to become Marines, due to the Corps’ physical and educational standards. Marine Corps sources say as much as three-quarters of America’s youth would not qualify even if they wanted to join.

“That should scare you,” Neller said in a statement last month. Even with the increased demand, there is no sign that Marines plan on lowering their standards.