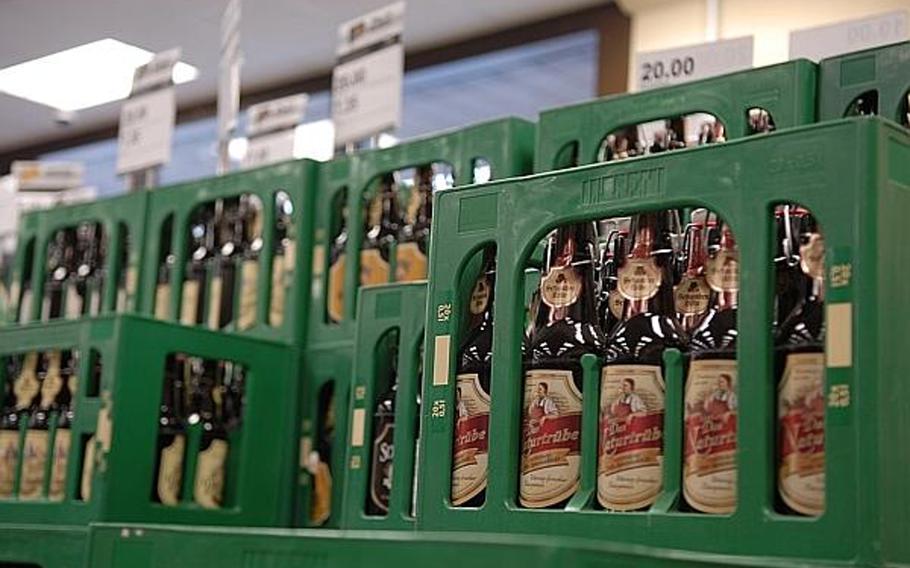 Buy Photo
A new Marine Corps policy bans the sale of liquor at Marine Marts adjacent to barracks, limits the floor space used for alcohol to 10 percent, and cuts the hours that alcohol can be sold to 8 a.m.-10 p.m. (Jennifer H. Svan/Stars and Stripes)

The new policy bans the sale of liquor at Marine Marts adjacent to barracks, limits the floor space used for alcohol to 10 percent, and cuts the hours that alcohol can be sold to 8 a.m.-10 p.m., according to a copy of the policy laid out by Marine Corps commandant Gen. James Amos in August.

Facilities outside the United States will be evaluated on a case-by-case basis consistent with existing ration programs and applicable Status of Forces Agreements, Marine officials said. Stores have until the end of November to comply.

“The culture is changing toward more responsible, low-risk drinking,” Resilience Education manager Robin Schoolfield said in a Marines statement. “Between these policy changes and prevention efforts, I think a message is being sent across all ranks that we must have responsible drinking behavior.”

The policy is designed to discourage excessive drinking by removing some of the convenience in procuring alcohol, Camp Lejeune substance abuse control officer Staff Sgt. Stephen Prince said in the statement. In addition to the restrictions, Amos directed the Semper Fit and Exchange Services Division to continue to work with Corps leadership to educate Marines about the misuse and abuse of alcohol.

Out of the 120 Marine Corps Exchange facilities, 11 Marine Marts -- including Stone Bay, French Creek and Marine Corps Air Station New River -- will have to remove liquor from their shelves. Another 11, including Camp Lejeune’s Tarawa Terrace, Midway Park and Berkley Manor stores, will have to cut the floor space dedicated to booze sales, according to the statement and Semper Fit and Exchange Services Division spokesman Bryan Driver.

The Northside Marine Mart at Marine Corps Air Station Iwakuni, on the mainland Japanese island of Honshu, will do away with liquor and reduce floor space. Marine officials in Okinawa, home to a large contingent of U.S. Marines, said no decisions had been made there so far.

Officials said that while the policy won’t eradicate unhealthy drinking behavior entirely, they hope it will deglamorize the use of alcohol to some extent and help Marines realize how much they are drinking.

“Marines will be more conscious of how much they drink,” Schoolfield said. “They have to plan how much they want to drink ahead of time. They won’t be able to walk over in the middle of the night to buy alcohol.”

The new policy is being implemented in support of the Secretary of Navy’s 2lst Century Sailor and Marine initiative in addition to Marine Corps behavioral health, sexual assault prevention and health promotion initiatives, the statement said.

“It’s not the end-all-be-all, but there’s no question about it, it will have a positive impact on Marines,” Prince said.