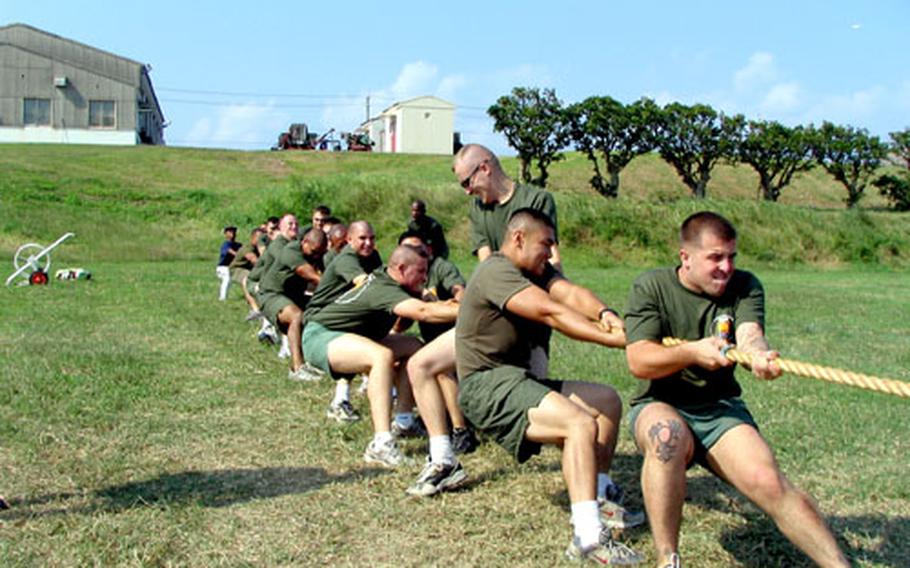 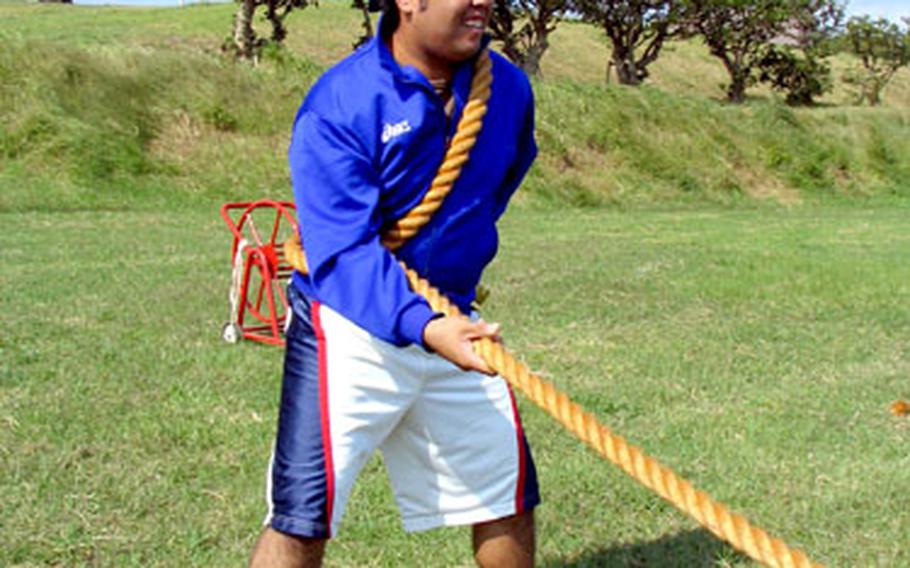 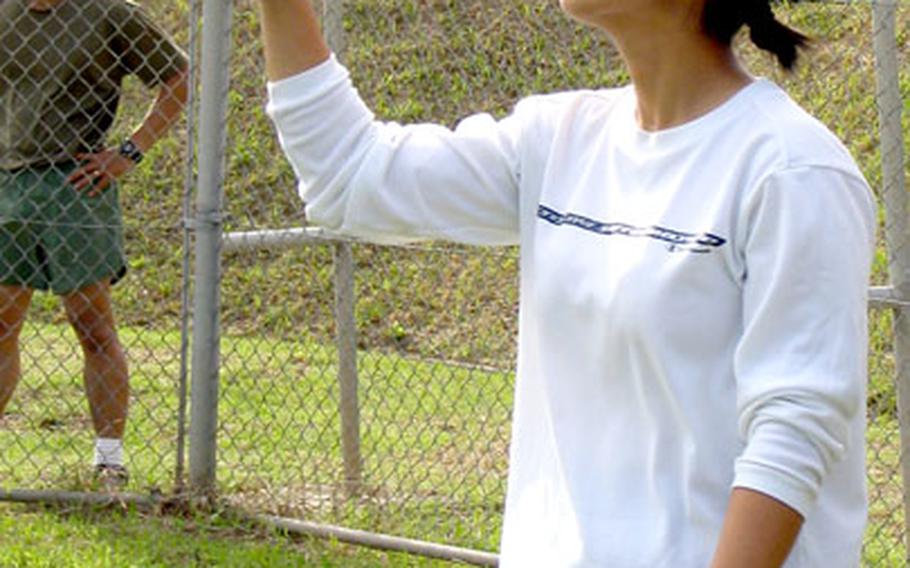 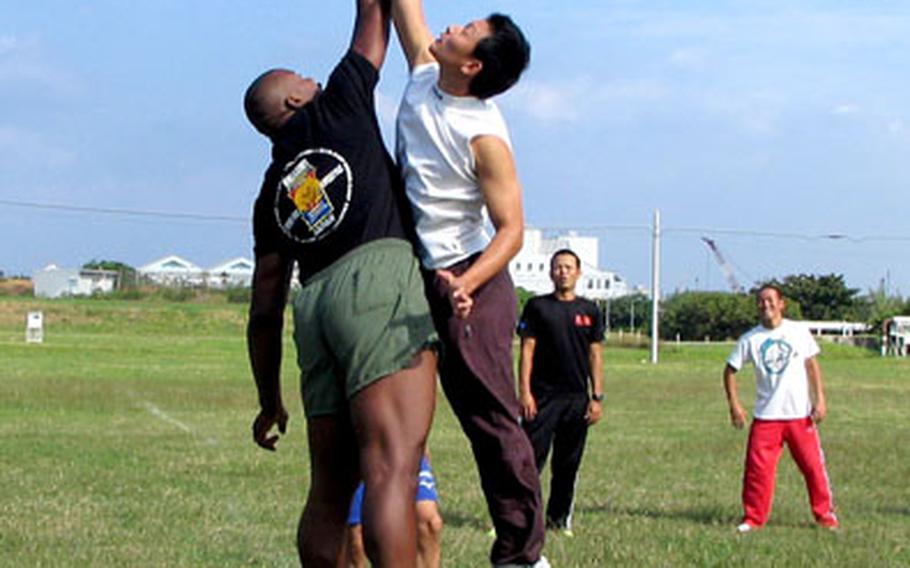 A Marine and a Japanese soldier leap for the ball Tuesday at the opening of a game of dodgeball. (David Allen / S&S)

CAMP NAHA, Okinawa &#8212; Whoever won, it all was in good fun Tuesday when Marines challenged their Japanese counterparts &#8212; and each other &#8212; in the annual Sports Exchange Day on this Japan Ground Self-Defense Force base.

&#8220;It doesn&#8217;t get any better than this,&#8221; said John L. Estrada, sergeant major of the Marine Corps. &#8220;This helps strengthen the relationship that we have with the people of Japan, especially between the armed forces, creating stability in this part of the world.&#8221;

It was the first stop for Estrada, who works out of the Pentagon, on a day-and-a-half Okinawa visit for Marine Corps birthday events.

&#8220;This Sports Exchange Day was held to promote friendship and mutual understanding,&#8221; said Chief Warrant Officer Masaru Kaneko, JGSDF 1st Combined Brigade spokesman. &#8220;We chose to have it today to honor the visit of the Marine Corps sergeant major to Okinawa.&#8221;

As she spoke, Cpl. Chase Smith ran up to the softball diamond after his team, from the 3rd Reconnaissance Battalion on Camp Schwab, finished a dodgeball game against a JGSDF team. As he ran by the ballplayers, he shook their hands and thanked them for &#8220;a great time.&#8221;

The program gives young Marines, not allowed to own a car or drive, &#8220;a great chance to get out and mingle with our Japanese friends, a way to get to know them better,&#8221; said Lance Cpl. Antwon Jones, 7th Communication Battalion on Camp Hansen.

After pitching the first game for JGSDF, Pvt. Hiroyuki Tsunematsu watched his comrades rally against a tough U.S. team.

Appearing to be having the most fun, however, were those belting each other in spirited dodgeball games. With each spectacular twirling leap to evade the ball, and each thud of ball on flesh when the speed of the throw beat the leap, U.S. and Japanese soldiers alike roared approval. The game&#8217;s seemingly least important aspect: the score.

But a brief tug-of-war showed who had more muscle: Marine teams placed first through third.