Marines in Kuwait aren't so tough when Santa comes to camp 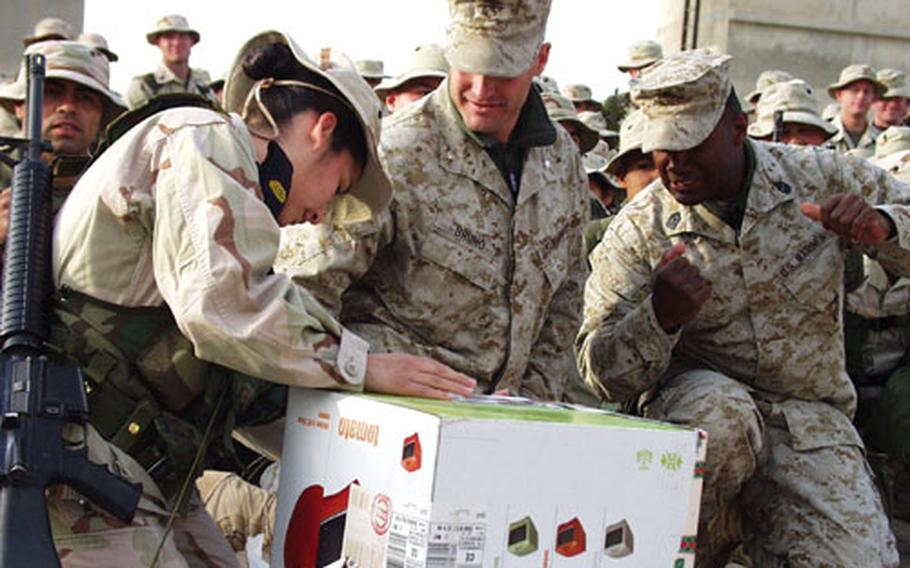 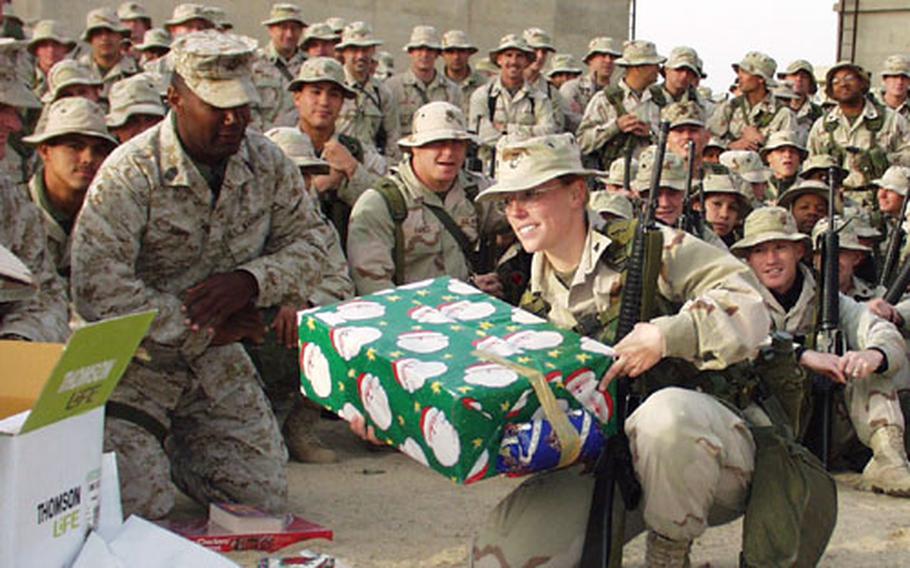 &#8220;I needed one,&#8221; said Lachance, 21, an intelligence analyst from Paso Robles, Calif. The young Marine received a bag full of Christmas gifts along with a hearty embrace from Santa &#8212; as portrayed by Maj. Mike Riddle.

Lachance and other members of the I Marine Expeditionary Force celebrated Christmas a day early Tuesday. All received gift bags donated by Operation Christmas Basket, an American-led group that distributed 17,000 baskets to U.S. troops in Kuwait.

Later at the spartan base, Marines made the most of a holiday spent far from home. Some sang carols in the chilly night air; others attended a late-night candlelight service that lasted until Christmas morning.

I MEF commander Lt. Gen. James Conway gave the Marines Christmas Day off &#8212; a rarity in a 12-hour-workday world.

The several hundred Marines are part of the I MEF&#8217;s command element, sent to Kuwait in October and scheduled for an indefinite stay as part of the war against terrorism, said spokesman Capt. David Romley. They have carved a base camp out of the desert next to an active Kuwait army commando post not far from Kuwait City.

Marines live in unheated tents built on concrete slabs. The only toilet facilities are portable. Entertainment consists of a gymnasium pockmarked with bullet holes, a gravelly soccer field or the occasional game of hackey-sack. But many of these leathernecks marvel at the amenities: hot showers, three hot meals a day and a launderette.

Nevertheless, it wasn&#8217;t difficult to find some cheer in Santa&#8217;s presence and a nice gift.

Benoit was counting the minutes until she could call her year-old daughter, Adrianna, who is staying with Benoit&#8217;s mother.