Marines in Haiti alter duties to fit the situation 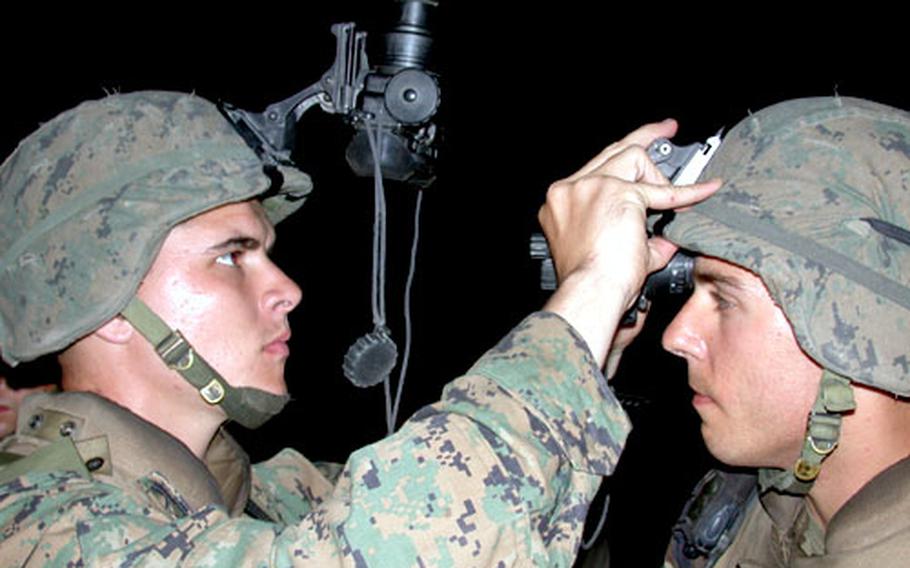 PORT-AU-PRINCE, Haiti &#8212; It wasn&#8217;t until Cpl. Jeremy Lewis got to Haiti that the mortarman of Weapons Company, 3rd Battalion, 8th Marines learned the art of three- and four-hour foot patrols.

But he learned quickly.

With no call in Haiti to drop their 81 mm mortar rounds or illuminate the night sky for patrolling ground troops, the Marines of Weapons Company and the various Weapons Platoons attached to the three deployed companies of the 3-8 instead make up another line company at the commander&#8217;s disposal. They patrol city streets of Port-au-Prince in Humvees to look for bandits and weapons caches.

&#8220;Here, we&#8217;re just another line company on wheels, doing vehicular and foot patrols,&#8221; Lewis said. They&#8217;ve also trained to augment the Quick Reaction Forces, those who called to respond at a moment&#8217;s notice to incidents such as rioting or attacks.

Marines of both platoons of Weapons Company, the 81s and Combined Anti-Armor Team, or CAAT, have set aside their big guns, but keep them in country in case the need arises.

&#8220;That has been my biggest challenge &#8230; converting a 81 mm mortar platoon to a mobile rifle platoon in both organization and equipment necessary to accomplish the task,&#8221; said Capt. Bill Sablan, Weapons Company commander.

His Marines aren&#8217;t upset by their shift in duties, he said.

On a night patrol Monday, the 81s Platoon (pronounced eighty-ones) made the rounds through the troubled neighborhoods of Delmas 91, Petion Ville and Bel Air.

A few nights ago, shots were fired in Delmas 91 and the Marines went out to investigate, said platoon leader Sgt. Christopher Rosetti, 25.

&#8220;The Marine presence is good. People here are fearful of the police,&#8221; Estime said in English. Based on few details, residents told the Marines the shooting was between two men fighting over a woman and that they didn&#8217;t live in the neighborhood.

At the nearby Petion Ville police station, police officers said they had no information of any shooting, and no information on hidden weapons. Crimes in that neighborhood range from kidnappings to stolen cars and burglaries, said night supervisor N.A. Prato.

Though they&#8217;re not doing the job they trained for, the Marines&#8217; attitude has been upbeat on the deployment, said Rosetti, of Philadelphia.

In spite of the intense training to learn to seek out enemy targets, plot the correct grid coordinates and call for mortar rounds, Lance Cpl. Stephen Goodall said he isn&#8217;t bothered that he isn&#8217;t doing the job for which he trained.