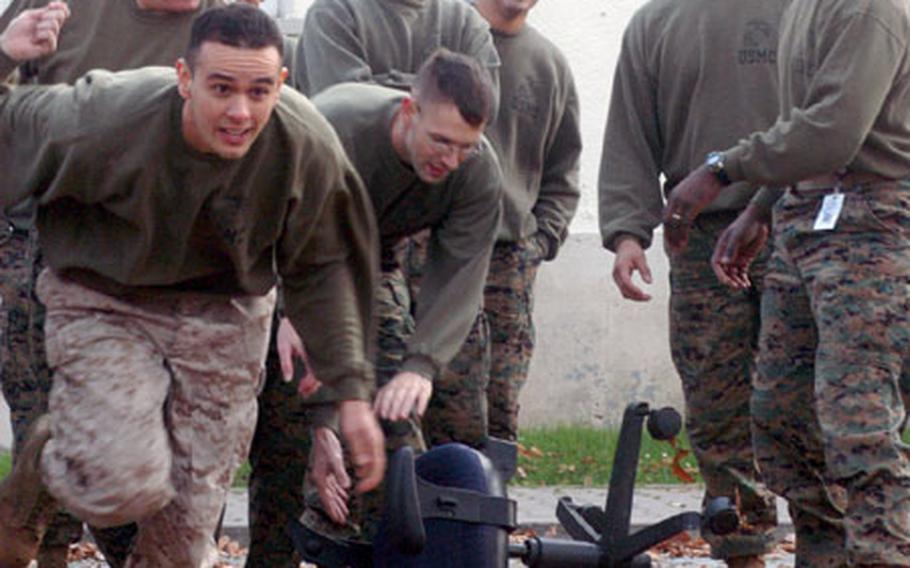 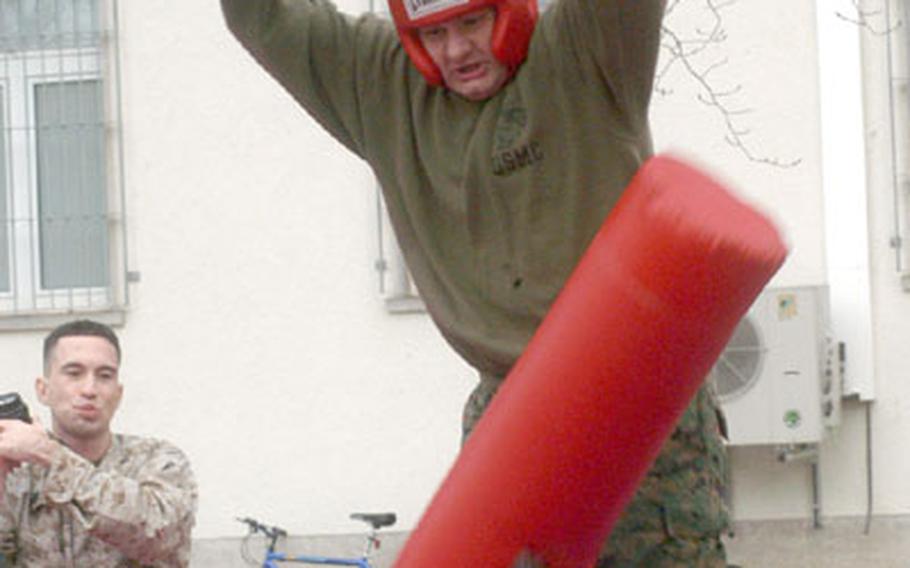 Baker&#8217;s team of sergeants-and-below lost five out of seven games to officers and senior noncommissioned officers during a party Thursday to mark the 230th birthday of the United States Marine Corps. The results didn&#8217;t sit well with the losers.

The senior Marines were insulted by the allegations. Wisdom and experience prevailed, they claimed.

Regardless, it was a good way to spend this day, the Marines said.

They could forget about filling out paperwork, gathering and analyzing intelligence, and arranging for transportation and supplies, as well as the other jobs performed by Marine Corps Forces Europe, a headquarters unit that coordinates Marines&#8217; movements within the U.S. European Command.

Their party will last through the weekend, highlighted by the Marine Corps ball on Saturday night.

After the games were over, the barbecue grill began sizzling with hot dogs, hamburgers and bratwursts, and chips and cold drinks were ready for consumption.

But the all-American cookout was sullied for some by the lingering charges of skullduggery.

Sure, the old guys won the &#8220;Magic Carpet&#8221; and &#8220;Void&#8221; games fair and square. They credited their college educations for producing the brainpower needed to prevail in those events.

But the lower-ranking troops were disqualified, they said, in the three-legged race for supposedly starting a melee. In fact, there was a melee after the Dizzy Izzy race and the Pugil Sticks battle, but no disqualifications resulted.

Sgt. Tony Lovering said that next year maybe military police could be brought in to police the judges, like a second referee in professional wrestling.

In the end, though, he took heart that the younger Marines, second best on this day, were just coming into their prime.