Marines helping injured Iraqis in Ramadi get to medical care 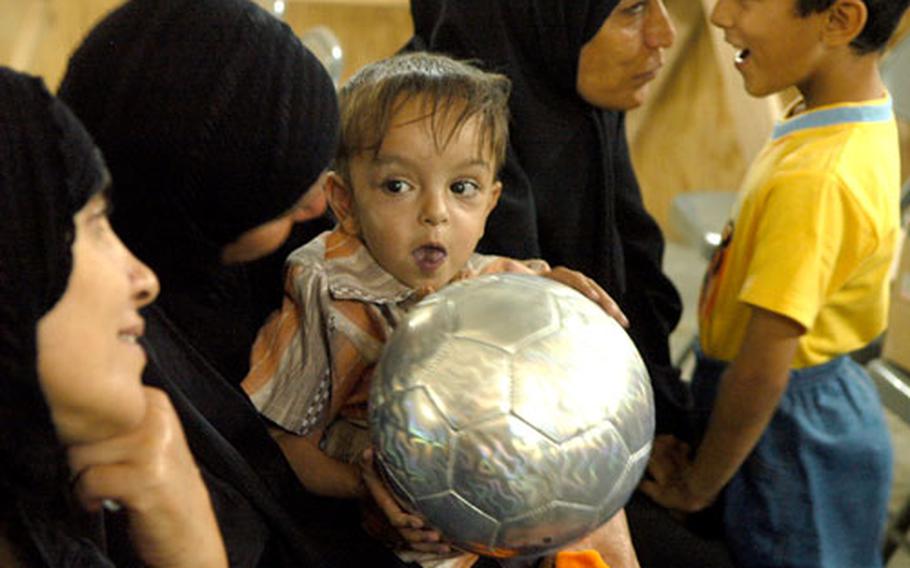 Imin Majeed, 2, who has a congenital heart condition, was flown with other children earlier this week to the National Iraqi Assistance Center in Baghdad. (Allison Batdorff / S&S)

Imin Majeed, 2, who has a congenital heart condition, was flown with other children earlier this week to the National Iraqi Assistance Center in Baghdad. (Allison Batdorff / S&S) 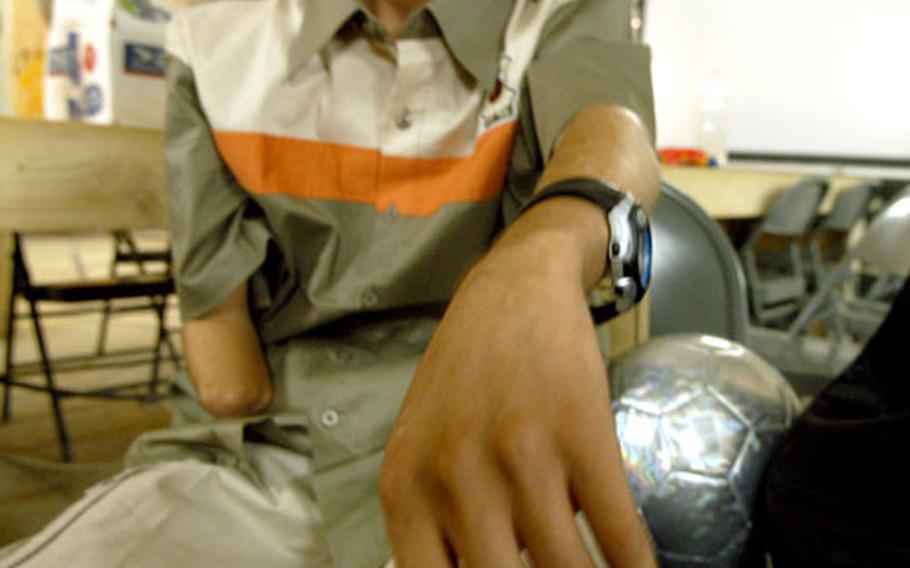 Anas Kareen, 14, was caught in the crossfire between insurgent and coalition forces in Ramadi, which resulted in an amputation and shrapnel embedded in his body. (Allison Batdorff / S&S) 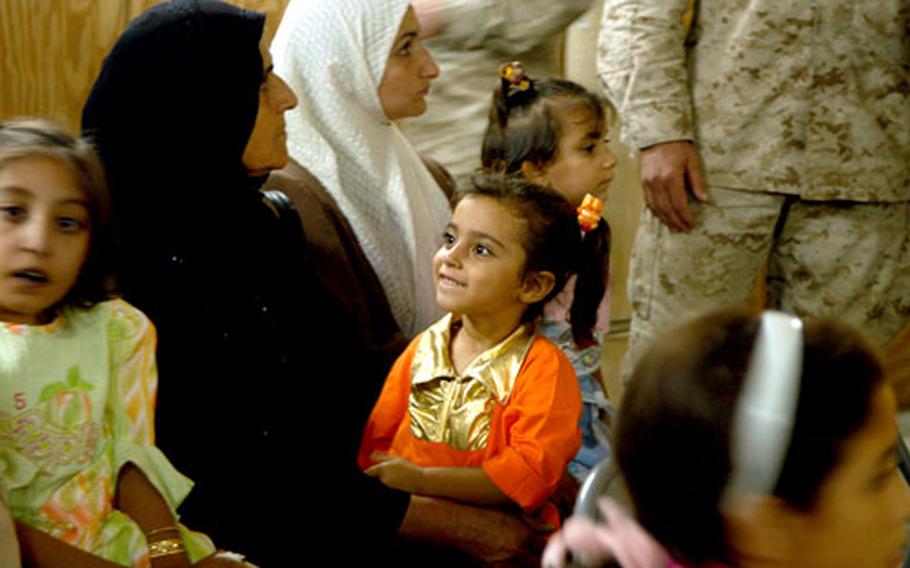 Ctim Thazi Fassal, 4, was playing outside when a controlled detonation of a bomb sent a piece of shrapnel into her skull. The Marines flew her — and seven other children — early Sunday morning to the National Iraqi Assistance Center. (Allison Batdorff / S&S)

RAMADI, Iraq &#8212; The Iraqi women gathered their bulky clothing around them, gripped the children and marched resolutely toward the helicopters.

But early in the morning last Sunday, 15 Iraqis climbed aboard the Marines&#8217; C-46 helicopters and headed off into the unfamiliar, hoping that the problems facing the seven children aboard could be fixed somewhere, anywhere.

Ramadi, in Anbar province, lacks the services to fix 4-year-old Ctim Thazi Fassal, who has a piece of shrapnel lodged in her skull. Or a 5-year-old girl named Safa, whose heart is on the wrong side of her body. Or Anas Kareen, 14, who lost part of his arm in the crossfire between insurgents and coalition forces and still has burns and shrapnel under his skin.

Anbar province has been the heartland of the Sunni Arab insurgency. Until earlier this year, when U.S. forces and Sunni tribal leaders began to collaborate against al-Qaida-led extremists, the province was one of the most hostile and volatile areas in Iraq.

&#8220;Due to the violence in al-Anbar and especially Ar Ramadi, many local doctors have been killed or have fled for their lives,&#8221; said Navy Lt. Tony Romero, a surgeon attached to the 2nd Battalion, 5th Marines. &#8220;It has left the city without medical specialists to care for children with complex medical problems.&#8221;

When the Marines first got to Ramadi seven months ago, they never saw these kids, said Maj. Al Mendonca, who heads up Weapons Company at Joint Security Station Iron in Ramadi.

&#8220;They were inside because it wasn&#8217;t safe,&#8221; Mendonca said. But after the security improved and Marines moved into the communities in joint security stations and combat outposts, children with severe medical problems came out of the woodwork. This spurred Marines to coordinate a medical transport to the National Iraqi Assistance Center, he said.

The seven children who left for the center that morning returned with a little more hope. Several of the children got visas and passports in preparation for traveling for surgery. Others must return to Baghdad for more tests.

The center offers Iraqis free help in coordinating medical care &#8212; inside or outside of Iraq &#8212; and filing compensation claims against the coalition, among other services. It works with nongovernmental organizations and private groups.

The Marines formed the bridge between the families and the center, an organization that will find a place to get the children the surgery they need in Iraq, if possible, or elsewhere in the world.

The Marines&#8217; doctors did preliminary medical screenings on the children and submitted information to the center. They also put together a flight after the overland option was nixed due to security and the children&#8217;s condition.

The center&#8217;s rules stipulate that children must travel to their Green Zone headquarters with a female guardian.

This is an aberration in culture in Iraq, where women are seldom allowed to travel alone. This complicated matters when it came to the screening process, as some children will likely not receive treatment because of this stipulation, Mendonca said.

But those who came said the program gives them hope for their children, they said.

As for the Marines, they are hoping that the program catches on &#8212; at least until Iraq&#8217;s physicians return to the country to practice. The 3rd Battalion, 7th Marines is helping children in its own section of Ramadi, said Lt. Eric Goodspeed, 37, of Eureka Springs, Ark., and a Navy corpsman[/BODY].