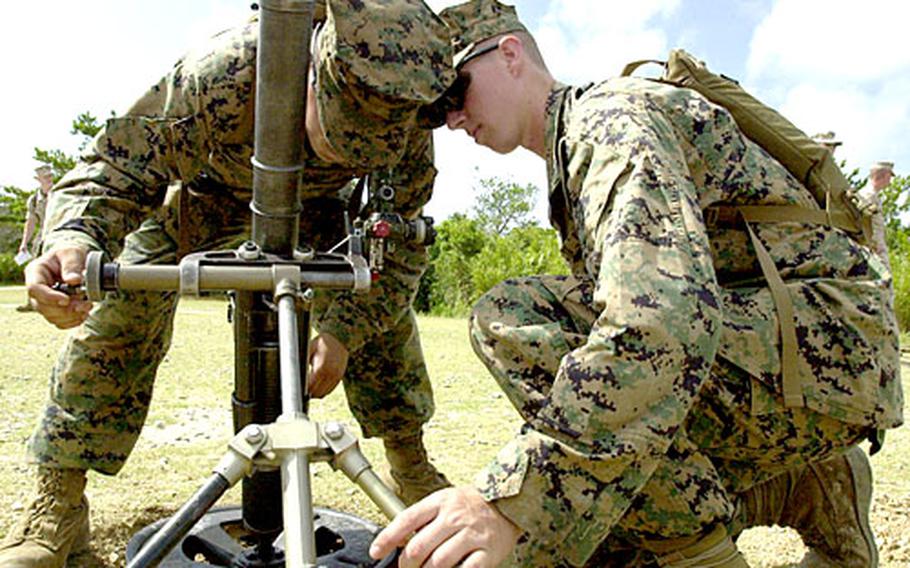 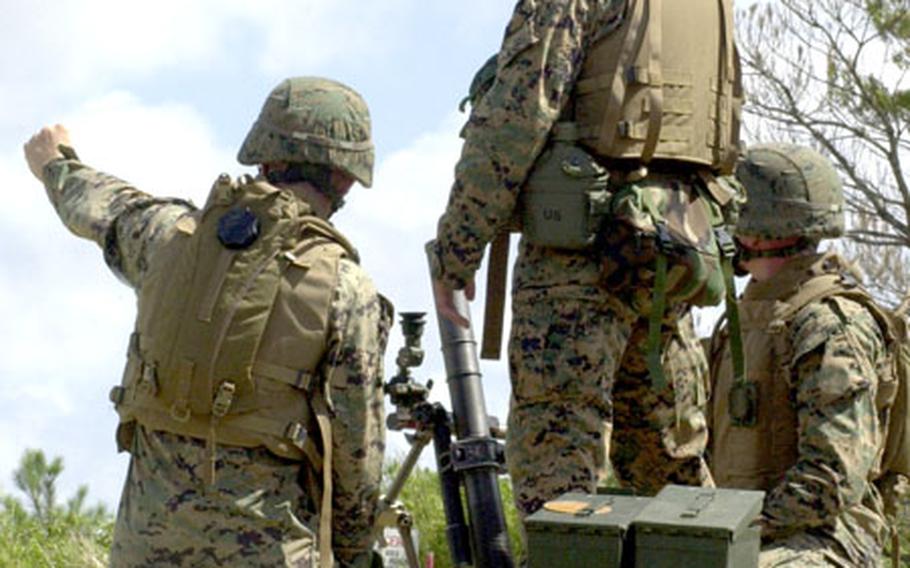 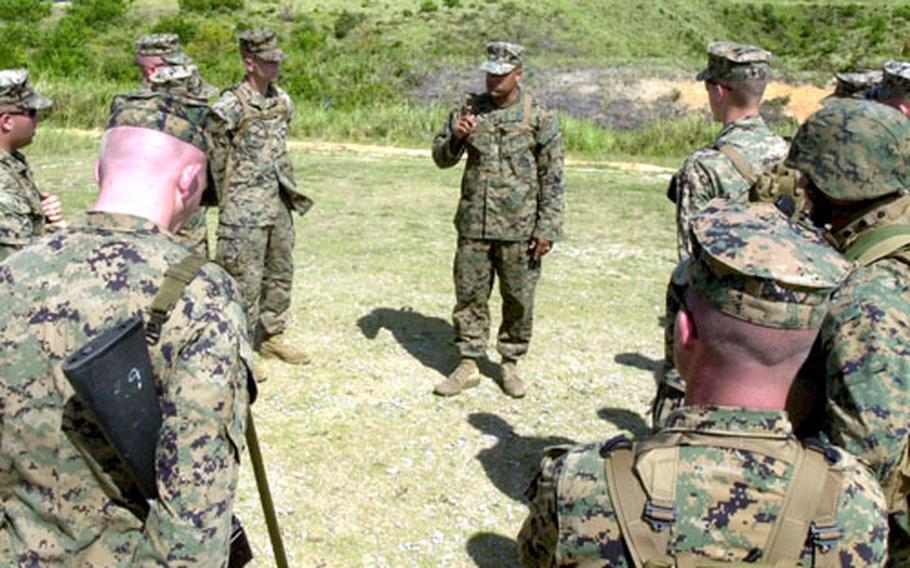 Ferreira and Garvey hunker down as their 60 mm lightweight mortar shoots a high-explosive round. (Cindy Fisher / S&S) Lance Cpl. Rudy Chavez, 20, of Kansas City, Mo., punches the bore of the 60mm lightweight mortar before the Marines fire off rounds, to ensure it is clear of obstructions. Pfc. Shaun Garvey, 19, of Indianapolis, held the weapon steady during the process. (Cindy Fisher / S&S)

CAMP HANSEN, Okinawa &#8212; The Marines of 1st Battalion, 5th Marine Regiment, hit the ranges of Camp Hansen on Wednesday for their first live-fire exercise since arriving on island from Camp Pendleton, Calif., two weeks ago.

The Marines, with the battalion&#8217;s Weapons Platoon, Company A, haven&#8217;t had a chance to fire their 60 mm lightweight mortars for about three months, so the exercise was mainly to re-familiarize everyone with the mortars, said 1st Lt. Tyler Holt, the company&#8217;s executive officer.

About 20 Marines fired off high explosive rounds from two of the mortars using a direct-lay technique: Mortars are placed in the ground and mortar gunners see where their rounds impact and adjust accordingly, Holt said.

The battalion, here until January as part of a unit deployment program, is attached to the 31st Marine Expeditionary Unit as part of its Battalion Landing Team.