Marines get back to roots with ‘fam fire’ 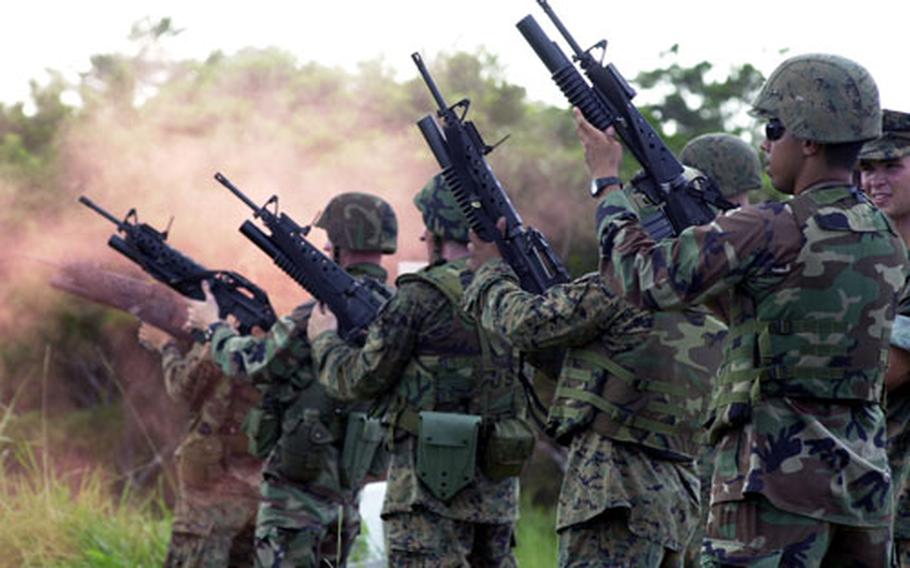 Members of the 31st Marine Expeditionary Unit aim for a distant hillside on Range 8 on Okinawa while firing practice rounds from the M203 grenade launchers attached to their M-16 A2s. The Marines on the far end are surrounded by a cloud of orange chalk that prematurely released from a practice round. (Fred Zimmerman / S&S)

Members of the 31st Marine Expeditionary Unit aim for a distant hillside on Range 8 on Okinawa while firing practice rounds from the M203 grenade launchers attached to their M-16 A2s. The Marines on the far end are surrounded by a cloud of orange chalk that prematurely released from a practice round. (Fred Zimmerman / S&S) 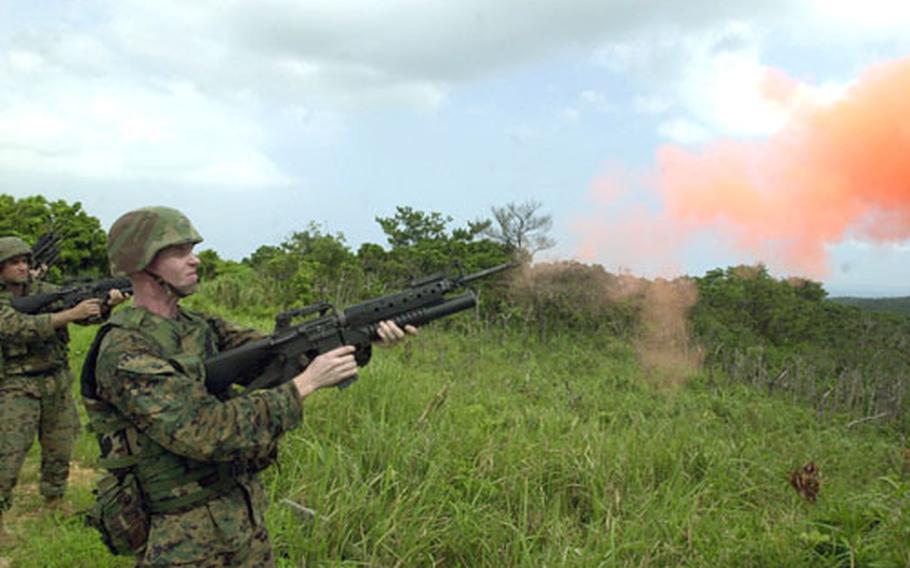 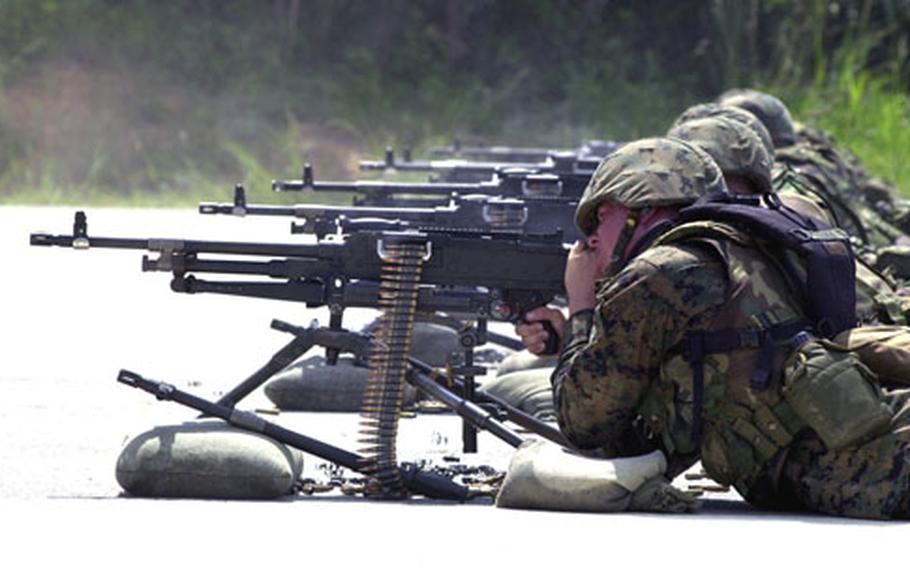 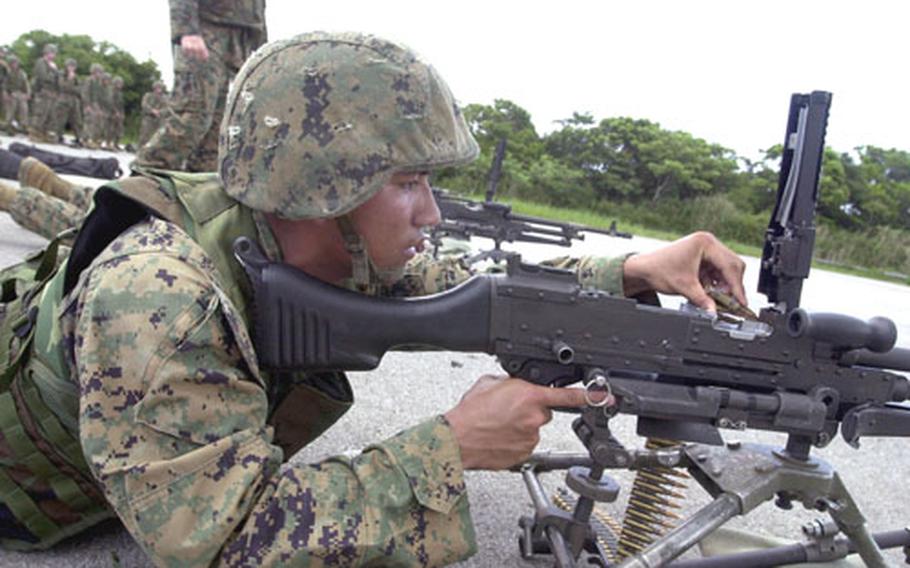 The refresher course kicked off Monday with force protection training. Staff Sgt. Vedel Poindexter, staff noncommissioned officer in charge of the Marksmanship Training Unit that conducted the training, said the group was taught about vehicle control points, to include searching vehicles and access.

&#8220;They hardly get any time on these weapons,&#8221; said Poindexter. &#8220;This is to enhance what the Marines have received in previous training &#8230; refresher training to hone the skills that all Marines must have whether they&#8217;re in theater, in the Fleet Marine Force, or a Reserve unit.&#8221;

Poindexter said the majority of the Marines were from support billets who usually only fire weapons on annual trips to the rifle range.

Each morning, the group received training on the weapons they would fire that day, Poindexter said. They would then travel to one of the firing ranges in the afternoon to conduct the familiarization fire.

Sparks would like to see this kind of training take place more often, he said.

One Marine said it&#8217;s been more than two years since he touched such weapons.

The training was provided by the III Marine Expeditionary Force Headquarters Group&#8217;s MTU on Camp Hansen. Poindexter said this is the first time his unit conducted this kind of training.

Staff Sgt. Garrett Robinson, the chief instructor at MTU, helped come up with the training the Marines received. He said the only thing he would change is maybe adding classes on the M2 .50 caliber machine gun and the MK-19 40mm machine gun. But he added that ammunition for those weapons is hard to come by for training purposes.

Robinson said the training was successful, both for instructors and students.

Poindexter said that while this was a first for his unit, he hopes it&#8217;s not the last. He said none of his instructors are infantrymen, so by teaching the classes, they&#8217;re also learning the weapons of the Corps.

He and Robinson both agreed they would like to do more of this training.