Marines get a grip on fast-rope skills 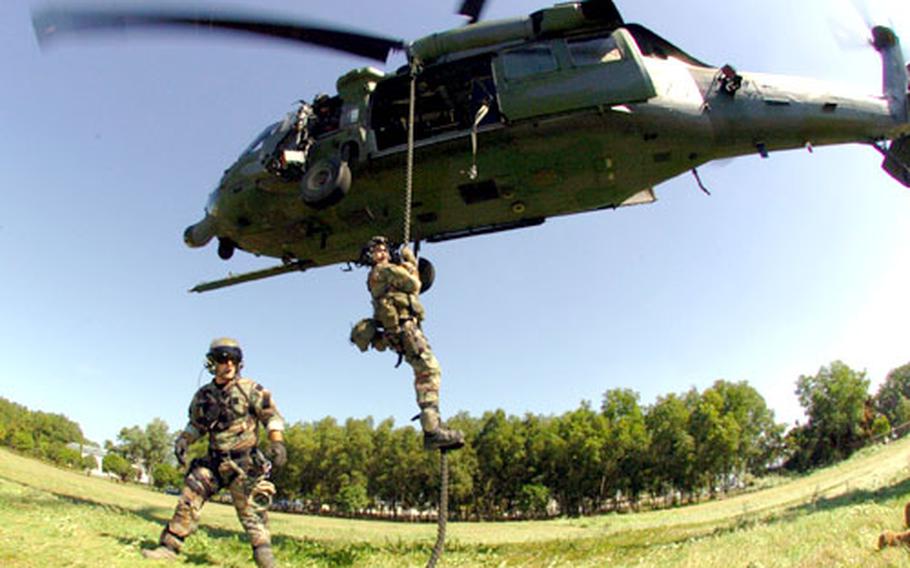 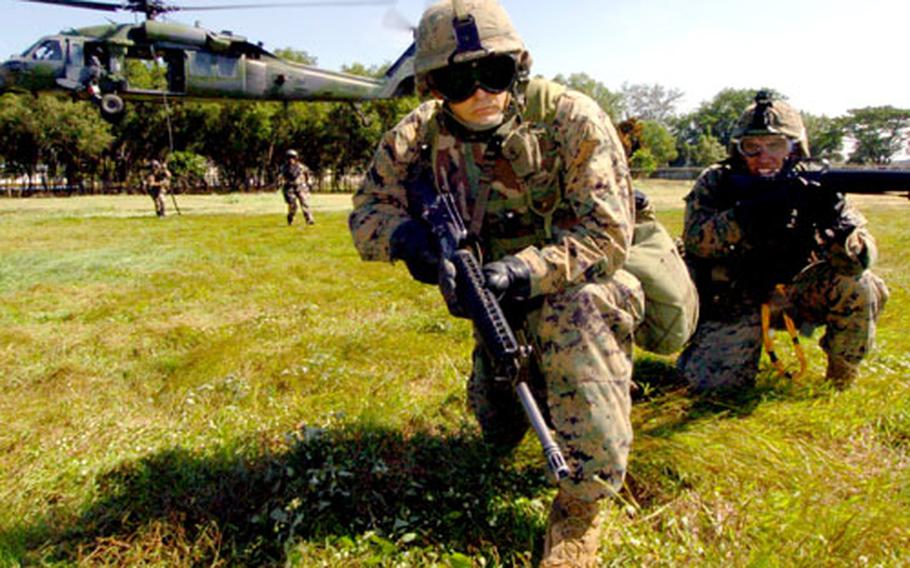 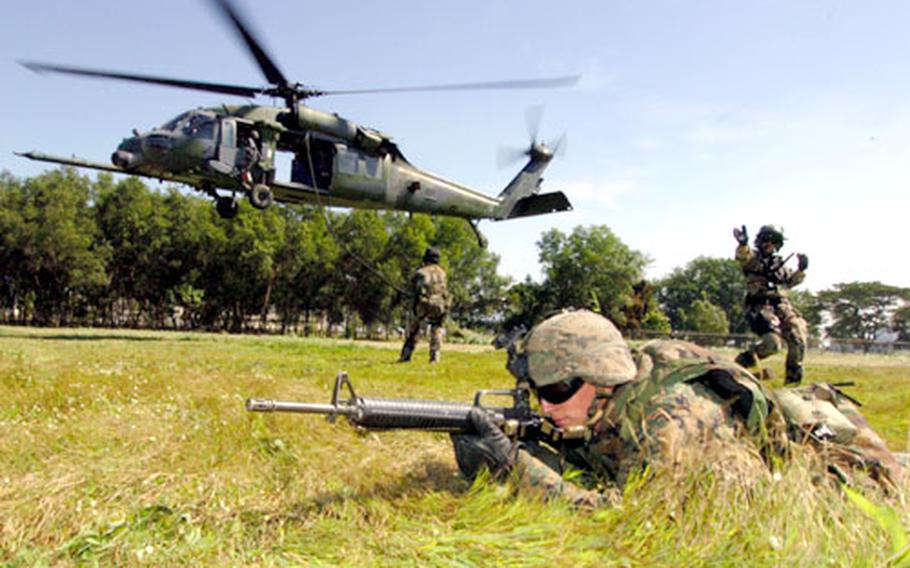 CLARK AIR BASE, Philippines &#8212; A rope drops from the helicopter, and without a second&#8217;s hesitation, the first of a succession of Marines jumps, sliding 20 to 30 feet to the rotor-washed ground.

To practice insertion and forming a secure perimeter around an aircraft, Marines assigned to the Quick Reaction Force for the current humanitarian mission in the Philippines rehearsed the orchestrated maneuvers from a unique aircraft: an Air Force HH-60G Pave Hawk.

As part of the Joint Task Force helping deliver supplies to desperate communities in the Philippines, the Air Force brought three of the helicopters, similar to the Army&#8217;s Black Hawk, to conduct search-and-rescue operations if needed. When Marines and Air Force officials realized the training opportunity, they brought the Air Force aircraft and pararescue jumpers together with the Marines to train.

For some of the engineer Marines, the training provided a first experience with fast-roping, grabbing onto a rope and sliding down without tethers. Only a steady grip with hands and feet separated them from a free-fall.

The Marines were excited to do the training and to work with the Air Force.

&#8220;I was waiting all week for this,&#8221; said Lance Cpl. Trevor Johnson with the Combat Engineer Company, who never before had been in a helicopter.

Despite an initial unease, courtesy of a small fear of heights, Johnson said he loved the experience. From the helicopter, he said, &#8220;everything looks really small.&#8221;

He said the training helps the current mission and could come in handy for him as a combat engineer should he ever need to drop into a battle. The Air Force pararescue jumpers, from the 320th Special Tactics Squadron and the 31st Rescue Squadron from Kadena Air Base, Okinawa, provided training and assistance.

Although the two services historically have enjoyed a healthy competitiveness, the Marines said they were eager to work with the parajumpers.

The joint training shows the potential for the two services to train together in the future, Osborne said.