Marines focus on counterterrorism in largest US-led exercise in Africa 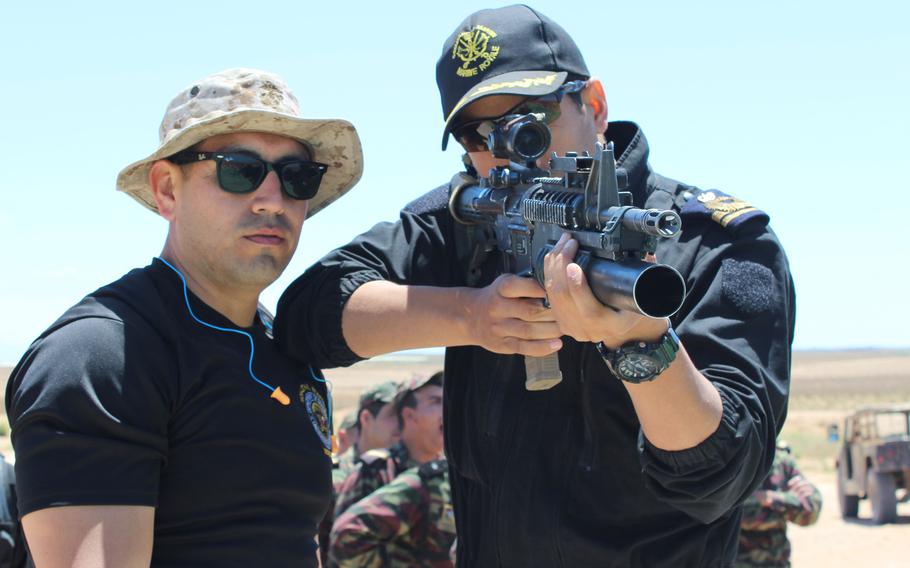 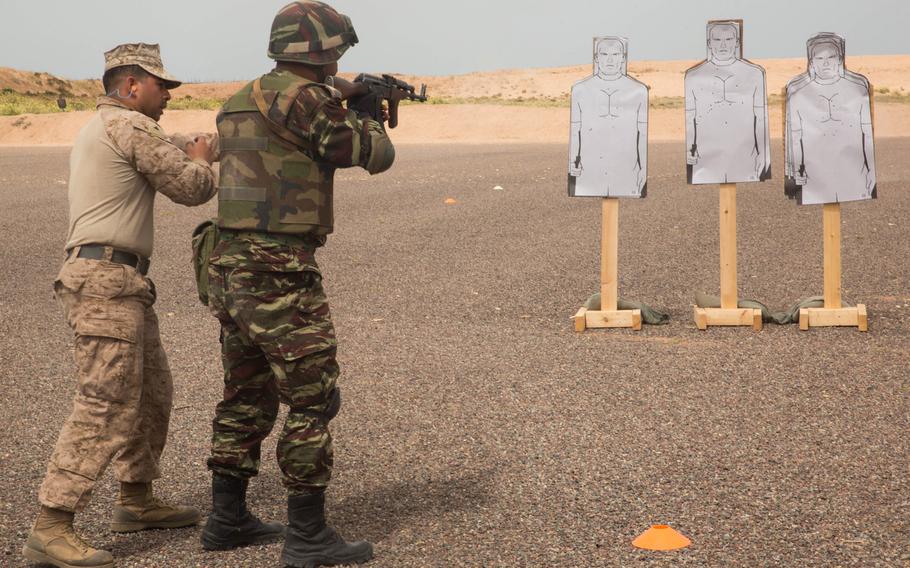 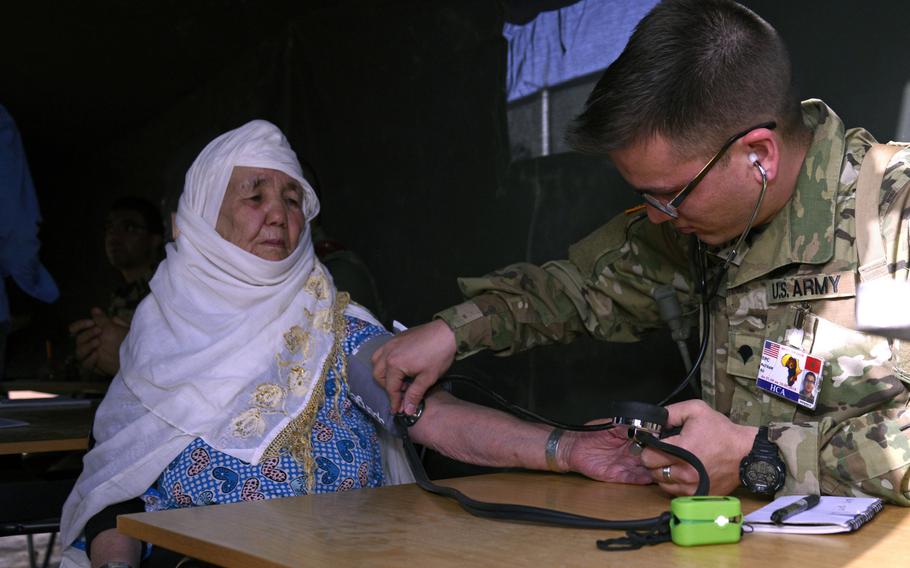 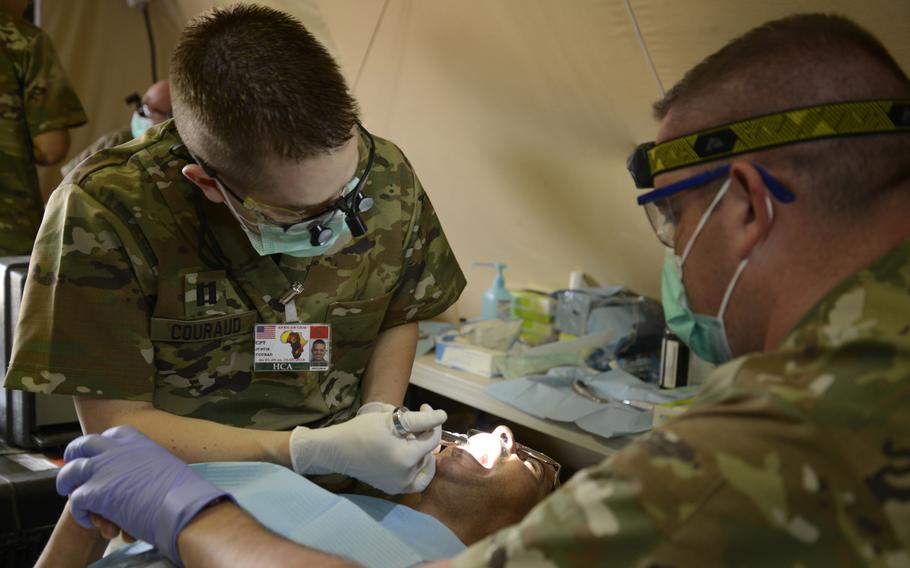 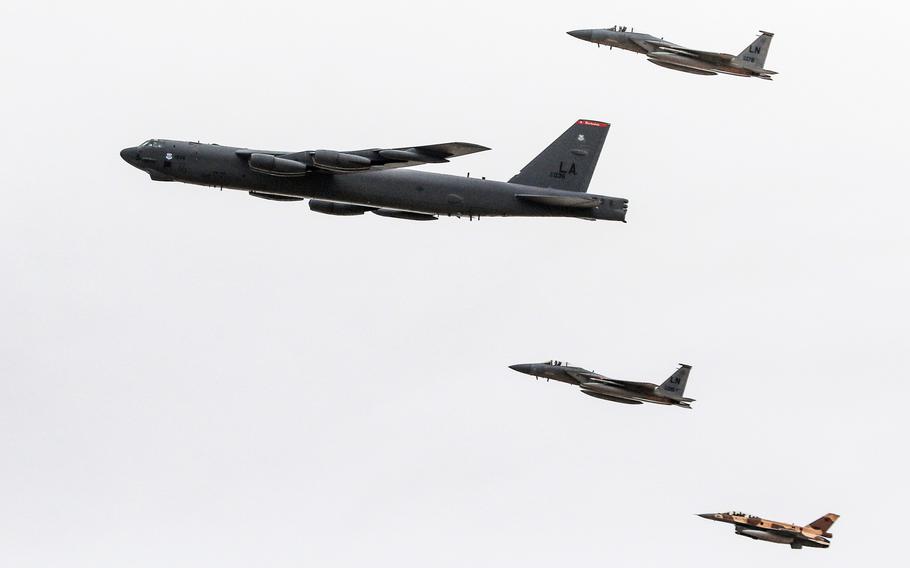 An American B-52 Stratofortress bomber is escorted by U.S. and Moroccan fighter jets over an impact range near Tan Tan, Morocco, April 20, 2018. The B-52 made several bombing runs during the annual African Lion multilateral exercise. (Nathaniel Free/U.S. Army) 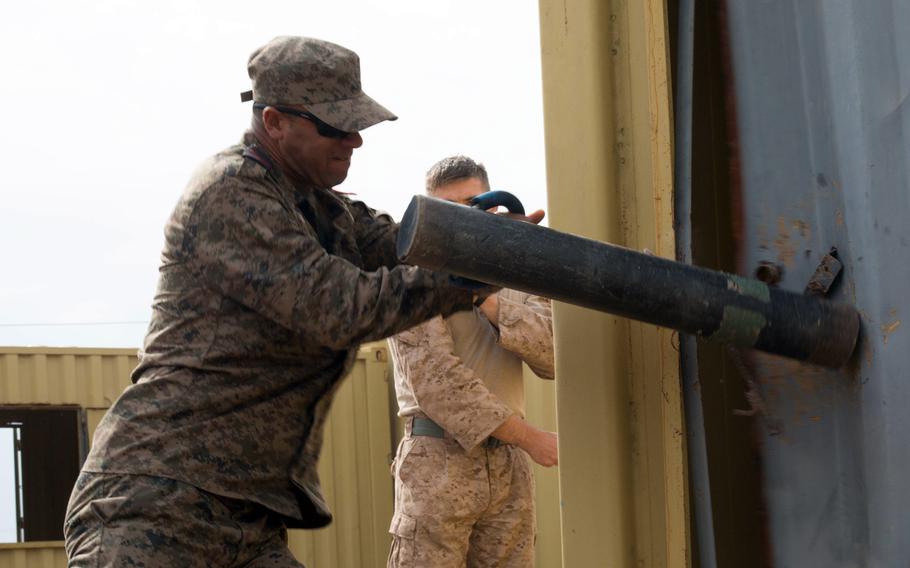 The Marines wrapped up the largest annual U.S.-led exercise in Africa this weekend in Morocco and Tunisia, where Marines trained with soldiers from around the continent on various war games.

This year, the exercise focused on kinetic fighting and anti-terrorism techniques, rather than peacekeeping, which was the focus in the past.

The change in the exercise’s approach, several years in the making, stemmed from a desire by participating nations to get better training in countering violent extremists, said Marine Lt. Col. Winston Tierney, the lead exercise planner.

“Collectively I think there was a shift in interest, as we’ve been doing peace and stability operations pretty consistently, and I think folks just wanted to look to see how well can we grow and expand the exercise, and keep it relevant with the kinds of things that are going on in the world,” Tierney said.

The Marines and international partners carried out mock battles across the region in the air and on land and sea.

A counterterrorism contingent of Marines based in Spain led much of the fighting on land, while U.S. aircraft mock-battled Moroccan pilots above.

During a portion of the training, Moroccan mortars fired on targets on land to help identify enemy positions for U.S. naval and air support.

The exercise's new focus on war fighting did not deter participants from providing real-world humanitarian aid to many of those in need.

As part of the exercise’s humanitarian training, Utah National Guardsmen joined with Moroccan and Tunisian doctors to help more than 5,000 civilians with various medical conditions. The multinational medical staff provided glasses to many people with poor eyesight and even performed limited surgeries for people in dire need.

The exercise, co-sponsored by the United States and Morocco, has been going on in some form for the past 15 years.

“It was amazingly refreshing to see how people who have never met each other before, from all over the world, can work together so efficiently,” Tierney said. “What an extraordinary representation of teamwork. In my opinion, it was the epitome of it.”