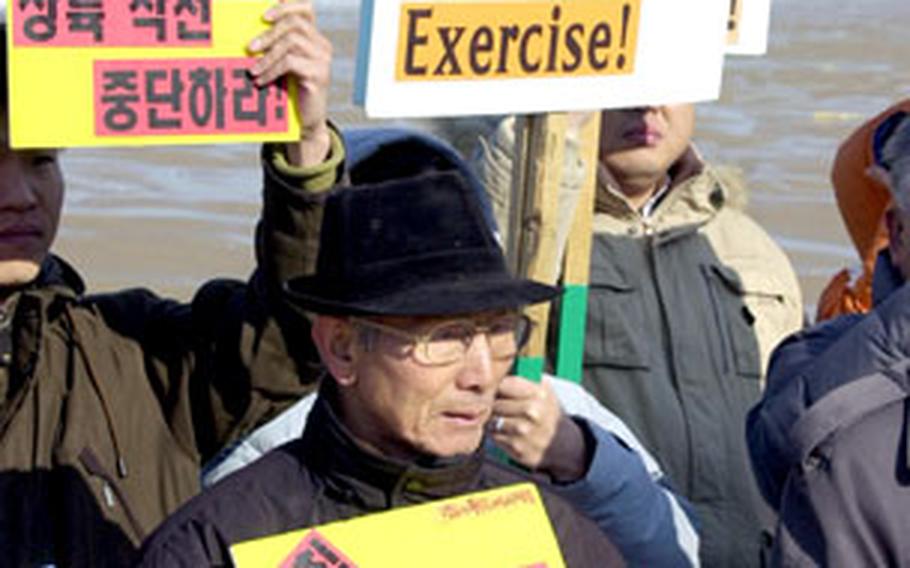 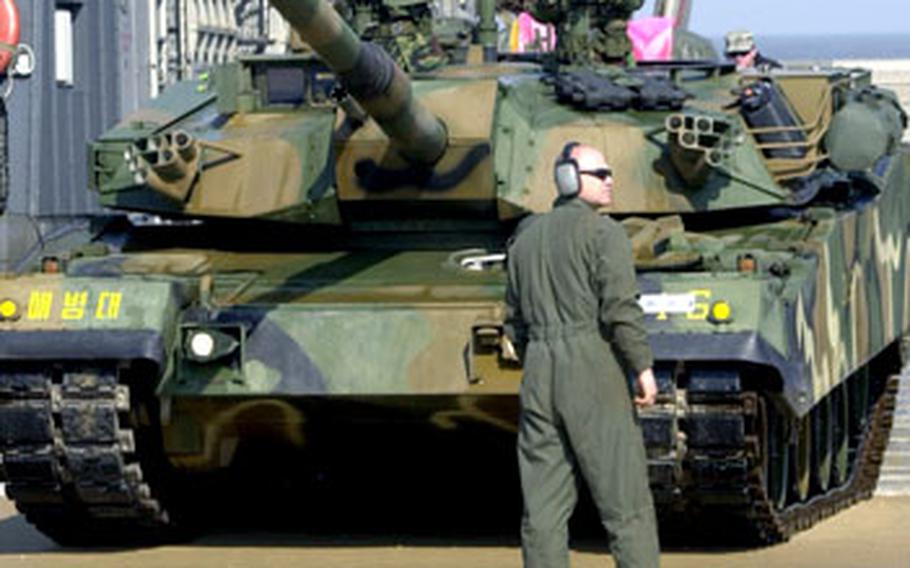 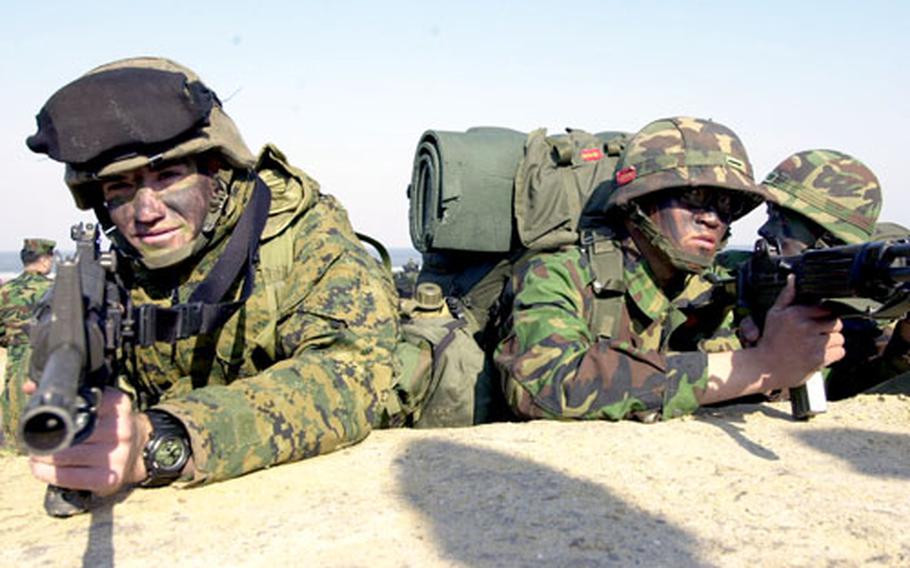 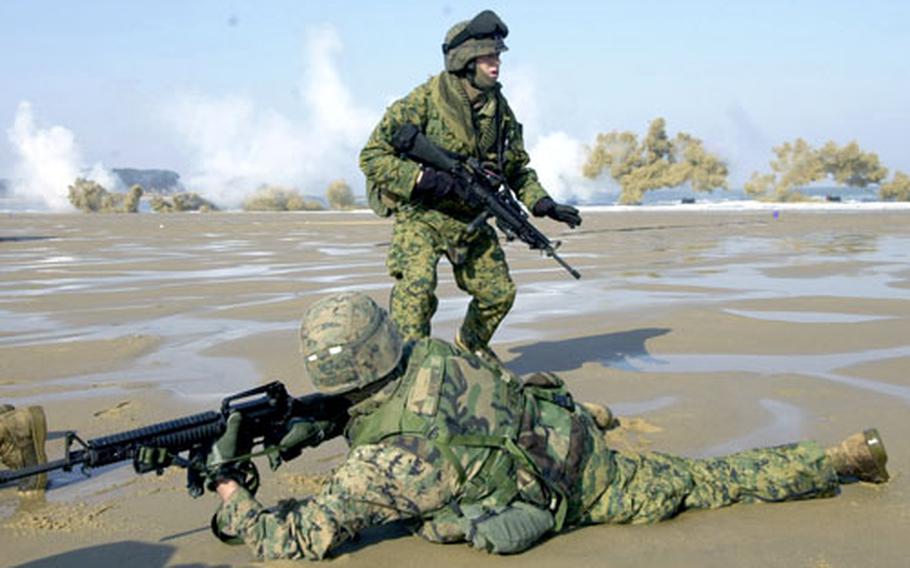 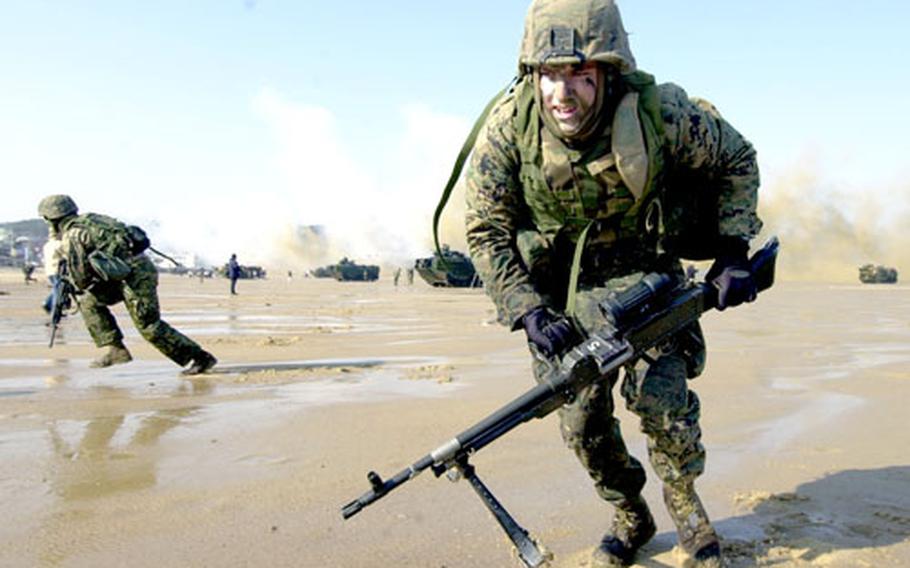 MALIPO BEACH, South Korea &#8212; Hundreds of U.S. and South Korean Marines were greeted with cheers and a few jeers as they stormed a beach during a training exercise here on Thursday.

Crowds of high-ranking South Korean military officers and a few of their U.S. military peers cheered as the first wave of Marines hit the shore in amphibious assault vehicles that emerged through billowing smoke.

But as the AAVs rolled to a stop and the Marines began advancing their way inland, sprinting short distances before diving into the wet sand to provide cover, about 25 protesters surrounded one vehicle.

The small group chanted slogans and screamed, &#8220;Yankee, go home!&#8221; at the Marines. The group hurriedly slapped anti-U.S. exercise stickers on the AAV before one Marine began pulling them off.

The protesters successfully prevented a South Korean tank from off-loading by standing in front of the ramp of the amphibious landing craft carrying it &#8212; one of two such landing craft involved in the exercise.

Local police finally arrived and forced the protesters to leave the beach.

Other than that, officials said, the exercise went off without a hitch.

The South Korean marine officials would not say how many of their personnel participated in the exercise.

&#8220;We exchange tactics, techniques and procedures,&#8221; Hummer said, pointing out that both nations use the same type of AAV.

Echo Company commander 1st Lt. Patrick Lavoie called the exercise a success. He described it as taking a beach, reorganizing and pushing inland.

And Lance Cpl. Joshua Adrian, a team leader, noticed one of the biggest differences between working on Okinawa and in South Korea.