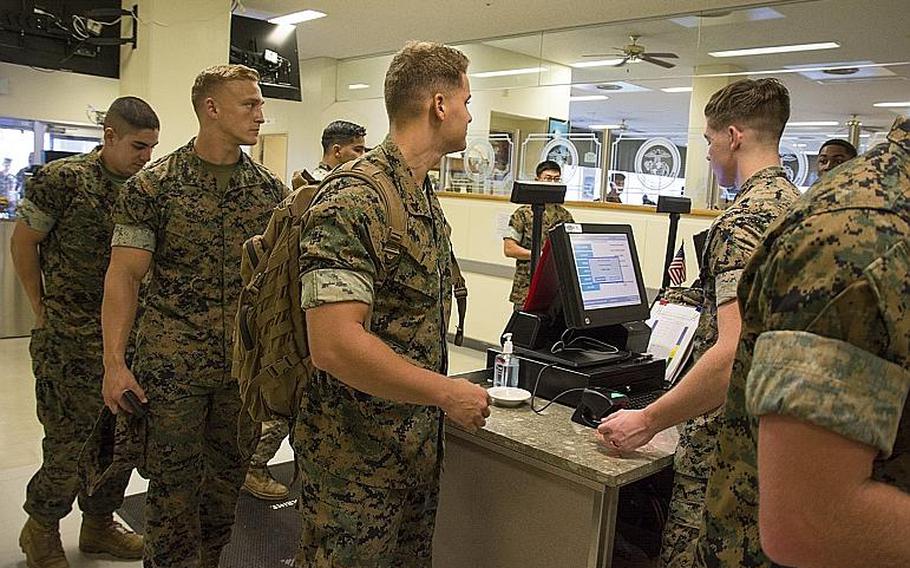 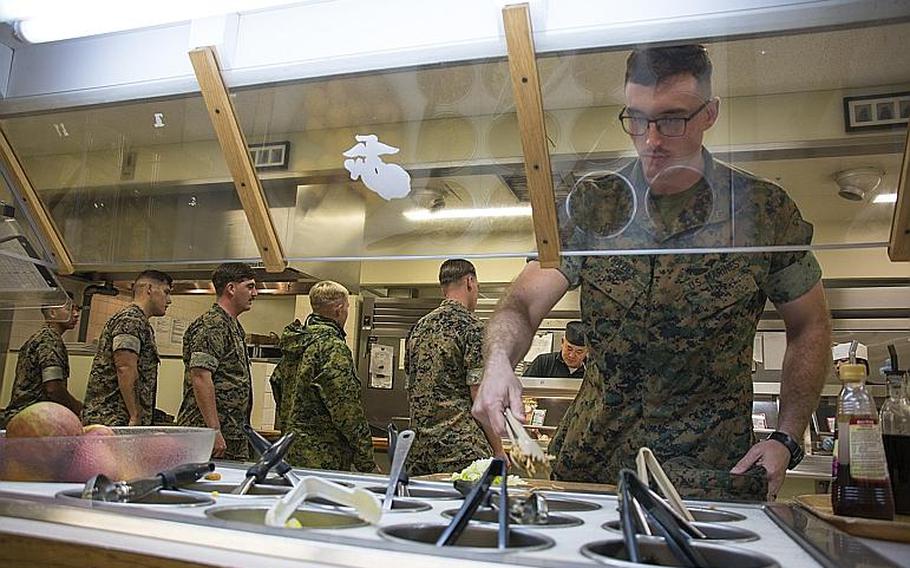 MARINE CORPS AIR STATION IWAKUNI, Japan — Some junior Marines in Japan have shredded their meal cards and moved to a simpler system that requires only a common access card, or CAC, to dine at mess halls.

Part of a Marine Corps-wide initiative, the change eliminates an unnecessary piece of paper that can easily be lost or forged, said Chief Warrant Officer 4 Denis Lebreton, director of the Installation Personnel Administration Center, which oversees dining facilities at MCAS Iwakuni.

The CAC system increases accountability and reduces the administrative burden of managing the program, he said. For example, Marines who lost their meal card were required to fill out a statement that had to be routed through their chain of command, the provost marshal office and the mess hall.

Using CACs also eliminates the ability for Marines to loan their meal card to another individual or make a copy that could then be used by someone else, Lebreton said.

The new system has been up and running for months; however, IPAC just recently received official word from the Marines to stop issuing meal cards at Iwakuni, he said.

Marines were instructed to shred their meal cards last month, prompting rumors that they would be put on a basic allowance for subsistence, or BAS.

Lebreton said that is not the case; however, the change should also benefit Marines on BAS, because they will no longer be required to use cash to purchase a meal. Instead, the cost will automatically be deducted from their BAS and reflected on their leave and earnings statement at the end of the month.

Marines receiving BAS can still use cash, but there is now an option if they forget to bring money with them, he said.

The change does not affect members of other services stationed at Iwakuni or other Marine installations, Lebreton said. Sailors based at Iwakuni still need to use a meal card to dine at the mess hall, and servicemembers receiving BAS will have to show their ID and pay cash at the register.

Marines assigned to bases owned by a different service will have to follow requirements at that installation.