Marines decide on men’s dress and service cap for everyone 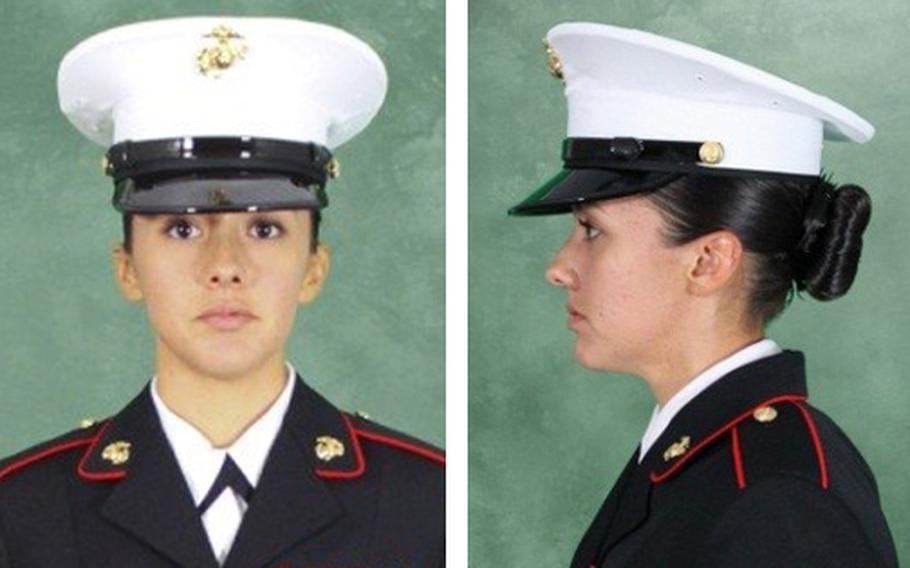 The Commandant of the Marine Corps has approved a recommendation from the service’s uniform board to adopt the men’s dress and service cap for women, too. (USMC)

It’s official: The Marines will not be wearing “girly hats” after all.

The Commandant of the Marine Corps on Friday approved a recommendation from the service’s uniform board to adopt the men’s dress and service cap for all Marines.

Female Marines currently wear a different style of cover than male Marines with their dress and service uniforms. The manufacturer of the women’s covers is going out of business, Marines said, so the uniform board sent out a survey to determine whether Marines preferred to adopt the male cover as the universal cover or to change the cover for all Marines to a style similar to that worn in the early 1900s.

But widespread outrage and negative reaction to the “Dan Daly” cover, along with incorrect media reports asserting that President Obama was pushing the new style of caps, led the board to withdraw the survey.

Still, 91 percent of Marines who participated in the survey favored adopting the current male cover as the universal cover, said Col. Todd S. Desgrosseilliers, president of the Marine Corps Uniform Board.

Female Marines who marched in the ceremonies at Marine Barracks Washington this summer wore the male-style cover throughout the parade season as part of a testing phase, but the Corps will continue doing research to improve the comfort and fit of the cover, officials said.

Though Marines said the decision to change the female cap was driven primarily by the fact that the manufacturer would no longer be able to produce them, Navy Secretary Ray Mabus had asked the Navy and Marine Corps to consider unisex covers.