Marines come to the rescue after car accident in South Korea 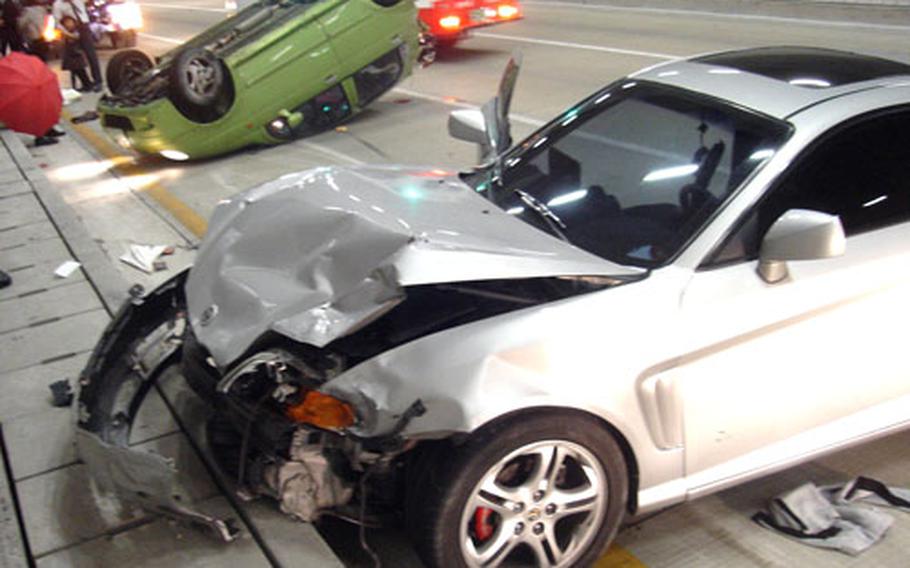 A gray car sits heavily damaged after getting into an accident with the overturned green car in a North Pohang tunnel on Nov. 4. Marine Capt. John Graham and Cpl. Joshua Frazier administered first aid to seven South Koreans at the scene. (Courtesy of Joshua Frazier)

A gray car sits heavily damaged after getting into an accident with the overturned green car in a North Pohang tunnel on Nov. 4. Marine Capt. John Graham and Cpl. Joshua Frazier administered first aid to seven South Koreans at the scene. (Courtesy of Joshua Frazier) 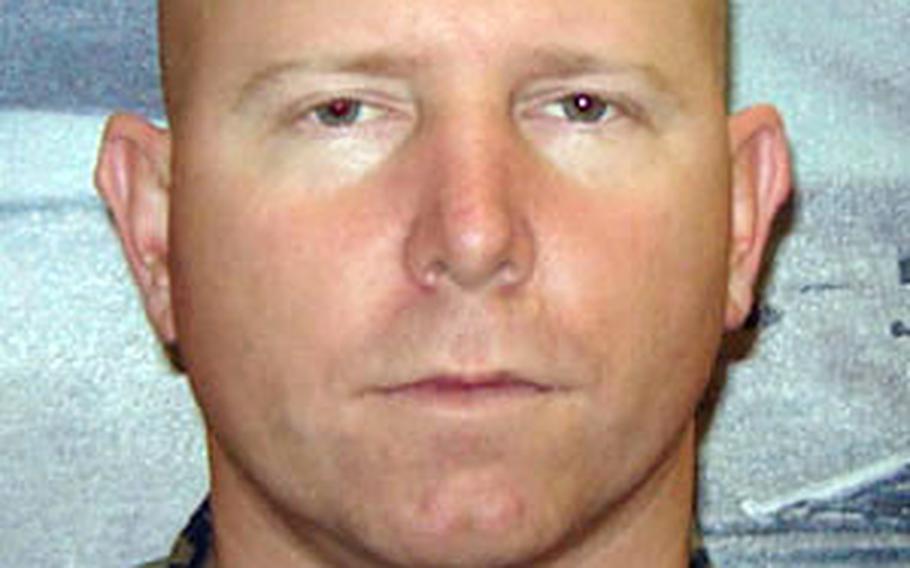 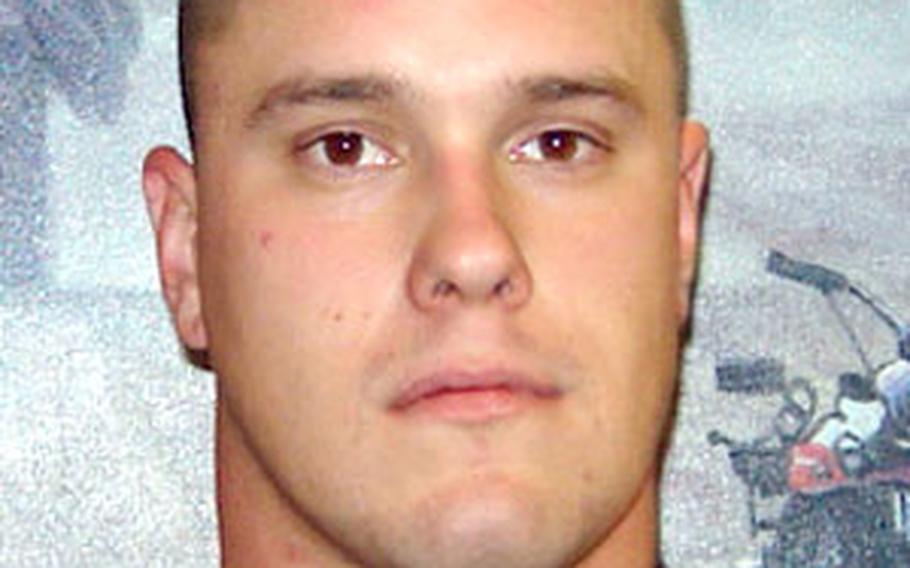 CAMP RED CLOUD, South Korea &#8212; Marines Cpl. Joshua Frazier and Capt. John Graham were driving back from training in southeast South Korea on Nov. 4 when a gray sports car sped by them on I-20 in north Pohang.

Three or four minutes later, Graham and Frazier passed through a tunnel and found the gray car straddling the left lane and the shoulder, its front end mashed. A smaller green car lay overturned in front.

Graham and Frazier stopped and rushed to the scene.

One man was wandering around in a daze while a woman lay by the side of the road, with her head on the curb. The woman&#8217;s two children, an elderly couple and another woman remained in the car.

The Marines could smell gas pouring from the overturned car, which still was supplying power to its headlights.

&#8220;The grandmother was sitting halfway inside the car and the grandfather was weaved in between front seats. We reached in and got them out of there,&#8221; said Graham, a Marine Forces Korea aviation ordnance officer based at Camp Mujuk in Pohang.

Once everyone else exited the car, the two Marines checked for injuries. They focused their attention on the woman on the side of the road.

Both Frazier and Graham are combat veterans with first-aid training and both have responded to vehicle accidents in the past.

They found a blanket in the car and wrapped the woman in it to mitigate the early stages of shock, which can be fatal. Despite the language barrier, they continued talking to her to keep her coherent.

Meanwhile, a white car arrived, Graham said, and the man and woman from the gray car entered that vehicle and left the scene of the accident. Graham said he took down the white car&#8217;s license plate number and later gave it to police. Police officers assigned to the case were unavailable for comment Wednesday and Thursday. A few wrecker trucks arrived at the scene about 40 minutes after the accident and an ambulance arrived about 20 minutes after that, Graham said. The two Marines helped the first responders load the woman who appeared most severely hurt into the ambulance.

On Wednesday, both Marines downplayed their actions.

A local hospital spokeswoman told Stars and Stripes that each of the accident victims had checked out soon after the accident. Stripes attempted to reach the victims, but South Korean authorities were unable provide their names.

At first, Graham said, the victims were a little wary of what the two American strangers were doing as they checked their pulses and touched their heads. But after a few minutes, he could feel a sense of gratitude, especially from a little girl he helped.