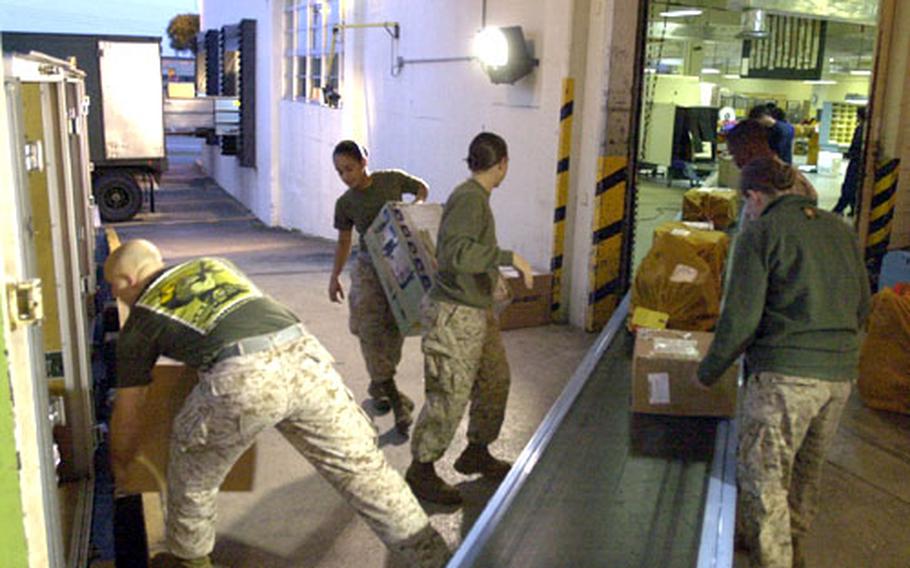 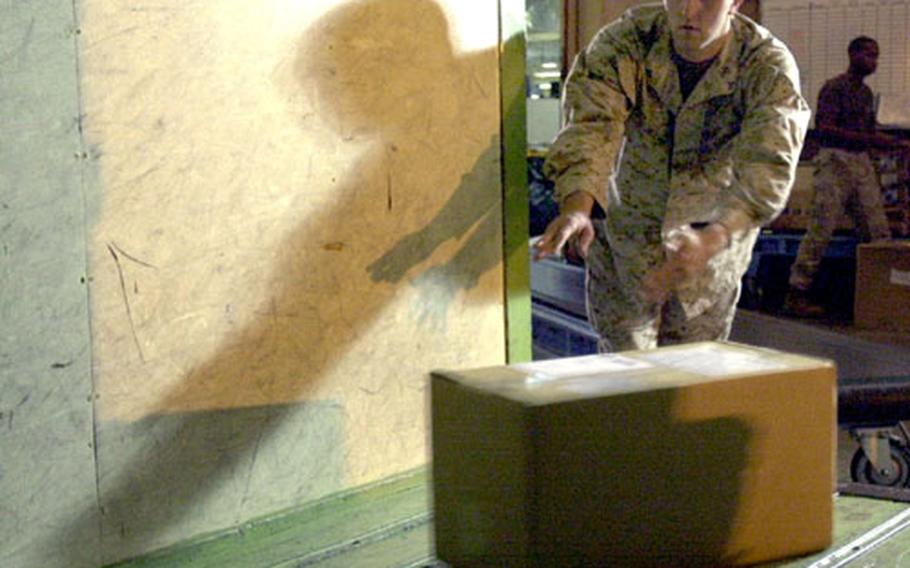 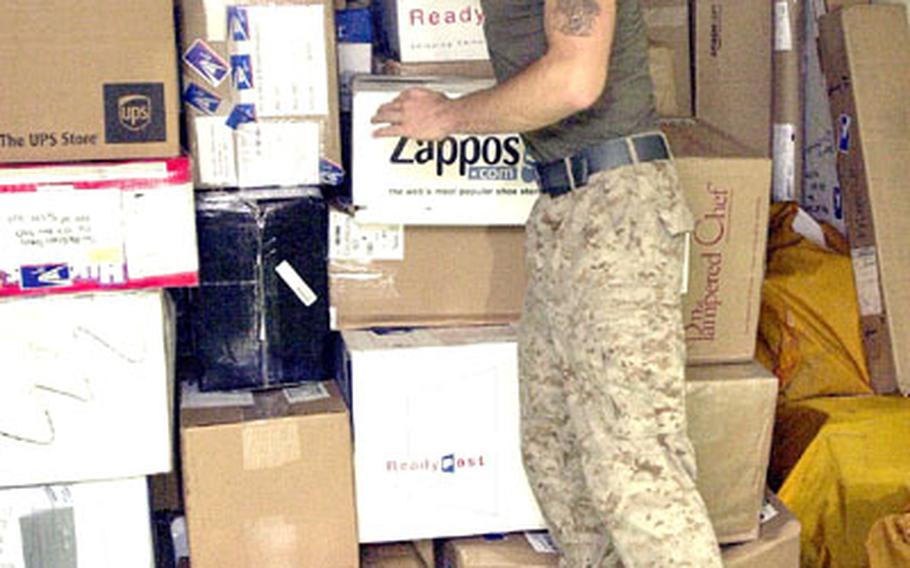 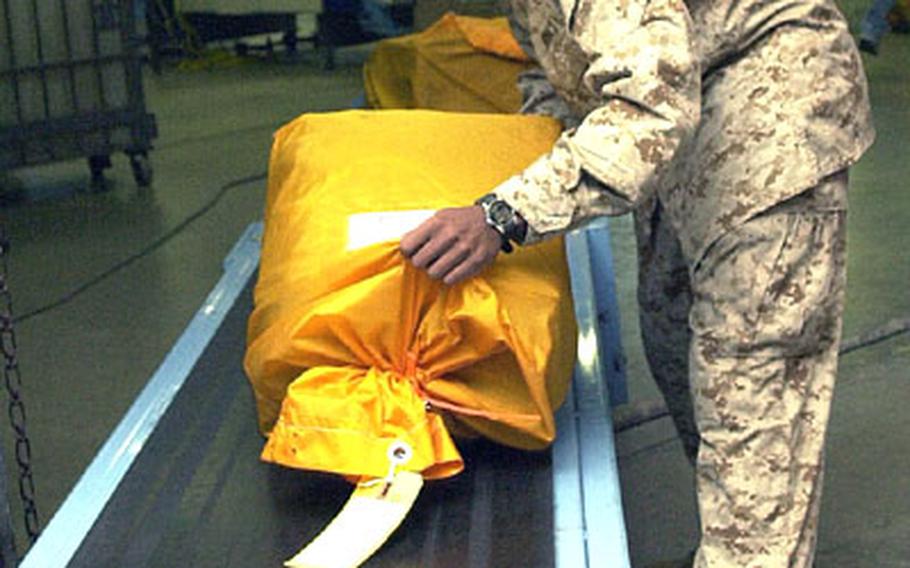 Cpl. Anthony Lockhart, the NCO in charge of dispatch, calls out which camp a bag of mail should go to as it comes down a conveyor belt at the Consolidated Postal System building on Camp Kinser. (Fred Zimmerman / S&S)

CAMP KINSER, Okinawa &#8212; With Christmas fast approaching, many children are wondering if the toys they mentioned to Santa Claus will be wrapped and under their tree Sunday morning. While Santa is doing his part to make that happen, he&#8217;s getting some help from the Marines and civilians working at the Consolidated Postal System here.

Twenty-seven Marines and 25 Master Labor Contract employees receive and distribute the mail for all the island&#8217;s Marine Corps camps and the Army&#8217;s Torii Station, according to Chief Warrant Officer Milton Taylor, the facility&#8217;s operations officer. The week before Christmas, Taylor said workers were extremely busy, putting in long days to ensure Christmas mail and packages reach their final destination on time.

This week the Marines and civilians were working in two shifts, the first arriving at 6 a.m.

The first crews begin their shift by sorting the priority mail. Next, they start taking boxes off the trailers and putting them through an X-ray machine. There, Taylor said, Japanese Customs agents snag about 10 percent of the mail for further inspection in a separate area.

After the X-ray machine, all the mail, including boxes, travels down a conveyor belt to waiting Marines, who call out the camp where each piece of mail is addressed. Other workers then take the mail to the appropriate cargo truck.

Ensuring mail gets to the right spot means the Marines need to know every unit on the island, what camp each belongs to and the ZIP code, Taylor said. His Marines frequently are quizzed on that information.

Taylor said his workers normally try to get all the mail trucks loaded and on the road to camp post offices by 7:30 a.m., but they&#8217;re currently pushing that back to 8 or 8:30 a.m. to ensure more packages make it to recipients.

During normal operations, Dobison said the facility sees about 3,000 pounds of mail each day. But this time of year things pick up drastically, he said, as anywhere between 6,000 and 9,000 pounds come in daily.

One Marine loading trucks Wednesday morning said helping get the packages out makes him feel a little like a certain Christmas celebrity.