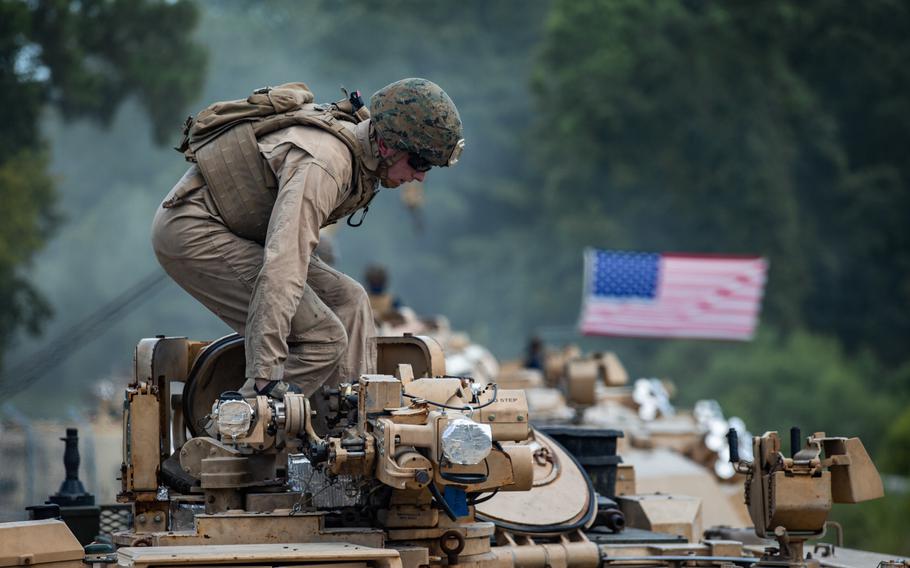 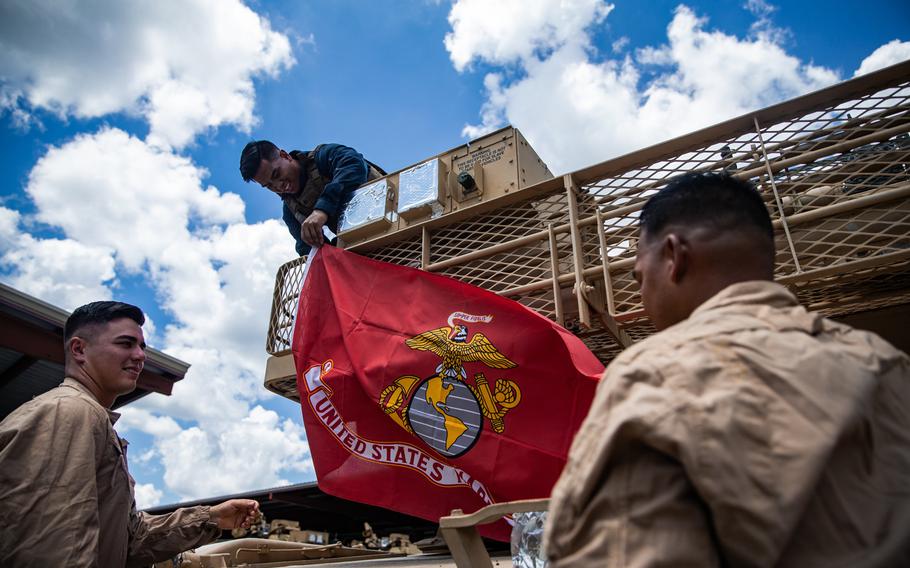 Most Marine tankers have chosen to stay in the Corps rather than join the Army to keep on tanking in the months since the top Marine general called for the shuttering of heavy armor battalions earlier this year.

The service gave tank officers, enlisted crew and maintainers the option to move into a new military specialty, retire early or transfer into another service by April 2022, when it would begin choosing for them.

“They’re Marines,” said Chris Juhls, a retired gunnery sergeant, in a July episode of a YouTube series about the service’s tank community. “They’ll adapt, they’ll overcome, they’ll find something else.”

Up to about the end of last month, that appears to have been the case, service data shows. At the time, 70% of Marines who had submitted paperwork requesting one of the options had chosen to stay in the Corps.

Of some 820 Marines, about 130 had opted to switch to a new specialty within the branch, 46 had requested transfer to another service and six had chosen early retirement.

About 650 had not requested any of the options by late September. Some 30 Marines whose contracts ended in fiscal year 2020 or were eligible for regular retirement by Oct. 1 weren’t included in the data, said Yvonne Carlock, spokeswoman for Marine Manpower & Reserve Affairs.

With coronavirus precautions forcing career services programs to close earlier this year, much of the transition and retention guidance for the tankers was being done “in-house” within the battalions this summer, Master Gunnery Sgt. Daniel Formella, operations chief at the Camp Lejeune, N.C.-based 2nd Tank Battalion, said on the YouTube channel “100 years of Marine Corps Tankers” in July.

A few Marines with the battalion described their career-planning process in a statement the 2nd Marine Division provided to Stars and Stripes.

After sitting down with a career planner to discuss his options, Staff Sgt. Edward Douse Jr., a platoon sergeant, requested jobs in the information security, logistics and supply fields as his top three choices, based on personal interests and his aptitude test scores, he said.

Cpl. Tristen T. Stamps, a tank commander with the battalion who hopes to stay in the Corps until retirement, chose the combat engineer specialty, in part because of stories his grandfather told of serving as an Army engineer during the Vietnam War, he said.

And Capt. John Neail, a company commander, was tempted to swap over to the Army but eventually decided to become a financial management officer in the Corps after he was given no guarantee he would be a tanker as a soldier, he said.

“My only desire to transfer to the Army would be to stay on the tank,” he said. “I wasn’t willing to risk hanging up my 8-point (Marine hat) to put on (the Army’s) patrol cap without knowing I’ll be back in the tank.”