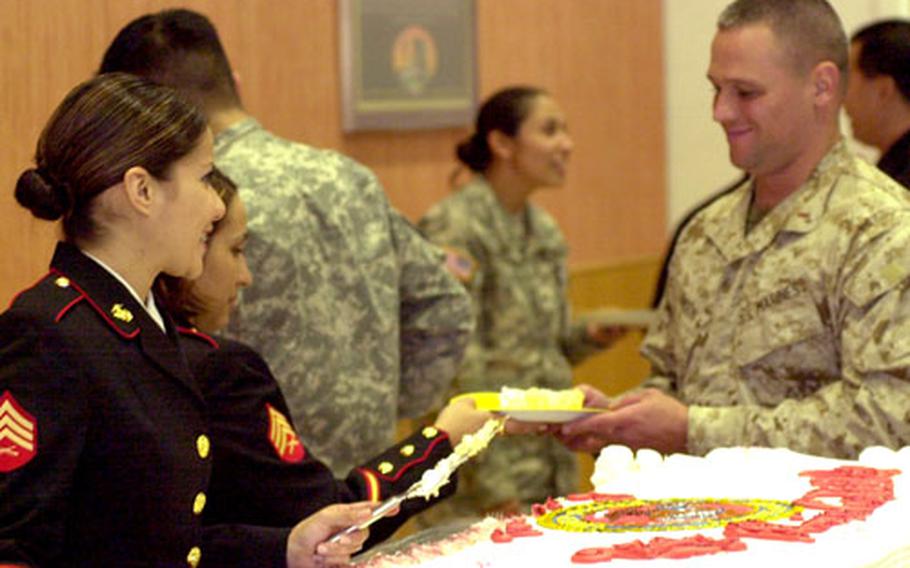 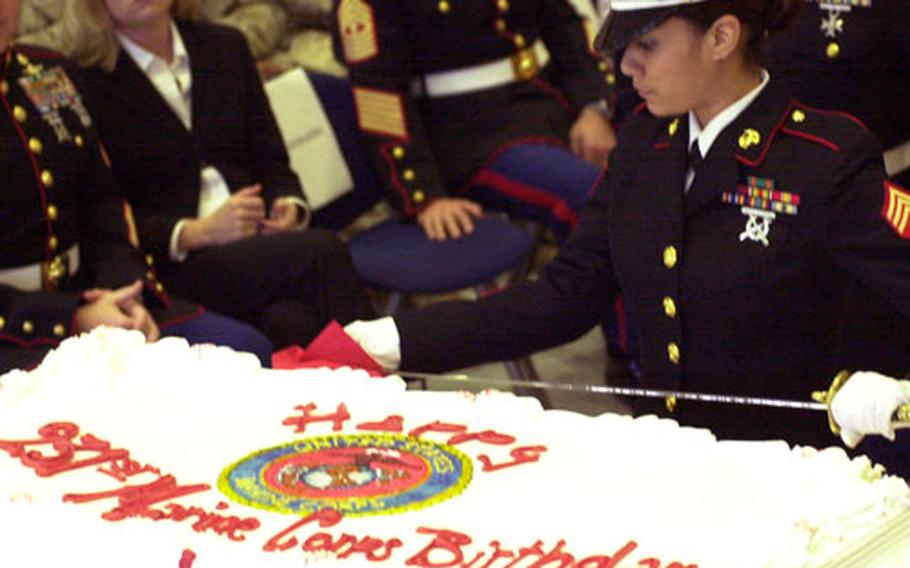 Marines &#8212; along with soldiers, sailors and airmen &#8212; gathered Monday afternoon in Landstuhl Regional Medical Center&#8217;s Heaton Auditorium to celebrate the 231st birthday of the U.S. Marine Corps. The official birthday takes place Friday, harking back to the creation of the Marine Corps on that day in 1775.

Monday&#8217;s event was marked by the ceremonial cake-cutting in which one of the first pieces of cake was presented to the oldest Marine attending and then to the youngest Marine. The transfer symbolizes the passing of Marine Corps traditions and responsibilities from one generation of Marines to the next.

Chief Warrant Officer 2 William Lawson, 37, passed the piece of cake to Pfc. Christina Burnett, 19. The two Marines, who were serving in Iraq, were at Land- stuhl for medical treatment.

&#8220;Whether you are walking patrol in Fallujah or Haditha and dodging high-speed metal, or you are patching together our wounded warriors here at Landstuhl, or you are volunteers helping the healing process, or are our families &#8212; without whom we couldn&#8217;t do any of this &#8212; you are having a huge, huge impact in that historic moment when we&#8217;re in this struggle of good versus evil,&#8221; Davis said. &#8220;I also believe in my heart of hearts that it won&#8217;t be easy and it&#8217;s not going to happen overnight, but we absolutely will prevail.&#8221;