Marines bring battle to the Baltics in 'raid' with Polish, Romanian troops U.S. Marines of the 26th Marine Expeditionary Unit, drive an AAV-P7/A1 assault amphibious vehicle to a staging in preparation of amphibious operations during Baltic Operations 2018 at Ustka, Poland, June 8, 2018. ()

U.S. Marines of the 26th Marine Expeditionary Unit, drive an AAV-P7/A1 assault amphibious vehicle to a staging in preparation of amphibious operations during Baltic Operations 2018 at Ustka, Poland, June 8, 2018. () 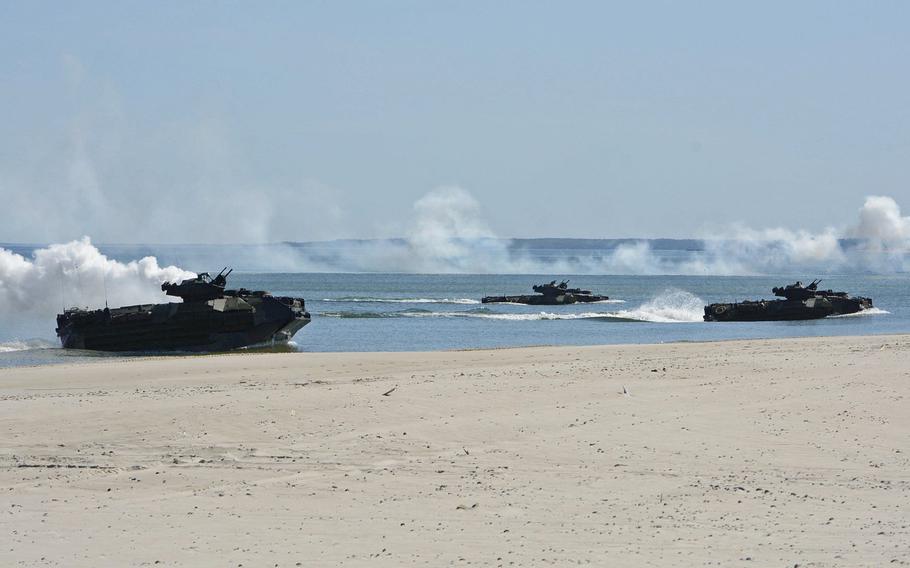 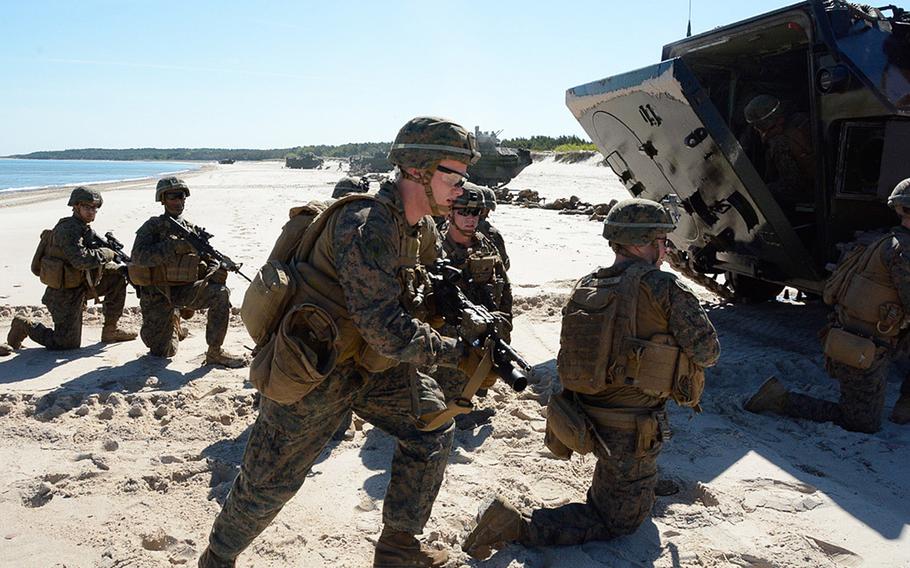 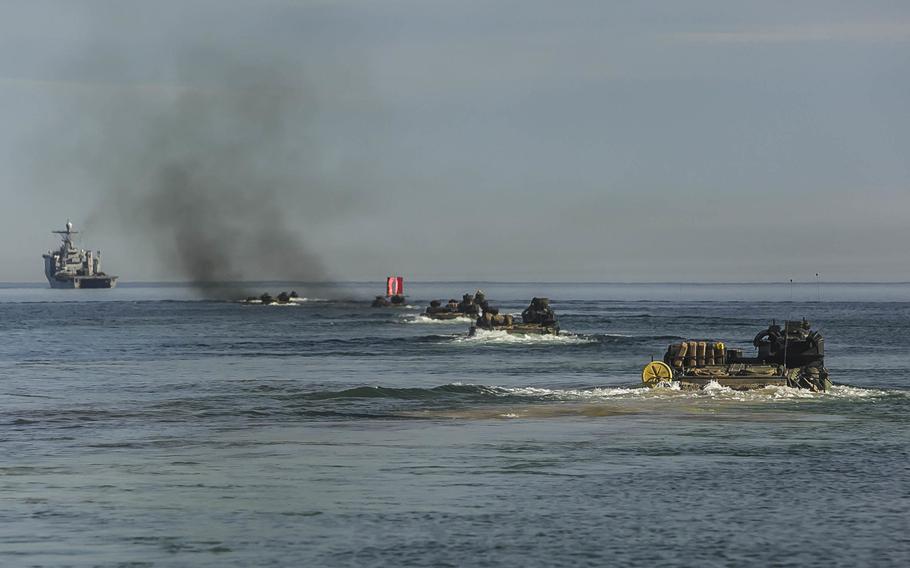 The sleepy Polish beach town of Ustka seems like an idyllic place to relax and let your guard down.

That’s exactly what the Marines wanted during training late Tuesday night. Under the cover of darkness, they and their allies raided a nearby mock enemy encampment several miles inland of the Baltic Sea.

This high-speed assault, which put an amphibious force behind the lines of an unsuspecting enemy, was the culmination of several beach landings this past week by Marines, and Polish and Romanian troops. The drills are part of the larger two-week Baltic Operations exercise, which ends Friday. It includes 16 allied militaries and observers from other nations.

The exercise is based on a scenario in which instability in the Baltics leads to insurgent groups taking power over much of the region. NATO forces are asked for help.

“The ability to conduct amphibious assaults is absolutely essential to the safety of the region, and to NATO,” said Marine Maj. Joseph Murphy, the landing force’s commander for the exercise.

“The need to maintain this ability is constant, because it’s one of the best ways to dictate the location of the battle and put our forces in a position to win.”

About 125 Marines from the 26th Marine Expeditionary Unit participated in the raid. Romanian scouts identified targets and Marines used surprise to gain the upper hand on the enemy, which was played by Polish forces. M1A1 Abrams tanks were loaded onshore days before to provide heavier firepower.

To set up the raid, Marines and Romanian naval infantry landing forces found an area where they could come ashore to minimize rocket fire and casualties from anti-access weaponry. The use of such weapons, which can include mines or missile volleys, severely restrict or deny movement in a defined area. Iran and China, among other countries, have incorporated anti-access strategies at sea in recent years.

“We are increasingly seeing anti-access capabilities around the world,” said 26th MEU commander Col. Farrell Sullivan. “That’s one reason why it’s so important that we have the option to conduct amphibious landings. Because the enemy doesn’t know where we are going to land.”

“The Krakow is smaller but newer, so I know the Marines are enjoying that,” Sullivan said. “There’s always a sense of ‘the grass is always greener on the other ship,’ but what they’re finding out is that there are a lot more similarities than differences when it comes to life at sea.”

Lance Cpl. Tyler Parrott, a rifleman with the platoon aboard the ORP Krakow, said the experience “builds that trust later in combat because you know the guy next to you will watch your back.”

After one amphibious assault drill earlier in the exercise, Polish troops invited the Marines to watch a soccer match between Poland and Chile in one of their field tents.

“They had a Polish meal prepared for us, which was pretty good,” Parrot said. “It was a lot of fun just getting to bond.”