Marines at Iwakuni take water purifier on a wet run 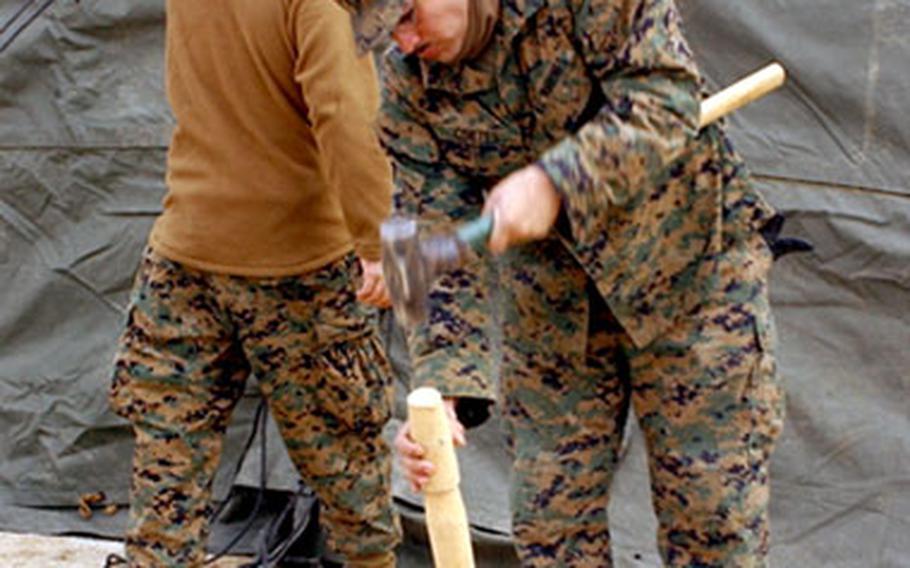 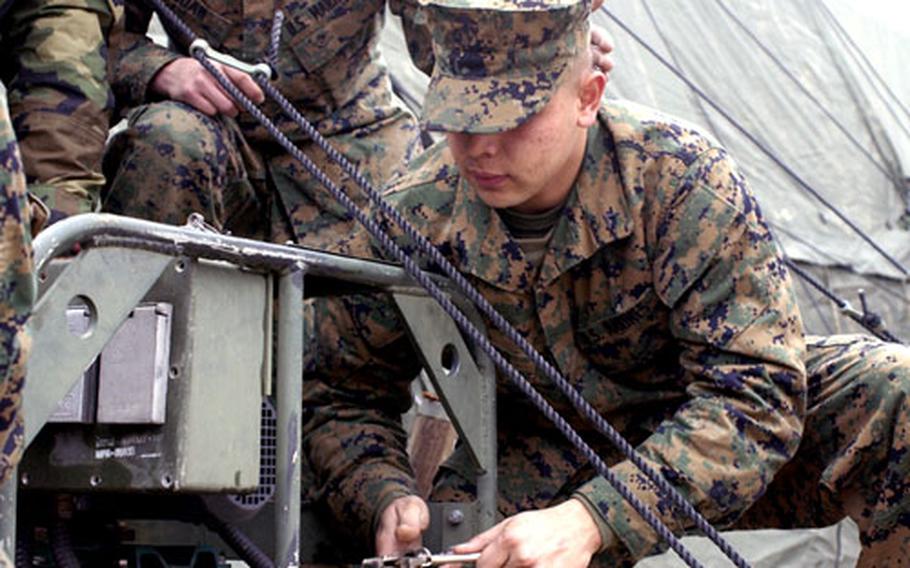 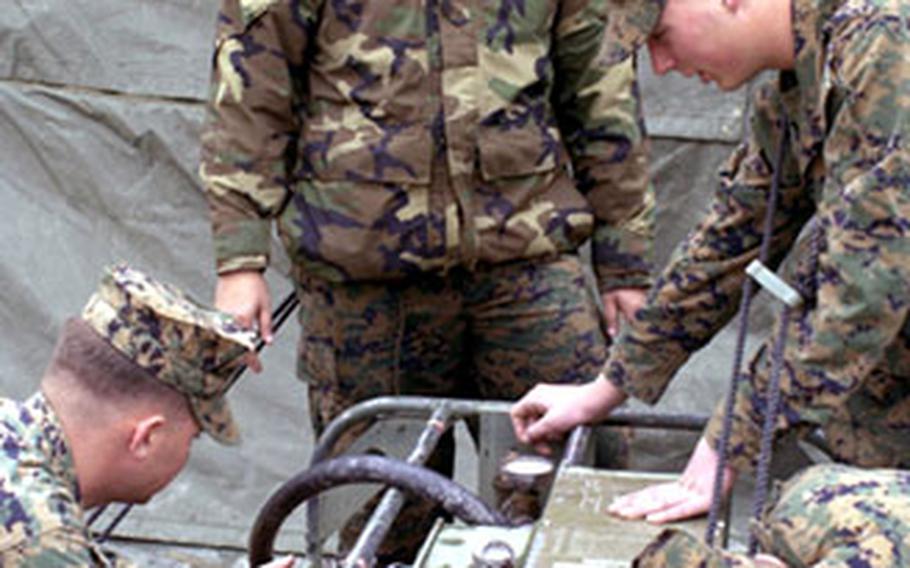 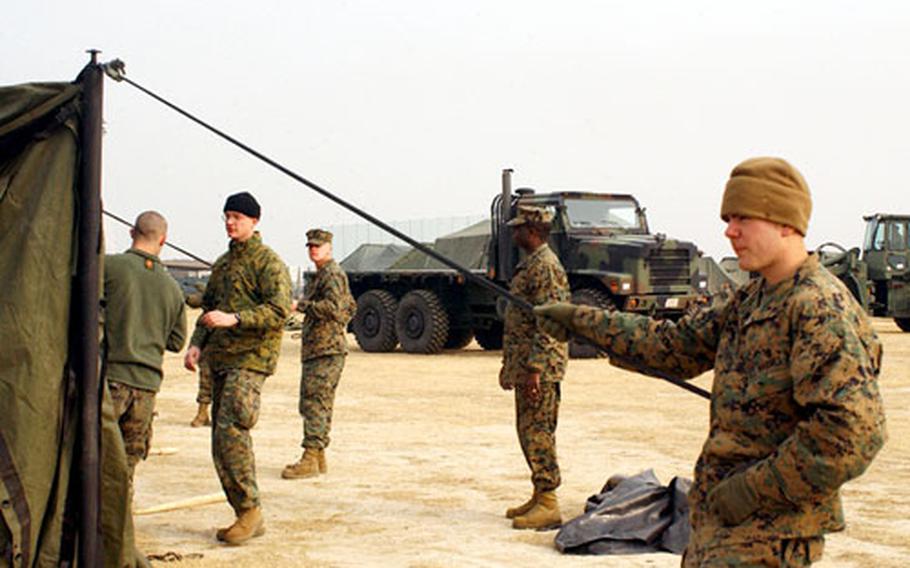 The setup will remain at Penny Lake through Friday, allowing 28 members of Marine Wing Support Squadron 171 to conduct operations with its reverse osmosis water purification unit.

The operation makes salt water or other impure water safe to drink.

While at the encampment, squadron personnel will drink the water they make and use it for cooking and washing, White said Tuesday.

The training is in preparation for the upcoming Foal Eagle exercise, when servicemembers from the United States and South Korea conduct combined field maneuvers on the Korean peninsula.

&#8220;At Foal Eagle, which lasts from early March through the first week of April, we&#8217;ll use similar equipment and make the potable water for about 900 personnel,&#8221; White said.

The squadron, he added, can make 600 gallons of purified water per hour, and the equipment can run 12 hours before maintenance is required.

White said the purification system was used in relief operations after the Dec. 26, 2004, Indian Ocean tsunami.

The water travels through an initial filter that removes debris, explained Sgt. Sadys Corcino, a purification system operator with MWSS-171.

&#8220;The second filtration removes any dissolved impurities and reduces the salt content to almost nothing,&#8221; she said. &#8220;Then we use citric acid and sodium hex to further purify the water.&#8221;

The final step, Corcino said, is adding chlorine, which kills any remaining bacteria.

So, how does it taste?