Marines and Sailors learn the Way of Tea 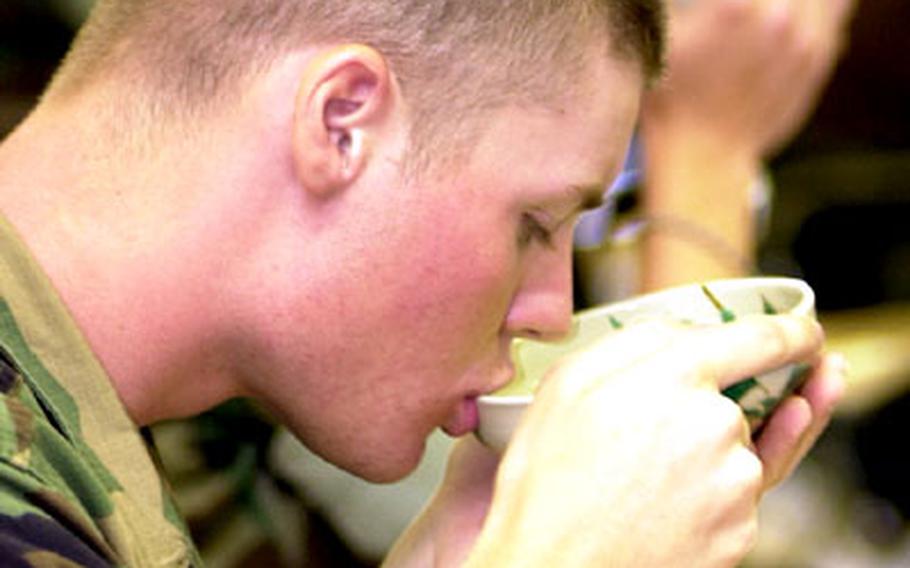 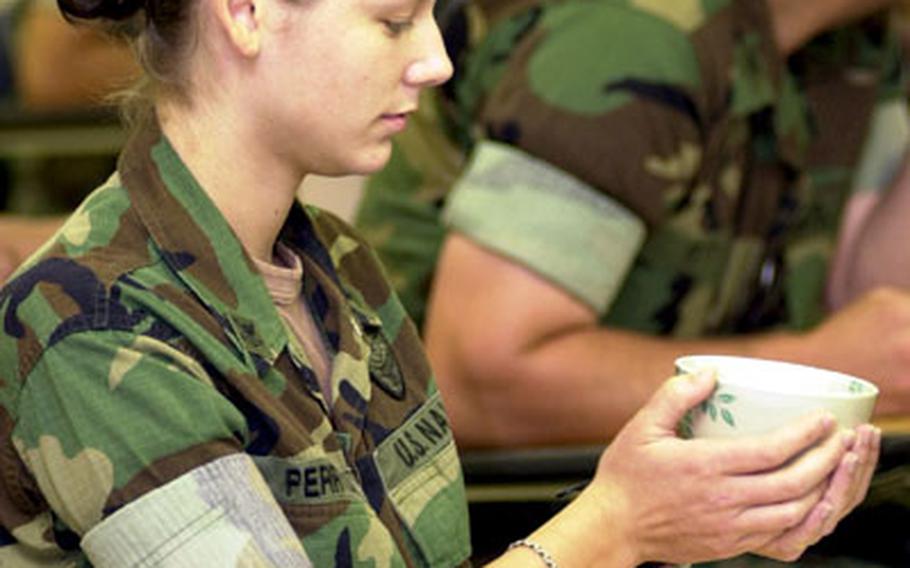 Petty Officer 2nd Class Melodie Perryman, from Command, Fleet Activities Okinawa security, admires the cup in which her green tea was served. Almost 200 sailors and Marines from CFAO were taught about the ceremony by SEN Genshitsu, former grand master of the Urasenke tradition of the Way of Tea. They were told that while drinking the tea, they should admire the bowl, which the host will choose specifically for the person being served. (Fred Zimmerman / S&S) 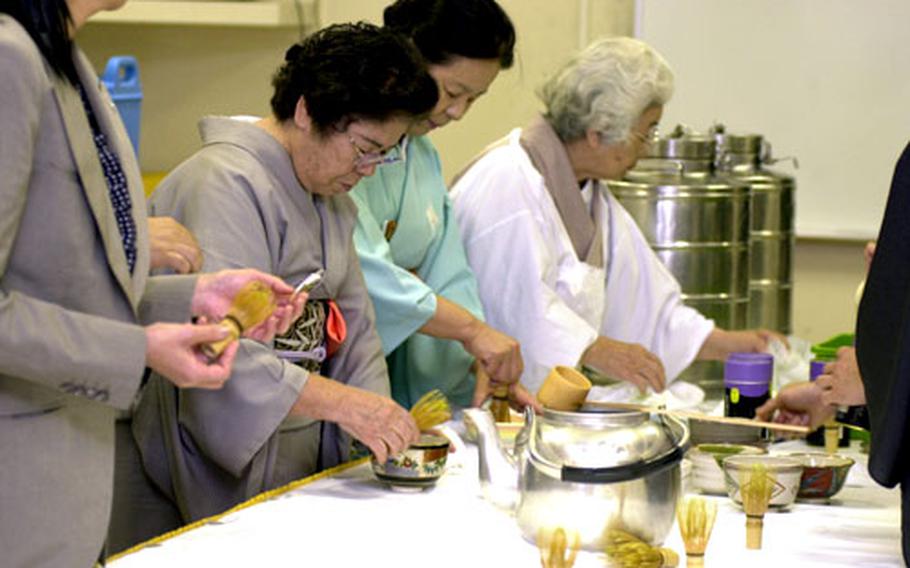 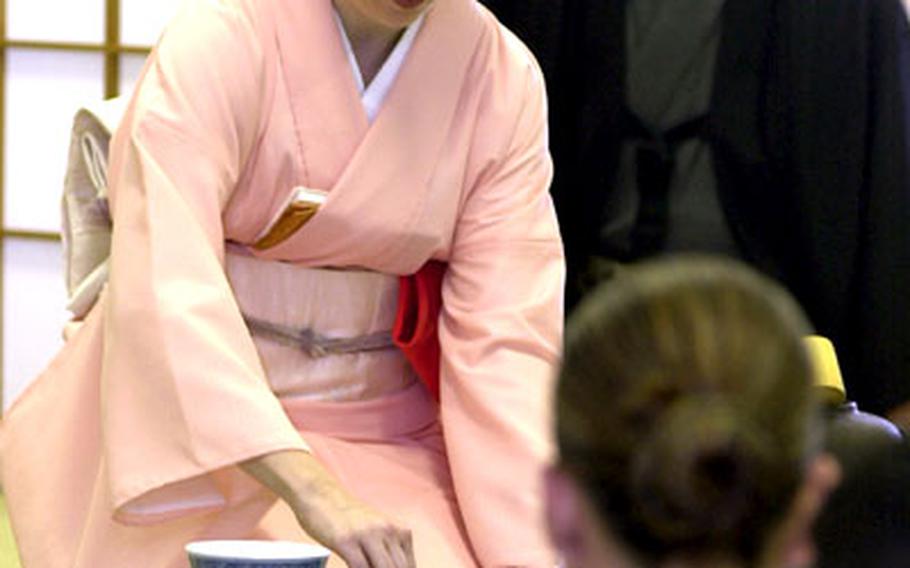 Erin Nelson fills the role of a host Monday during the demonstration of a traditional tea ceremony at Camp Shields. (Fred Zimmerman / S&S)

CAMP SHIELDS, Okinawa &#8212; Marines and sailors from Commander, Fleet Activities Okinawa enjoyed a cultural experience in a very special way here Monday. SEN Genshitsu, former grand master of the Urasenke tradition of the Way of Tea, visited the camp, introducing them to the spiritual culture of Japan.

In a small tearoom, he said, guests need to maintain peace of mind and care about each other. Being thoughtful of others and placing other people&#8217;s happiness first is the key to maintaining peace in the community. The Way of Tea is an ultimate form of democracy, he said.

A traditional tearoom has a very small entrance, called a crawl-through doorway, he said.

Also, no weapons should be carried, he said. &#8220;In the tearoom, everyone is equal and there is no discrimination.&#8221;

SEN, 82, a tall, dignified, yet unassuming former grand tea master, is the 15th-generation descendant of SEN Rikyu (1522 - 1591), who perfected the Way of Tea to the present form, which often symbolizes the spiritual home of the heart of Japan.

Following SEN&#8217;s speech, a tea ceremony was demonstrated in an impromptu tearoom prepared on a stage. The alcove was decorated with a scroll, a celadon porcelain flower vase with a hibiscus flower and an incense case in the shape of a vessel, to pay respect to the Navy.

The CFAO leadership, Capt. Robert Wilson and Master Chief Kevin Haun, demonstrated a traditional tea ceremony for the audience. They were given a small piece of cake and then served green tea. Every detail of the ceremony was explained, from the unique tools used to prepare the tea to the correct way to admire the bowl in which the tea is served.

Once the ceremony was demonstrated, the entire audience was treated to cake and hand-prepared green tea.

&#8220;I thought it was great,&#8221; said Petty Officer 2nd Class Melodie Perryman, CFAO security. &#8220;I never thought of a tea ceremony before but it was very eye-opening to culture. It seems very serene and detailed.