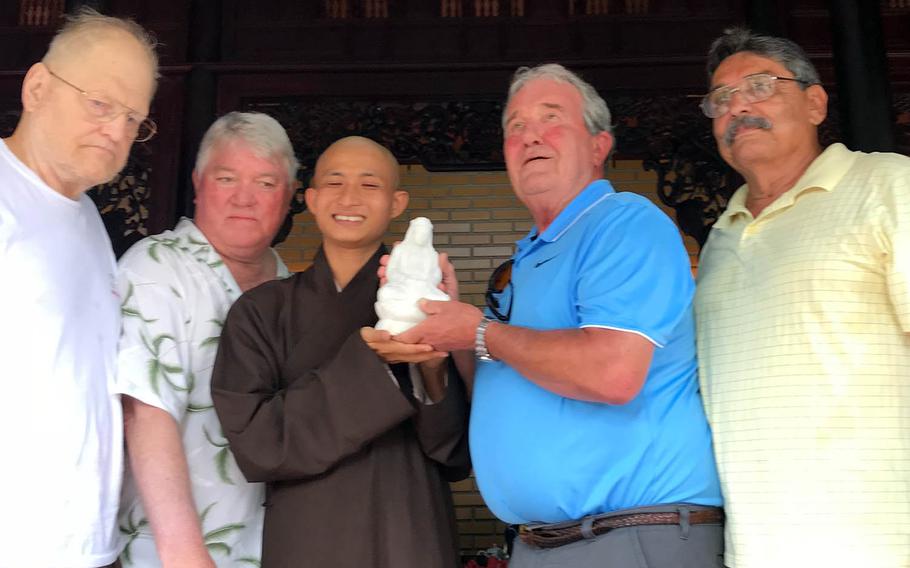 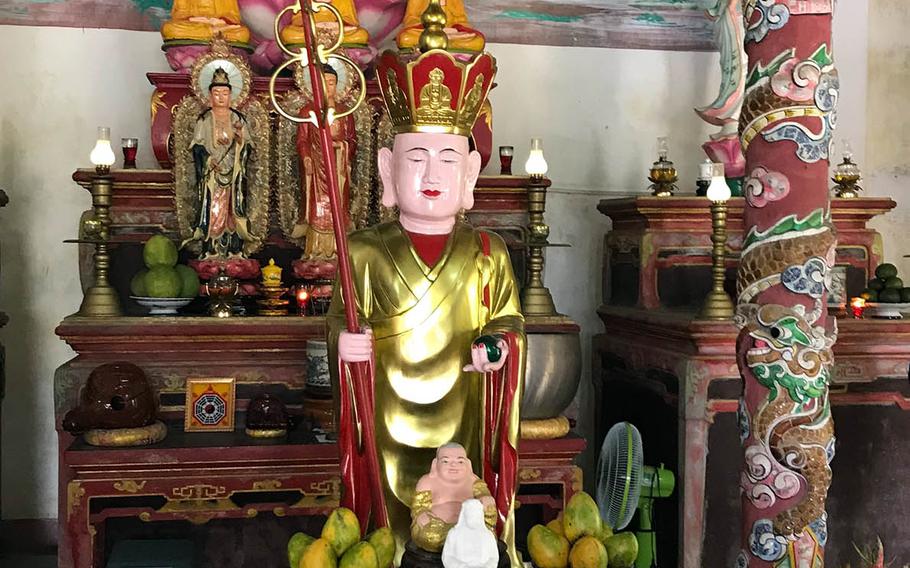 A group of former Marines returned a small, white Buddha statue taken from a Vietnamese shrine as a trophy during the Vietnam War, Saturday, June 2, 2018. (Courtesy of Julio Martinez)

Vietnam War veterans have returned a stolen Buddhist statue to the rural Southeast Asian village where it was taken as a war trophy a half-century ago.

Julio “Marty” Martinez and three of his Marine Corps buddies — Mike Duerr, Clem Edwards and Bill McMyler — traveled to Bo Ban in Quang Tri Province in north central Vietnam — and handed the statue to the local priest on Saturday.

The likeness of a female Buddha was plundered from the village shrine during a patrol in April 1968 by another Marine, who died in 2009. Minutes after taking the statue, he stepped on a landmine, blowing off one of his legs, Martinez, 70, of San Bernardino, Calif., said in a phone interview.

“I’m not saying anything is related. The engineers had gone in and cleared [the village], but they left one in by accident,” he said.

The statue ended up with the Marine’s buddies. In the years since the war, the memento has traveled to 1st Battalion, 3rd Marine Regiment reunions all over the United States. But after his first trip back to Vietnam in 2008, Martinez persuaded his friends that giving back the statue was the right thing to do.

The return had to be done discretely because of Vietnam’s restrictions on religion, he said, noting that government officials there can’t be practicing Buddhists or Christians.

The village where the statue was returned was poor during the war and it’s still poor, Martinez said.

“There’s still no running water, and it’s surrounded by rice paddies,” he said.

The trip was cathartic for the veterans, Martinez said, adding that he has no ill will toward the Vietnamese people, despite his violent experience during the war.

“For me I don’t have any issues with these people,” he said. “They defended their country, and I did what I was told to do.”