Marine unit from Rota, Spain, gets rare training at ‘The Box’ 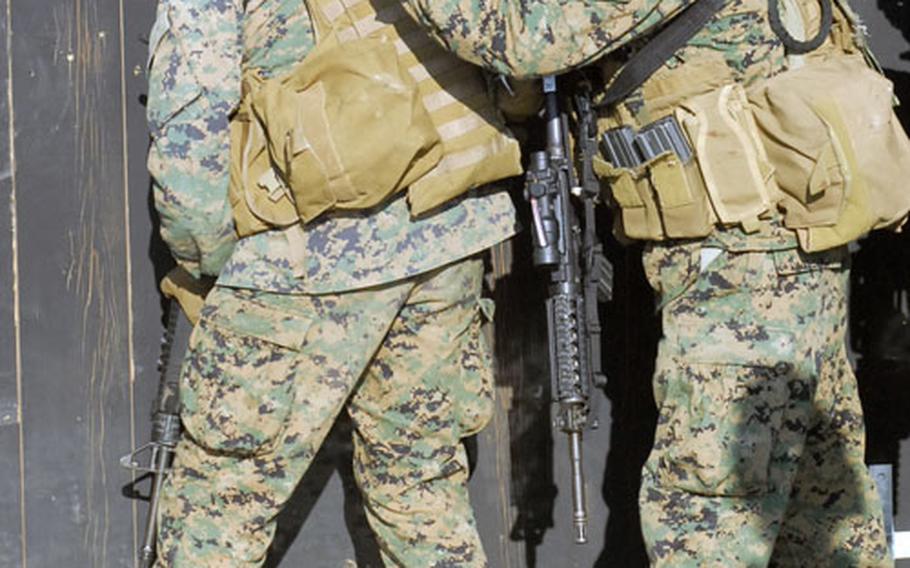 FAST Company Marines get ready to storm through a shoothouse door at Hohenfels&#39; "The Box" training area on Thursday. (Seth Robson / S&S)

FAST Company Marines get ready to storm through a shoothouse door at Hohenfels&#39; "The Box" training area on Thursday. (Seth Robson / S&S) 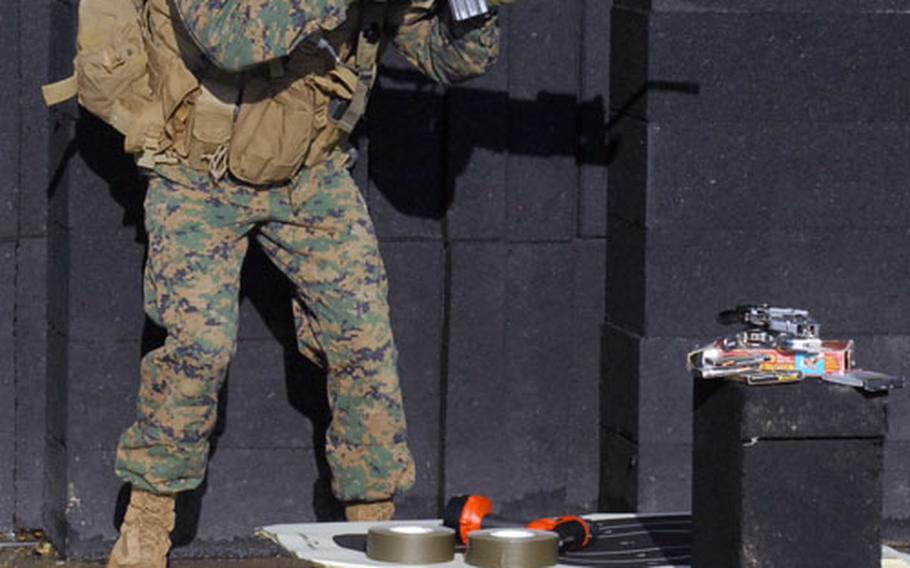 A FAST Company Marine prepares to clear a building at Hohenfels&#39; "The Box" training area on Thursday. (Seth Robson / S&S) 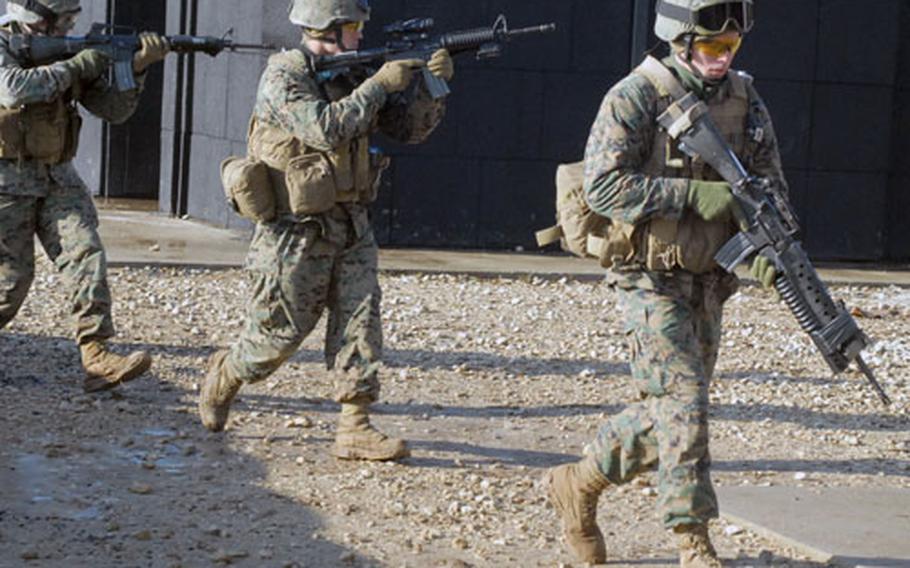 FAST Company Marines train at Hohenfels’ “The Box” training area on Thursday. The Marines, from Rota, Spain, are in Germany for a month&#39;s worth of training. (Seth Robson / S&S)

HOHENFELS, Germany &#8212; Marines from Rota, Spain, have traded warm beaches and palm trees for the snow and ice of a Bavarian winter during training to prepare them for downrange missions.

On Thursday, small teams of Marines practiced clearing a building in &#8220;The Box&#8221; training area at Hohenfels, gunning down targets inside a live-fire shoot house.

&#8220;It simulates a facility, which has been taken over (by the enemy) and they have to recapture the building. They have to go in and eliminate the hostile personnel in there and bring out the non-hostiles,&#8221; Enslen explained.

Training with the Army in Germany allows the Marines to focus on the house-to-house fight in Iraq or Afghanistan, he said.

&#8220;The mean age of my Marines is 18 to 19 years old, and most of them are at their first duty station. We know these Marines are going to head to Afghanistan or Iraq. We want to make sure they are prepared,&#8221; Salcido said.

The change in climate gives Salcido, who has deployed twice to Iraq, a chance to see how his Marines react to a different environment, he said.

It&#8217;s also a chance to learn lessons from the Army trainers, most of whom are veterans of Iraq, Afghanistan or both, he added.

One of the FAST Company Marines, Cpl. Ryan Merkel, 21, of Dubois, Ind., said urban combat training at Hohenfels is similar to what the unit does back in Spain, but the weather is a big change.

Another FAST Company Marine, Lance Cpl. Andrew McGary, 20, of Muncy, Pa., said winter temperatures in Rota are in the 60s or 70s and soldiers are surrounded by palm trees when they train. The frozen landscapes of Bavaria reminded him of the movie &#8220;Saving Private Ryan,&#8221; he said.

Staff Sgt. Kejuan Hull, 32, of Atlanta, said the FAST Company was formed in October from Marine security platoons based in Rota. Marines assigned to the FAST Company will serve six-month deployments to Rota that will include training at Grafenw&#246;hr and Hohenfels.