Marine tankers learn how to drift on ice during Norway exercise 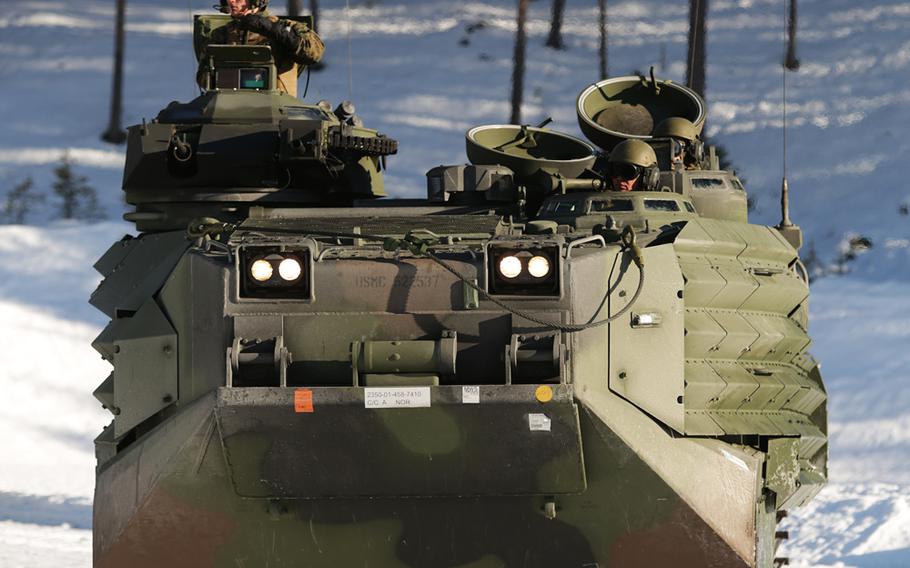 Marines with 2nd Amphibious Assault Battalion arrive at a Norwegian training area where they were going to test their driving skills on an ice course. (Chad McMeen/U.S. Marine Corps Forces)

Marines with 2nd Amphibious Assault Battalion arrive at a Norwegian training area where they were going to test their driving skills on an ice course. (Chad McMeen/U.S. Marine Corps Forces) 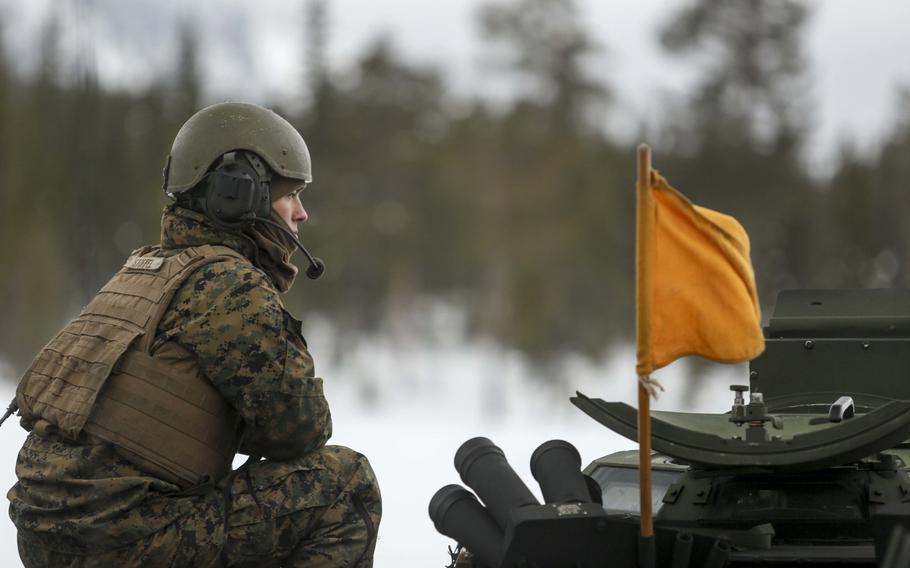 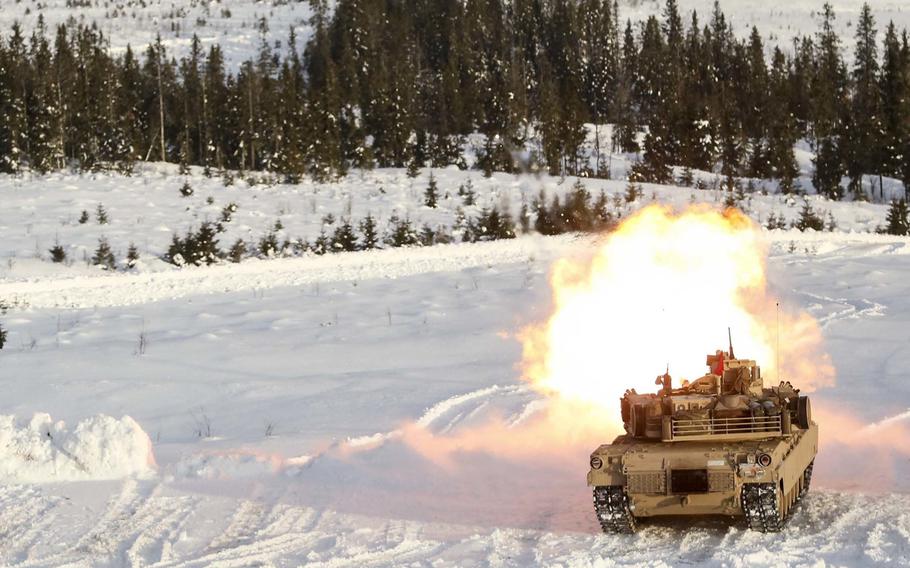 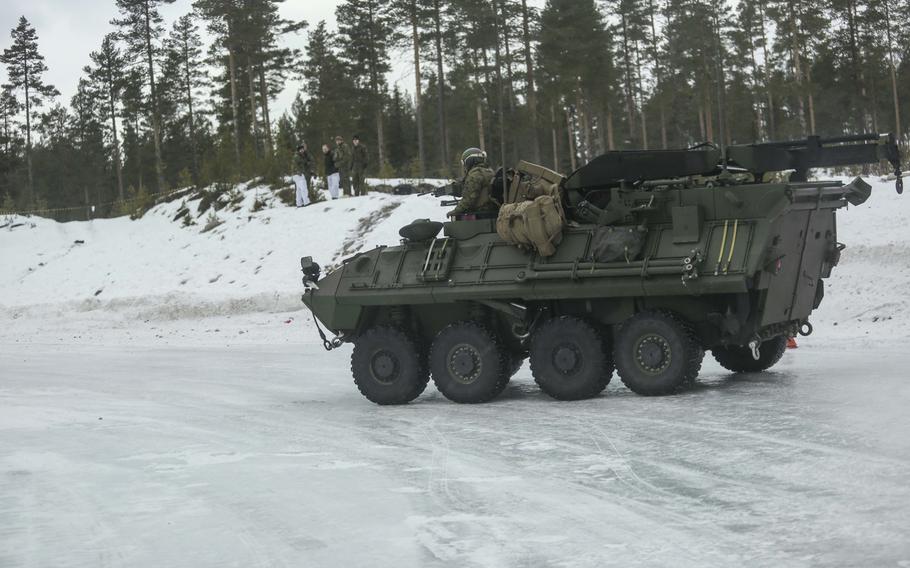 U.S. Marines are learning how to “drift” their tanks on sheets of ice, navigating the harsh Norwegian terrain on a training mission focused on improving fighting skills in the increasingly strategic High North.

“We don’t get this kind of training on Camp Lejeune,” said Staff Sgt. Kyle Lloyd, the master gunner for the tanks of Combined Arms Company Lloyd in a news release. “Driving in the snow and hills is something we never do at Camp Lejeune; being out there and learning how to drive in very slick conditions was fun to do.”

“Drifting” requires the driver to use the throttle and brakes to keep the vehicle — in this case a 67-ton tank — in a state of oversteer while maneuvering a turn.

Marines, along with members of the Norwegian army, have been operating as part of Exercise Cold Response, a joint NATO exercise that involves 12 countries and some 16,000 troops.

The exercise is a long-standing effort, but it has taken on added significant in light of tensions with Russia, which borders Norway. As part of the initiative, Marines have been picking up tips from the Norwegian counterparts, who are more skilled in the art of tank-driving on ice.

“Telemark Battalion operates in this environment quite frequently,” said Norwegian army 1st Lt. Nagnus Babsvik, a tank platoon commander. “It’s a good thing that the Marines can come here and learn from us.”

For the Marines, the training has been something of a proof of principle, showcasing that the infantrymen and their tanks can plow through snow and be effective in icy conditions.

Norway has been a key U.S. military partner since the Cold War, when the U.S. began pre-positioning military gear in caves for rapid-response missions. The military continues to keep such equipment caved, including M1A1 Abrams tanks, stored in such sites.

That has facilitated training efforts, which have included live-fire drills.

“After pulling the tanks out of the caves, we zeroed all the weapon systems to prove they would be ready if ever needed,” Lloyd said.