Marine steps in as impromptu interpreter during exercise in Japan 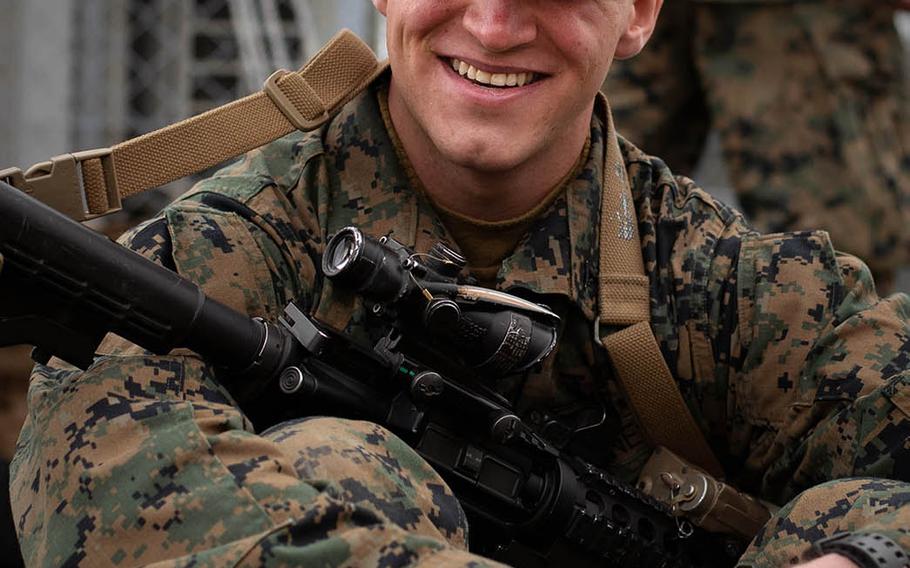 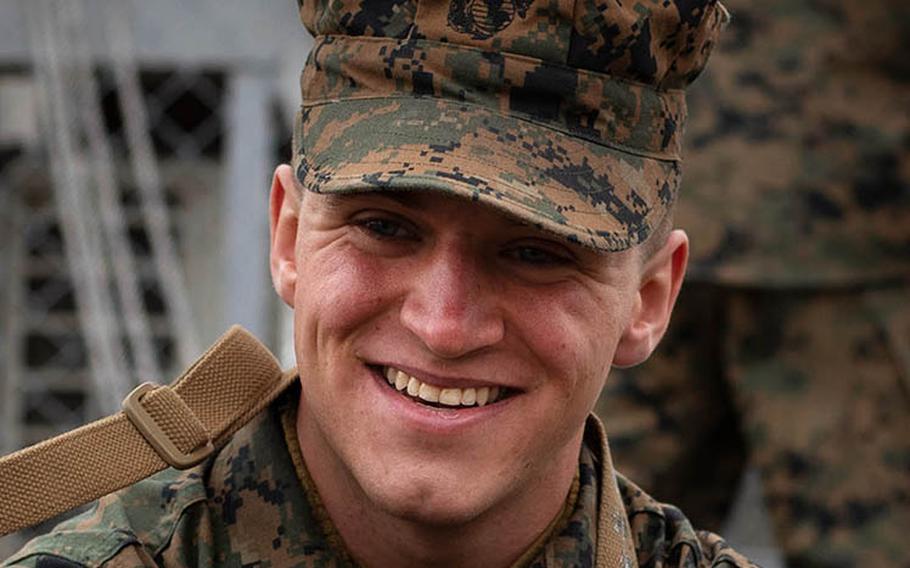 TAKASHIMA, Japan — Lance Cpl. Robert Lehman, a bilingual rifleman who lived in Japan for two years before enlisting in the Marine Corps, helped his fellow Marines overcome a language barrier during recent training with the U.S. ally.

As a missionary, Lehman traveled the country and left in 2016 fluent in Japanese. His linguistic services provided his leaders a bonus; it’s rare for Marines serving in a field unit to be fluent in the local language.

Having a translator who is also a Marine when working alongside partner nations is invaluable, said Capt. Ayrton Foy, commander of F Company, 2nd Infantry Battalion, 23rd Marine Regiment.

“There is always the potential that [a native] interpreter doesn’t understand the idea of living in the field,” Foy said. “A Marine will know the essential equipment he needs to bring, and you don’t have to worry about him being a liability.”

A bilingual Marine can keep up on a march and take part in an attack, but also understands Marine Corps tactics, techniques and procedures, he said.

Lehman was on loan to F Company to assist the Marines who teamed up with soldiers from the JGSDF’s 7th Infantry Regiment, Middle Army, for Exercise Forest Light 19-2 in early February.

“They are very lucky to have him at his proficiency level to be able to listen and quickly translate things,” 2nd Lt. Brett Vanier, a communications strategy officer supporting Forest Light, said during a Feb. 7 interview with Stars and Stripes.

Before he was commissioned as a Marine officer, Vanier was an enlisted Marine and an Indonesian linguist. Even Marines who spend nine-months at the Defense Language Institute in Monterey, Calif., are often not proficient enough to translate on the fly the way Lehman is able to, Vanier said.

Native speakers make the best interpreters because they understand the nuances of the language; however, they are often not highly proficient in English, Vanier said. Things can get lost in translation, which is why bilingual Marines like Lehman are so valuable.

Most Marine linguists who graduate from the language institute — where they learn a country’s history and culture as well as its language — end up working for the National Security Agency, Vanier said.

He said he spent three years as a linguist for the NSA in Hawaii, but rarely worked on a mission related to Indonesia.

Many linguists would love to support a company of Marines during exercises like Forest Light, he said. Referring to Lehman’s example, he said the Marine Corps would also benefit from sending its linguists into the field more often.

“The only thing I wanted to do after I graduated from DLI was visit Indonesia and use what I learned,” Vanier said.

During the Forest Light exercise, the biggest challenge for the Marines of 2-23 was overcoming the language barrier, said 2nd Battalion commander Lt. Col. David Ortiz.

“When you conduct any type of bilateral exercise, you will never have enough linguists. I don’t think this is a unique problem for Forest Light,” he said. “It is a challenge you will always face when working with a foreign partner.”

Lehman was the most helpful by spending his off time helping the JGSDF linguists understand Marine jargon so they, in turn, could provide better translation services between JGSDF and the Marines.

Marines and other U.S. forces often rely on interpreters provided by the partner nations when conducting bilateral exercises. The same rule applies to forces in combat zones like Iraq or Afghanistan, where civilians who grew up in-country are hired as translators.

Additionally, the Marine Corps does not track language skills for individual Marines unless it is required for a specific military occupational specialty, although commanders may track and employ self-professed bilingual Marines as they see fit, said Capt. Karoline Foote, a Marine spokeswoman in an emailed statement to Stars and Stripes.

Vanier said 2-23 has been smart about the rotation and use of their bilingual Marines. Besides Lehman, the battalion’s two Korean-speaking Marines were attached to the infantry company that is deployed to Korea.

Lehman, who self-identified as a fluent Japanese speaker before the deployment, said being bilingual builds cohesion between two countries.