Marine reservists the latest left on the hook for 'erroneous payments' 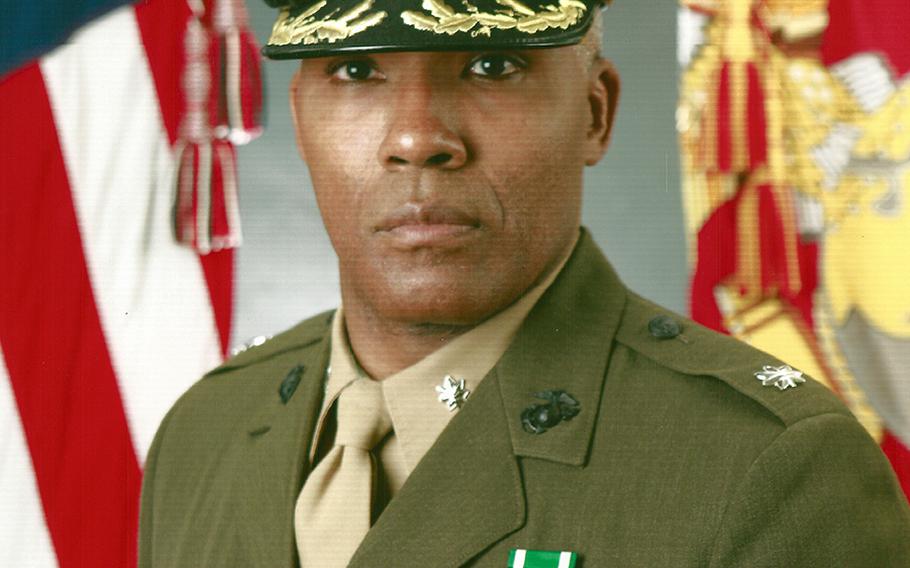 Lt. Col. Rollin Jackson, a reserve officer with the Marine Corps, has been engaged in a two year fight with the service over a debt he says is not legitimate. The Marine Corps levied Jackson with an $85,000 debt in connection with certain allowances the Corps contends were issued in error. (Courtesy photo)

During that time, he was required to live in a hotel near his duty station in San Diego, where he worked as a mobilization officer.

Then, without warning, the Marines told Jackson he had been overpaid. Based on a technicality — that Jackson signed his mobilization orders upon arrival in San Diego rather than at his home in Missouri — the Marine Corps determined that Jackson owed $85,000 that he was paid for hotels and per-diem during his tenure in California. The Marines also sent his government travel card statement, carrying a balance of $9,996.25, to a collection agency, Jackson said.

He and other Marine Corps reservists are the latest group of servicemembers and civilian Defense Department employees in dispute with the military over whether certain allowances were properly paid or have to be repaid.

“There are Marines, junior Marines, who are also being harmed,” Jackson said. “There are many, many people out there in a similar situation as mine. It’s not just Marines.”

Army reservists in Germany also are facing debts over possible errors in housing and other allowances given to troops placed on active duty. In addition, about 700 DOD civilians working overseas have been told they were awarded LQA (living quarters allowance) in error.

While the circumstances in each case vary, there’s one thing most have in common: Troops and civilians are on the financial hook for benefits they were promised when they were activated for duty away from their home base or hired into the civil service.

Since coming off active duty in 2012 and returning to Missouri, Jackson has been struggling to rescue his family from a mountain of debt. He’s sought help from military personnel officials and some members the Marine Corps’ most senior leadership, who have expressed sympathy.

“Just wanted you to know we’re going to work this,” Marine Gen. Joseph Dunford, then-assistant commandant of the Marines Corps, wrote in a March 7, 2012, email to Jackson.

“There are apparently many cases like yours,” wrote Dunford, who now heads U.S. and coalition forces in Afghanistan.

Two years later, despite numerous appeals for support to seemingly sympathetic commanders, nothing has changed for Jackson. “Everybody is sitting on their freaking hands,” he told Stars and Stripes in a phone interview in December.

Many of those affected are asking why those who made the mistakes are not being held accountable when, in most cases, the military itself acknowledges servicemembers and civilians are not at fault for “erroneous payments.” For example, DOD acknowledged that it was bureaucratic errors and not the nearly 700 overseas civilians who were responsible for allocating housing allowances. The Army made similar admissions in connection with a group of Germany-based reservists indebted through no fault of their own.

Those now told to repay allowances or seek special debt relief waivers argue that the Defense Department and its service components need to reform how they seek restitution on certain allowances deemed to have been allocated in error.

“You can’t go around preaching military family to me and levy debts like this on somebody,” Jackson said.

In the case of the Marines, between April and July 2012, the Corps launched a wide-ranging review of reservist orders to discover whether benefits were being paid in error. In all, 79,000 sets of reserve orders were reviewed, 25,000 of which were “determined to need further analysis,” according to the Marines. Of that analysis, 83 were found to have possible travel claim or entitlement issues. Nineteen of those involved Marines in situations much like Jackson, which deal with the “place last entered active duty,” known by the acronym, PLEAD, according to the Marines.

Like Jackson, Rachel Knight was indebted based on a technicality — she signed orders away from her Idaho home after being placed on active duty in California, where she served for about two years. According to the Marines, receiving orders upon arrival at a duty station can constitute a break in service and change a Marine’s PLEAD.

“The Marine Corps is well aware and actively working to resolve the issues for the existing affected members and establish long-term solutions to help prevent future issues related to PLEAD,” Haney wrote in a statement.

Jackson, however, says he believes the Marines have misunderstood the regulations and has been fighting to have his case heard for two years.

“They (the Marines) have not reached out to me. I’m on my own,” Jackson said, noting that his appeal to the military Defense Office of Hearings and Appeals is yet to be heard.

Meanwhile, Knight, a former staff sergeant who received allowances to subsidize housing expenses for her dependents back in Idaho and for her daily expenses in California while on active duty, also says she’s received little support from the Marines. The Corps determined that it had erred in granting certain payments, citing issues with her PLEAD, Knight said.

While the Marines declined to comment on individual cases, those affected have been advised by the Corps that they can seek a debt waiver from the Defense Office of Hearings and Appeals.

Knight, however, said without a guarantee that the debt will be erased she’s reluctant to sign a document that includes the tacit acknowledgement that the debt is legitimate.

Now, Knight’s debt notice arrives in the mail each month.

The Defense Finance Accounting Service, which processes paychecks, wants her to pay $1,800 a month and has threatened to send her to a collection bureau as well as legal action.

“We may also refer your delinquent debt, along with additional processing fees, to the Department of Justice for legal action and to the Treasury Department for administrative offset against any payment due to you from Federal and State Governments,” read a DFAS billing statement issued to Knight.

Knight said she pays a token $5 toward the debt each month to show good faith in hopes the Marines will eventually take action to relieve her of the financial burden.

“Either I am being maliciously targeted or they are grossly incompetent,” Knight said. “But either way, I shouldn’t be the one paying the price. None of us should be.”

Meanwhile, Jackson, whose 30-year career with the Marines began when he enlisted at 17 and who works as a professor and education consultant in Missouri when not on active duty, said his efforts to appeal the debt have been stymied by the Corps.

“I am appalled we have organizations out there that are getting away with treating their people this way,” Jackson said.