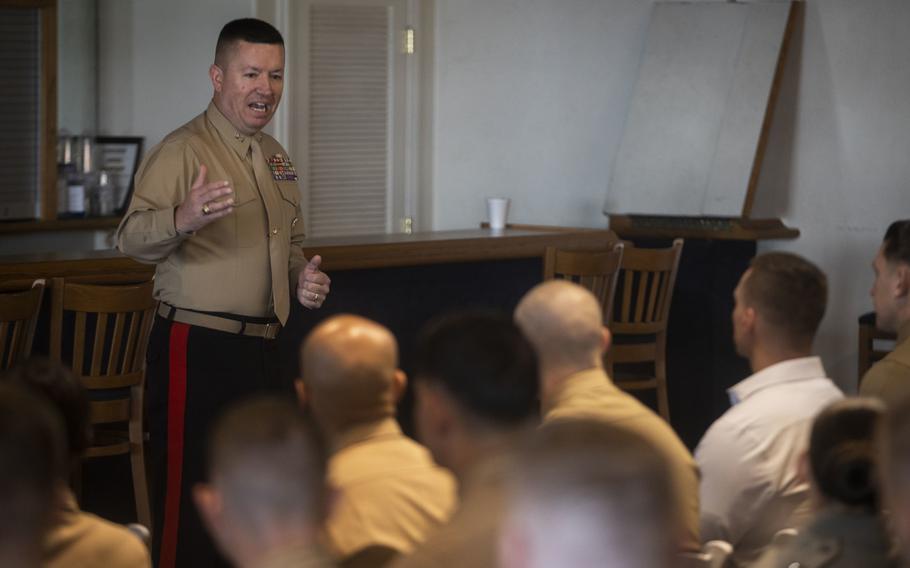 A Marine Corps Recruiting Command memo March 17 called for recruiters to “strike the difficult balance between mission and the protection of our team and families,” adding that travel is limited to mission-essential requirements.

“Where we can’t stay physically connected to our target market, we’ll stay connected through virtual means,” the memo said.

However, recruiters who spoke with Stars and Stripes said the threat posed by COVID-19, the disease caused by the coronavirus, isn’t being taken seriously enough.

“Recruiters are still expected to do interviews in their office and drive kids to (Military Entrance Processing Station) where they may not be able to practice preventive measures for COVID-19,” a Marine recruiter in Michigan said on condition of anonymity, because he was not authorized to speak.

There were 1,791 coronavirus cases and 24 deaths in Michigan as of Tuesday, the Michigan.gov website said.

The threat posed by the virus led the Army to shutter all of its recruiting offices and rely more on social media. The Navy has said it will continue in-person recruiting, though they have closed their doors locally, the Michigan recruiter said.

“Walking up to different branches of services’ recruiting doors you can see Air Force, Navy and Army is gone, Marines are still here,” the Michigan recruiter said.

The Marine Corps Recruiting Command did not specify how many of its offices remain open, following a Stars and Stripes query.

“The Marine Corps Recruiting Command remains steadfast in its mission to find quality men and women to serve as Marines, and during this national emergency, directed specific steps be taken by recruiting personnel as they interact with prospective applicants,” command spokesman Gunnery Sgt. Justin Kronenberg said in a statement.

Large portions of the country have been directed to stay home, which “has a dramatic effect” on recruiting and limits “important in-person conversations” that help determine an applicant’s future, he said.

In Louisville, Ky., a March 16 memo from the recruiting office there begins with a motivational quote from Chesty Puller, a Marine Corps legend. It then says that “the environment is changing rapidly but one thing [that] is not changing is our mission and we will make our mission.”

Making mission normally requires working 16 or 17 hours a days, five to six days a week, said a Marine recruiter at the Louisville station. Sometimes even that’s not enough.

“I received a mission increase once because my peers could not make their mission,” said the recruiter, who spoke on condition of anonymity for fear of reprisal.

But the Louisville-Jefferson County area had at least 35 confirmed cases and one related death as of Tuesday, the Johns Hopkins Coronavirus Resource Center website said.

In light of the situation, the local recruiter said business as usual should not continue.

“The people [MCRC] is putting at risk are not just recruiters, it’s their families with health problems too,” the Louisville recruiter said.