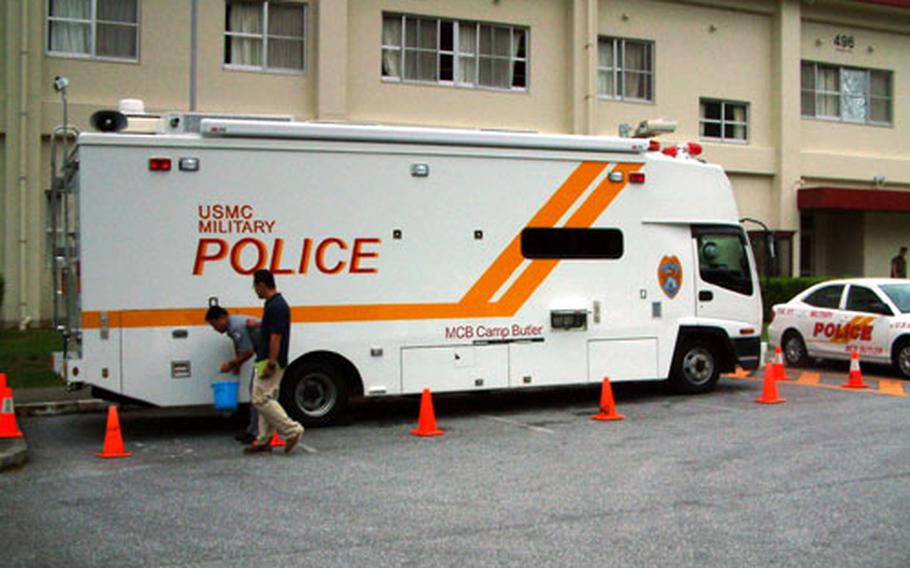 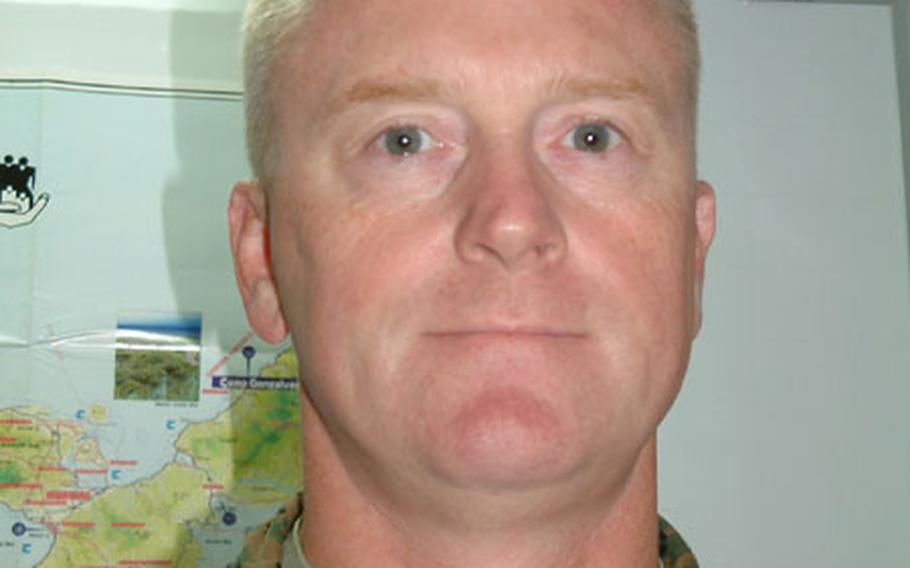 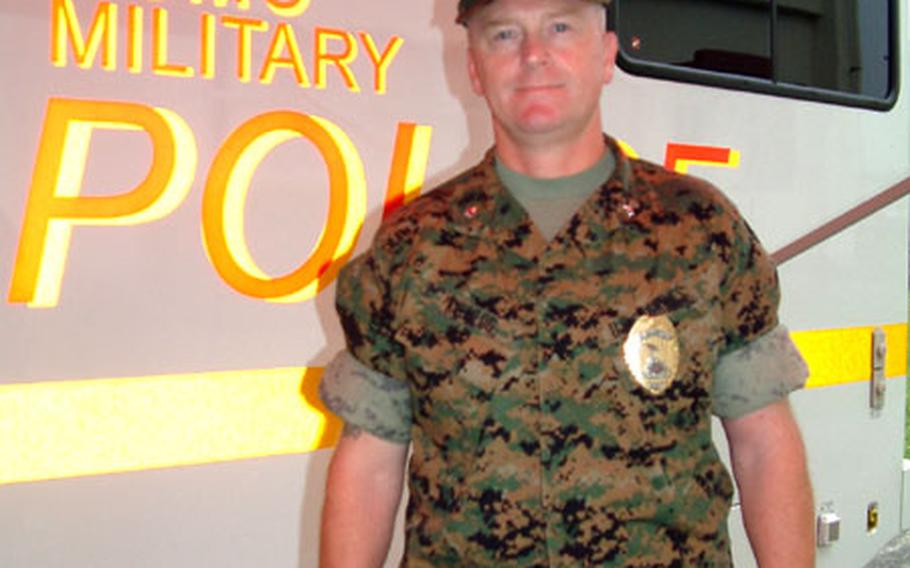 Lt. Col. Kevan B. Kvenlog, Provost Marshal for Marine Corps Bases Japan, shows off a new $450,000 mobile command post that will be used by Marines on Okinawa. (David Allen / S&S) 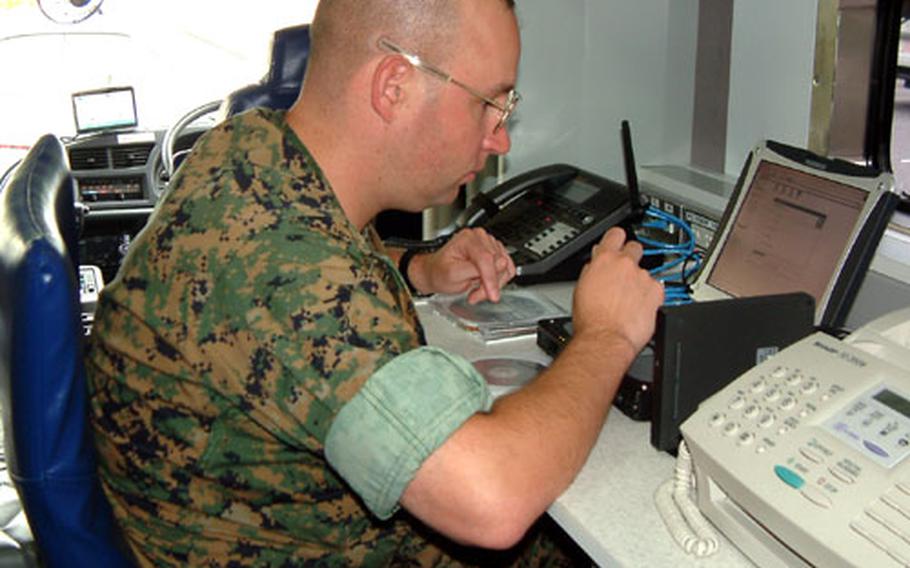 Marine Staff Sgt. Michael Abballe programs a new computer at a workstation in the Marines&#39; new $450,000 mobile comand post on Camp Foster. The vehicle is one of two purchased for Marine bases in Japan. Thirteen others are being provided for Marine bases in the U.S. (David Allen / S&S)

CAMP FOSTER, Okinawa &#8212; The Marine Provost Marshal for Marine Corps Bases Japan has gone mobile with a $450,000 command post on wheels that looks like an RV and is equipped with everything.

Including the kitchen sink.

Although the command post is not scheduled to officially roll into service until a ribbon-cutting ceremony June 16, Marine Provost Marshal Lt. Col. Kevan B. Kvenlog is already showing it off.

&#8220;Oftentimes, when you have an emergency response like a terror threat or a hostage situation or someone barricaded inside their house, you&#8217;d have to knock someone out of their house next door so you could take over their kitchen as a command post,&#8221; he said. &#8220;That&#8217;s not a very good thing. With the mobile command post, we&#8217;d be able to pull up to the scene equipped with everything we need.&#8221;

And if the situation moves on, so can the command post.

The idea for a mobile command post on Okinawa gelled several years ago when the Marines converted an old bus into a mobile unit.

Kvenlog realized the old bus was on its last wheels and decided the best way to get a new one was to convince Washington brass the mobile units were necessary on Marine bases.

His pitch was so successful the Marine Corps found $5 million to provide one for each of 13 bases in the United States and two for Japan &#8212; Okinawa and Iwakuni Marine Corps Air Station.

The vehicle also has a diesel generator.

&#8220;This gives installation commanders a robust, on-scene command and control capability for emergency response and other military police-related activities,&#8221; he said.