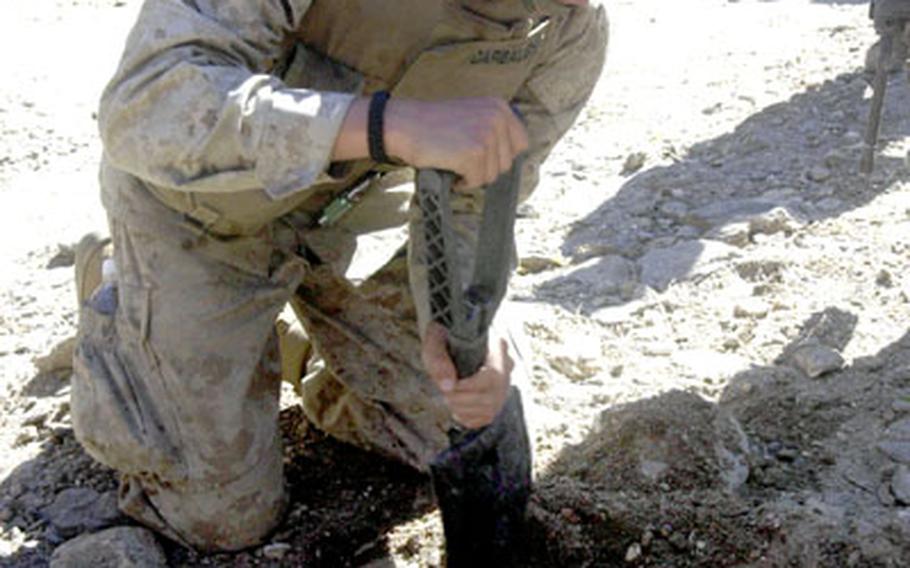 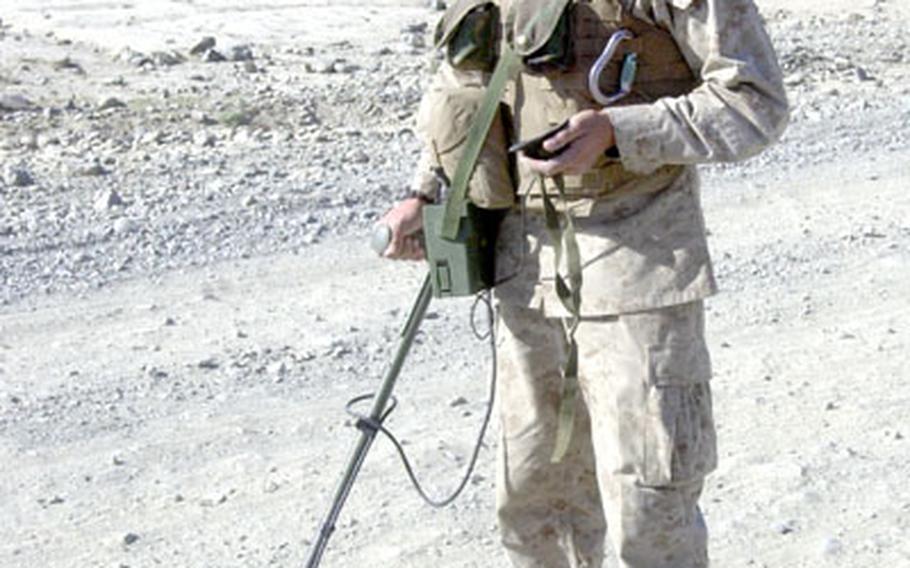 ASADABAD, Afghanistan &#8212; Imagine leading a patrol into enemy territory, unarmed, exposed, with the chance you could trigger an explosion with every footstep.

Welcome to the daily world of U.S. Marine Corps minesweepers in Afghanistan.

On Thursday, the Marines were back at it again, sweeping a stretch of road near Watapoor in Afghanistan&#8217;s Kunar province.

Using metal detectors, a pair of Marines did not encounter any explosives during their searches. Marines acting as probers were on hand with rods and shovels to further investigate any areas that the metal detectors alerted on.

The task of inching down a road under the hot sun while swinging a metal detector appears mind- numbingly tedious. But the Marines kept security high during the mission. Out of necessity.

Several roadside bomb attacks have occurred in recent weeks in Kunar province, where the troops were operating.

U.S. soldiers out of Germany provided security while the Marines swept the road.

&#8220;We&#8217;re the only Army and Marine units operating together for the operation,&#8221; said Army 1st Lt. Jesse Chapin, 3rd Platoon leader with the 212th Military Police Company out of Schweinfurt, Germany.

Wednesday&#8217;s and Thursday&#8217;s missions concluded with the sections of road cleared and no explosives uncovered.