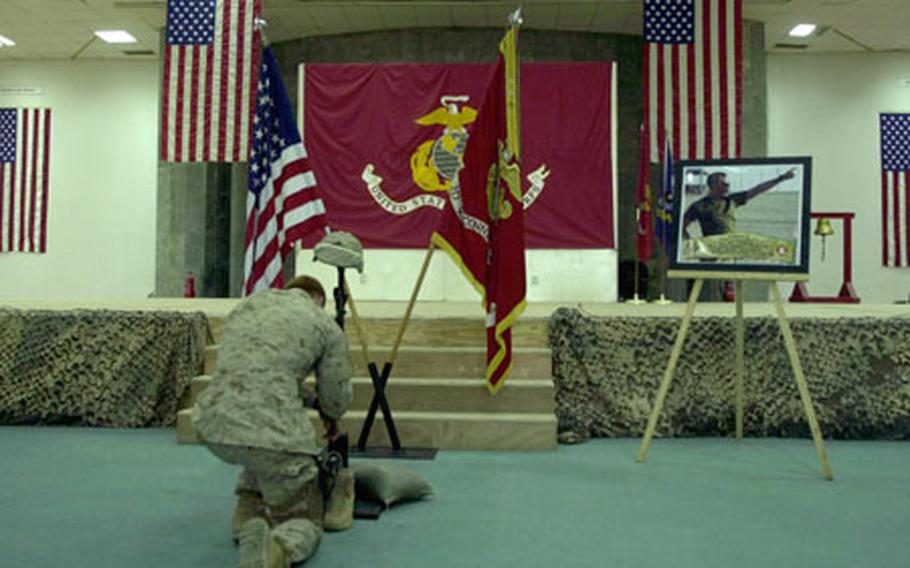 FALLUJAH, Iraq &#8212; Sgt. Brian Ernst sat for days staring at a blank computer screen, searching for the words to describe his best friend. In the end, he found, the hardest things to say often are the simplest.

Johnston, 21, was from Windthorst, Texas, a small Red River Valley town where he played football, and where his parents and two sisters still live. Johnston was a radio operator assigned to the Marine Corps&#8217; 3rd Reconnaissance Battalion out of Okinawa.

Ernst recalled some of the mischief he and Johnston got into together while deployed to Okinawa, Thailand and Guam. But he also remembered how they both signed contract extensions so they could deploy with the rest of their unit to Iraq. Johnston had been set to rotate out of the unit in mid-December.

&#8220;In a community full of big personalities, Sergeant Johnston stood out as a quiet professional,&#8221; his platoon commander, Capt. Duncan Woodard, said.

Marines and soldiers in Anbar face a different battle than troops in other parts of the country. With a nearly homogenous Sunni population, the province doesn&#8217;t face many of the sectarian problems found in Baghdad. Instead, the troops here are fighting the hard-core members of the insurgency whose main goal still is to attack American troops.

The airborne battalion began its Iraq tour near Baghdad, then was transferred to an area just north of Fallujah to replace an Iraqi battalion that was called to the capital. It was, battalion officials said, almost the opposite of what most American units do &#8212; instead of handing over their battle space to an Iraqi unit, they were inheriting an area known as trouble.

Now, the Army battalion is fighting alongside the Marines near Fallujah. The main dangers are snipers and roadside bombs, a fact reflected in one of the Psalms the Marines chose to read at Johnston&#8217;s memorial.

In the end, the Marines on Friday did what they have had to do too often. They said goodbye to a friend, kneeling before his boots, rifle and helmet, taking a moment to choose the memories of Johnston they&#8217;ll hold forever. They consoled each other, and then they went back to work.