Marine general: The war is Afghanistan’s to win 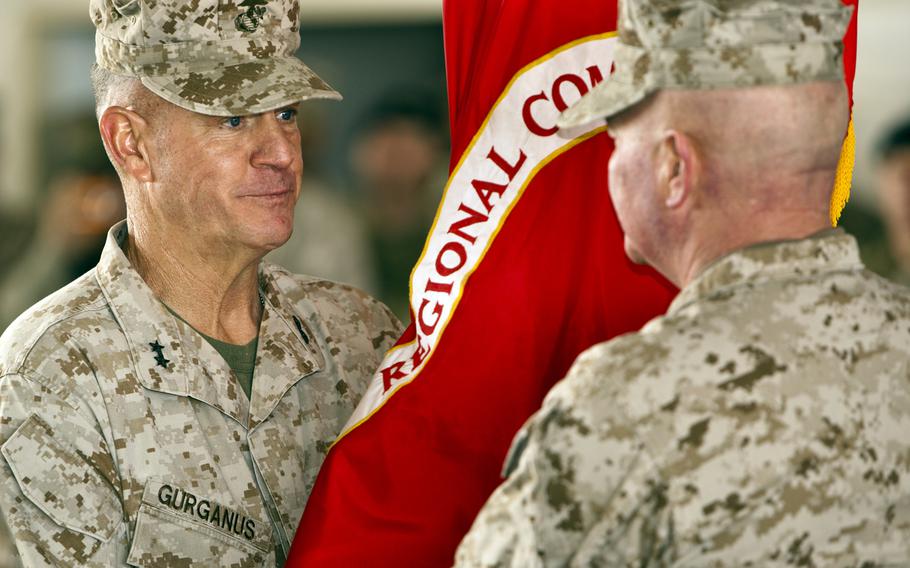 WASHINGTON — The war in Afghanistan is not the U.S.’s to win, the former commander of regional command southwest told reporters Thursday morning.

“Have we won? No. Will we win? We won’t — the Afghans will,” said Maj. Gen. Charles Gurganus, who also served as commander of I Marine Expeditionary Force (Forward). “We can’t want it worse than they want it.”

This year will be a “very, very important year” in the course of the war, perhaps the most important year so far, he said, as more Afghan security forces take the lead.

“What that means is, for the first time, the Afghans are in control of their own destiny,” said Brigadier Stuart Skeates, the British officer who served as deputy commander to Gurganus in Afghanistan.

Gurganus and Skeates declined to give specifics on how they believe the drawdown of international forces in Afghanistan should play out, but Skeates said the decision will be about the Afghans’ “ability and get out and fight.”

And, he said, while the Afghans have been seeing large numbers of casualties, that is not impeding their ability to fight.

“I know it’s probably unfashionable for a military man to sawy, but I think our politicians got it absolutely bang on,” Skeates said.

Moving forward, Gurganus said, the requirements and shape of the force will change, and more experienced military leaders will be needed for the advisory and assistance role in the country.

Right now, the Afghans still rely on the U.S. and other coalition forces for medevac, medical and precision fire capabilities, as well as some counter IED measures and intelligence gathering and analysis, Gurganus said.