Marine from Okinawa-based III MEF is killed in Iraq 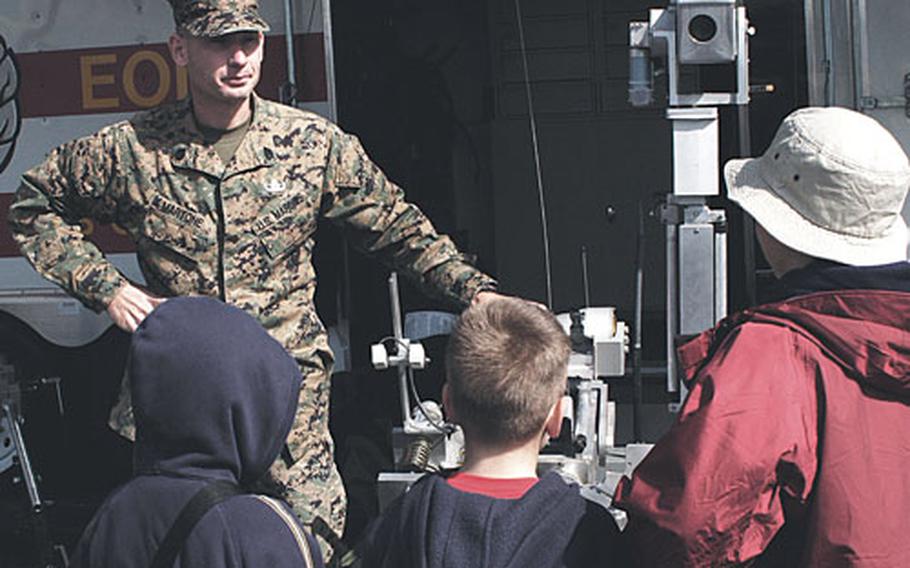 Gunnery Sgt. Justin Martone explains the functions of EOD at a 2004 Festival of Freedom and Air Show at the Manassas Regional Airport, Va. Martone was killed March 7 in Iraq. (Donald Bohanner / Courtesy of U.S. Marine Corps)

CAMP FOSTER, Okinawa &#8212; The death of an Okinawa-based Marine who was serving in Iraq was announced Thursday by the Department of Defense.

A memorial service for Martone has been scheduled for 10:30 a.m. Monday at Camp Hansen&#8217;s West Chapel. Marine officials said that in lieu of flowers, individuals are asked to make donations to the Explosive Ordnance Disposal Memorial Scholarship at www.eodmemorial.org or by mail to EOD Memorial Committee, P.O. Box 594, Niceville, FL 32588.