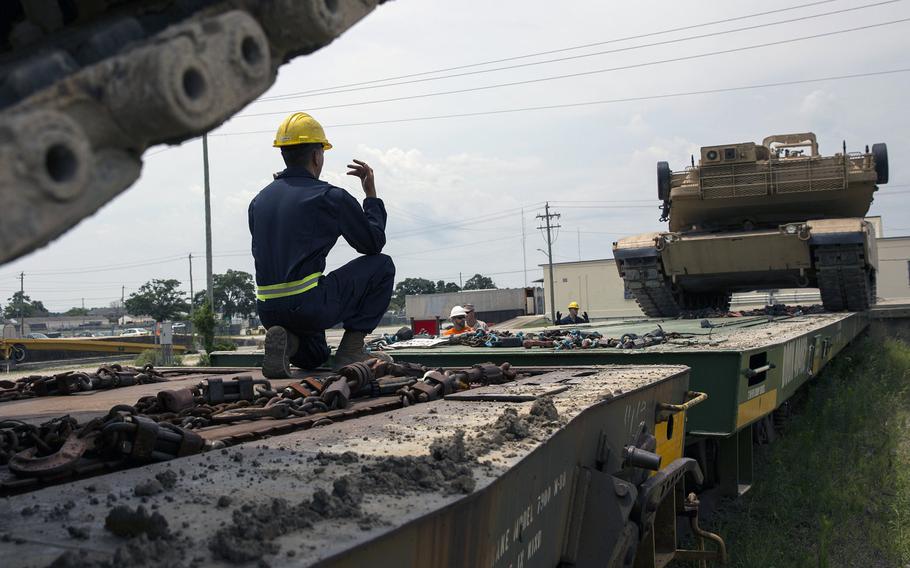 NAPLES, Italy — A Marine company with tanks, artillery and armored vehicles has arrived in Europe as the first rotation of the Corps’ expanded Black Sea footprint.

After entering the German port city of Bremerhaven on Sunday, the new Combined Arms Company was beginning its move to Bulgaria’s Novo Selo Training Area, where it will incorporate armor and heavy weapons into exercises the Marines already conduct with local forces around the region. The new force also provides an armor element to the Marine crisis-response task force in Moron, Spain, according to Marine commanders.

The unit is part of the broader American effort to support eastern European allies unnerved by Russia’s annexation of Ukraine’s Crimea Peninsula last year, its support for separatists in eastern Ukraine and Moscow’s growing assertiveness at sea and in air.

The deployment resembles the Army push to pre-position heavy weaponry at sites in six east European countries. Those plans call for the placement of 250 Abrams tanks, Bradley fighting vehicles and artillery in Poland, Romania, Bulgaria and the three Baltic nations.

Current plans call for three six-month rotations of the Marine company, which will be attached to the battalion-sized Marine unit out of Mihail Kogalniceanu Air Base in Romania. That unit, of about 550 Marines, includes the Black Sea Rotational Force, which already trains with regional militaries.

Marine leaders say the movement of personnel and equipment to Novo Selo by rail is a training event in of itself, requiring the efforts of several European governments.

“The result of this collaboration and coordination is that the various agencies and organizations involved are familiar with each other now rather than learning about one another after a crisis happens,” Lt. Col. John Sattely, director of logistics for Marine Forces Europe-Africa, said in a news release.

Marines rotating to the new Combined Arms Company will come from II Marine Expeditionary Force, out of Camp Lejeune, N.C. Funding comes through the European Reassurance Initiative, a roughly $1 billion account aimed at expanding the U.S. presence and exercises in Europe.